BBNAIJA:: TACHA WAS DISQUALIFIED WITH HER VOTE ,AND SHE HAS THE HIGHEST VOTE. 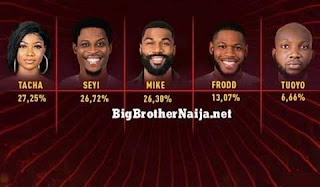 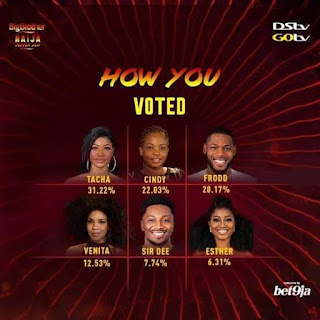 Some people were saying that big brother suppose have mercy for her because of her vote.

The reason she was disqualified Becca of the fight she got into with MERCY .

Mercy got involved in a fight earlier in the day with Tacha, the disagreement  started when the head of house SEYI called everyone to the lounge, so they could read their task for the day from biggie scroll , mercy who had just finished having her bath later for the reading a situation which got Tacha  bad  and she began to insults on mercy who's quick to insults her back.