DAVIDO ASKED HIS FANS TO DROP THERE ACCOUNT DETAILS ,(SEE WHAT HAPPEN). 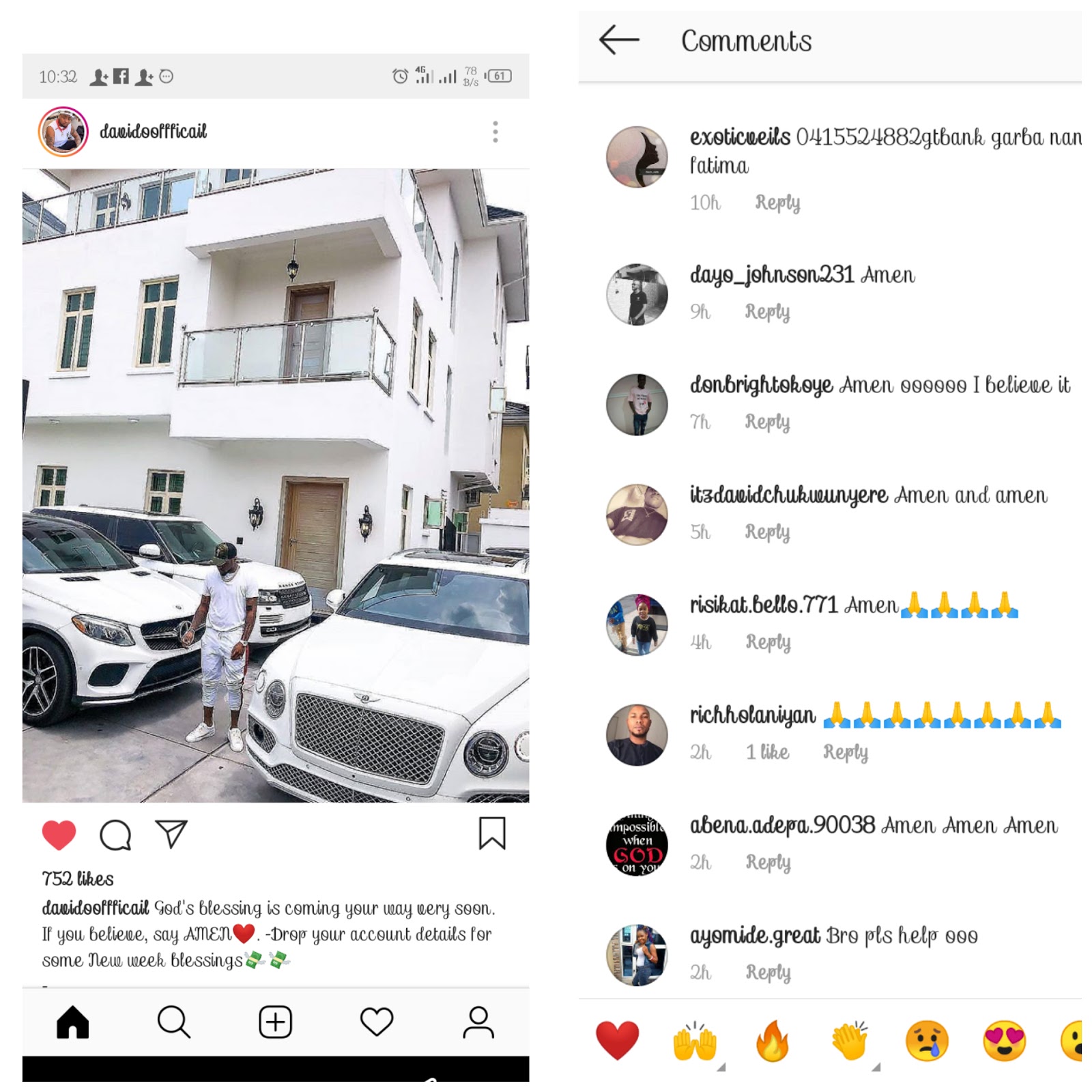 Nigerian  most famous, most popular and the most top artist know as (DAVIDO), Ask he fans to drop  account details for a new week on Instagram.

The  artist who  traveled to new York for a friend party , rock the party with his friends  last night https://www.crackedgist.com/2019/10/davido-on-new-out-fit-with-his-new-born.html. Well the party went so great like, he  performed his songs. Davido have been so good  to his fans and also his enemies,but  some peoples still brass him for the kind of man he is.

Still on the new we have now , crackedgist later find out that he credit his fans accounts but don't know the exactly how much it is.

Still you can go on and check for your latest celebrity news on. https://www.crackedgist.com/