EVERTON VS WESTHAM UNITED WATCH THE HIGHLIGHTS, AND SEE HOW EVERTON DEFEATED WESTHAM. 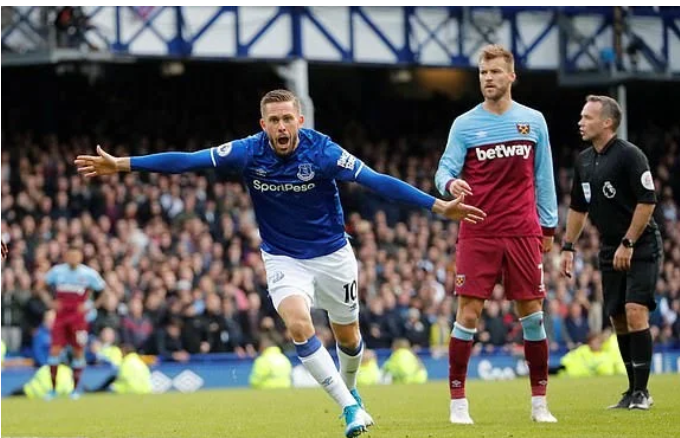 The great match was hosted at Goodison park  in the first premier league clash on saturday noon, Toffees will be desperate to put an emphatic show in the view of the fans at  Goodison park.


Everton step up to 12th with victory on 10 points , in other hands west ham were very great today. Everton claim all the points with a 2-0 victory  at home to west Ham goals from benjamin and Gylfi sigurdsson .

In 89 mins Gomes goes into the book for a foul on haller with only blemish on his performance today after putting a great performance in the game.

In 78 mins Iwobi really killed the game which has been a very steady today,.

73 mins is played down brilliant  on the left  thanks to a through ball from Gomes, He Crossed first time but it deflects into Roberto hands.

Finally some work for picked to do, lanzini wins a freekick on the edge of the area.
Yarmolenko take and curls towards goals with his left leg and it was a goal.