RED BERET HAS BEEN BANNED IN UGANDA. 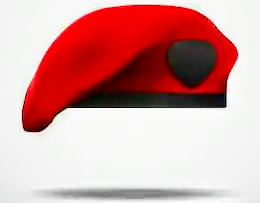 The government of Uganda  has ban red beret,and designs the office red beret of military clothing, that any land member of public who's wear that will be jail.

The move that essentially bars the uniform of leading opposition leader BOBI WINE and his supporters.

Bobi wine who was a pop star later turned to politician who has announced he is running for president against former leader YOWERI MUSEVENI in 2021 has made  the red beret his signature it called it a symbol of Resistance.


The dress code for the (UPDF) has been gazetted, the action was endorsed by the top organs of the army which also commended the dress committee for putting the task assigned to it years back.

According to the gazette dated September 18 the sale of wearing which resembles the army uniform is also banned.

Bobi wine first attracted a youth following through sings critical of MUSAEENI who has ruled Uganda since 1986, rose to prominence in 2017 when as an independent candidate he won an election to represent4 a constituency near kampala.

But he  faces multiple challenges including limited opportunities to hold rallies or stage concert before elections.

He face treason charges which he denies after being arrested with 30 other opposition politicians ain August last year for  allegedly  stoning MUSEVENIS convey following rally.