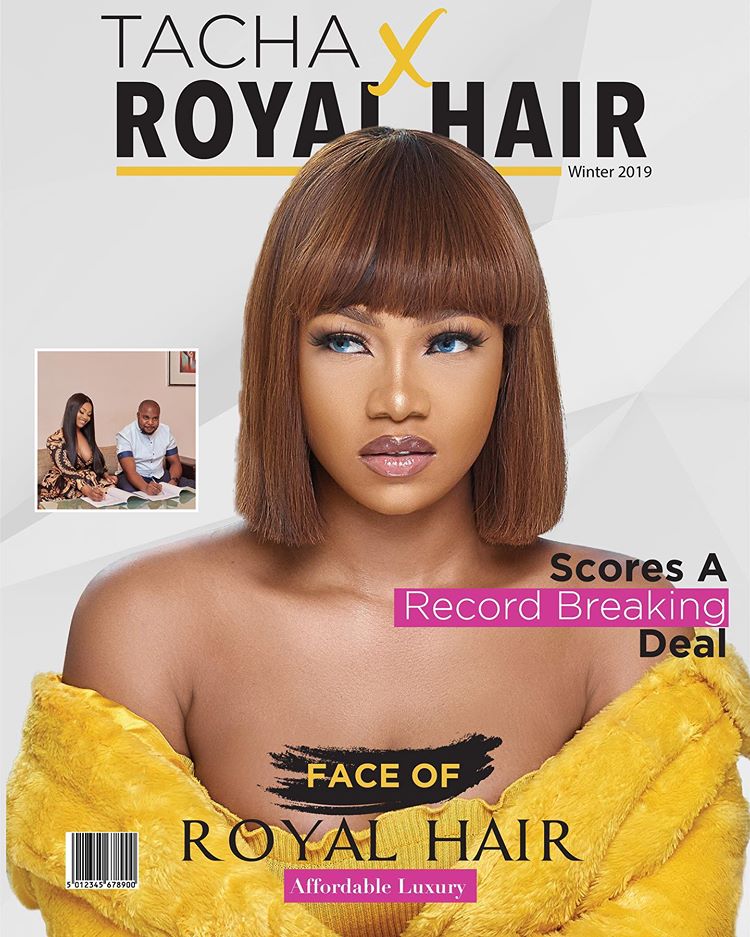 The former BBNAIJA candidate, knwn as TACHA.But later disqualfied from bbnaija for fighting with her follow candidate known as mercy eke.

After tacha was disqualified from bbnaija she constantly gotting an deal from different company especially CIRCO and so many companies.

Now she is been know as a celebrity in Nigerianand she is also a model and an actress too.

She went to her Instagram page and post a deal she got with ROYAL HAIR  few hours ago, some people are still wondering what is she up to in some Nigerian industry and some know her as a failure but some love her . 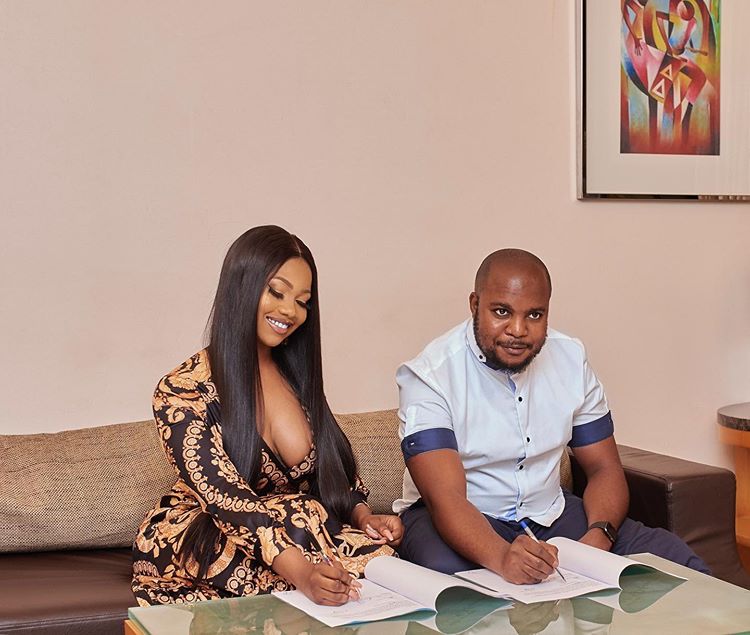 Some few months ago when she is running to win 60 million Naria  in bbnaija , she is been know as a person that have body dour and that try to kill her image. But still she keep it on and skip all those words display by some of her haters and move her life on with a great motive.