PRESIDENT DONALD TRUMP ISSUED AN IMPORTANT MESSAGE ABOUT IRAN ATTACKING US BASES IN IRAQ WITH MISSILE. 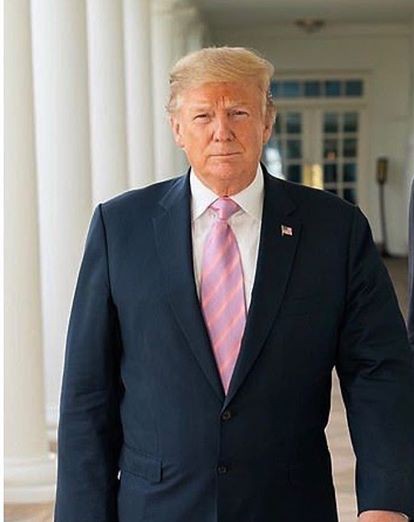 The president of US Donald trump has drop an important update on iran attacked  US bases forces in Iraq .

The president says Iran appears to be standing down after it target air bases housing US forces in Iraq, Iraq lives were lost in the attacks and the bases suffered only minimal damage .

On wednesday morning the attacks on the Irbil and AL Asad bases, the attacker said that they were a retaliation for the assassination of top Iranian General Qasem Soleimani on last week.

Trump said that US will immediately impossible additional financial and economic sanctions on Iran until Iran change its behavior , and US has threatened military action against Iran if they attack US  personnel and bases . 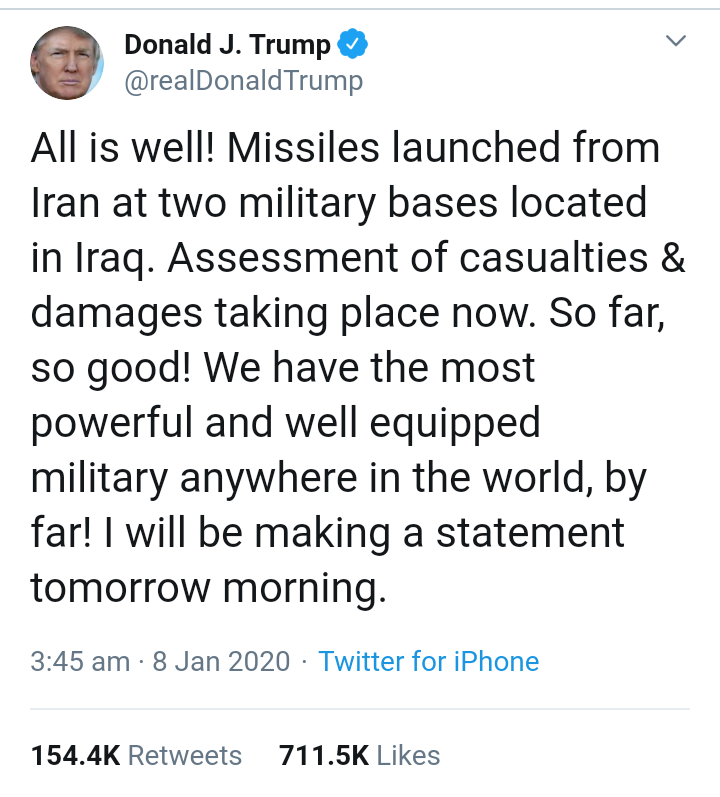