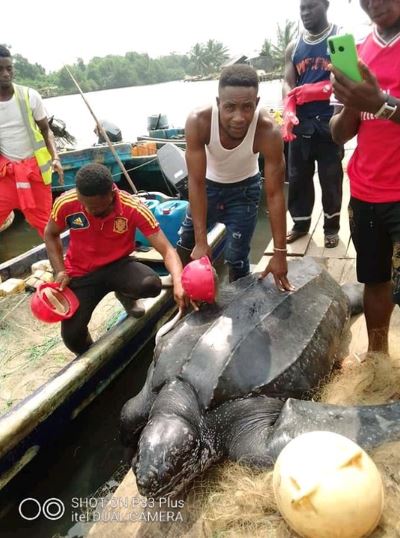 The sea monster was nabbed by the workers after their day at work in the in bayelsa state .

It was unsuccesful for the monster to escape  and was captured with a large net after which life was snuffed out of it.

Some people have frowned at the killing of the endanger animal as they feel it should have spared like its done .

And it was unbelievable to the people of beyelsa to find this kind of monster in the water area . 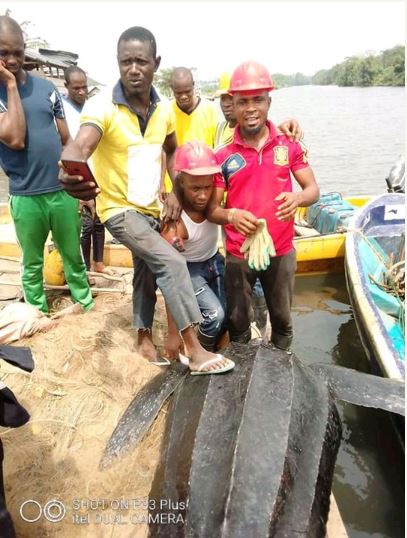 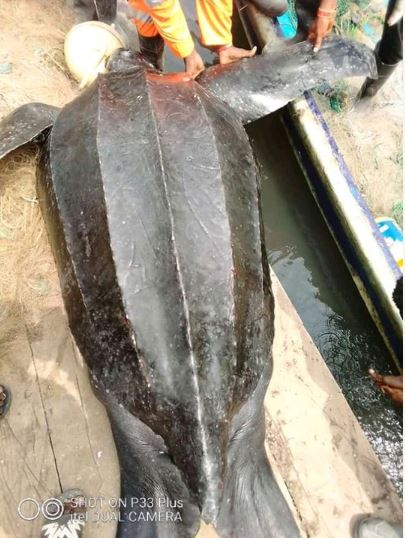 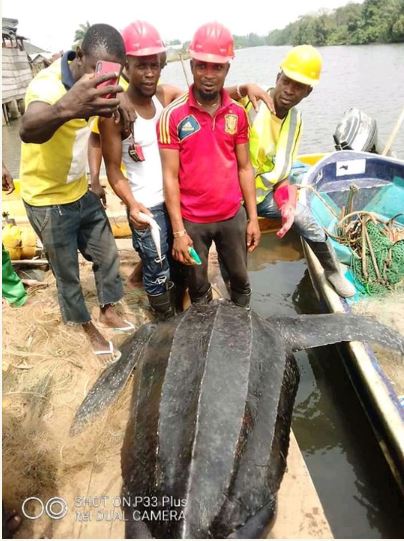 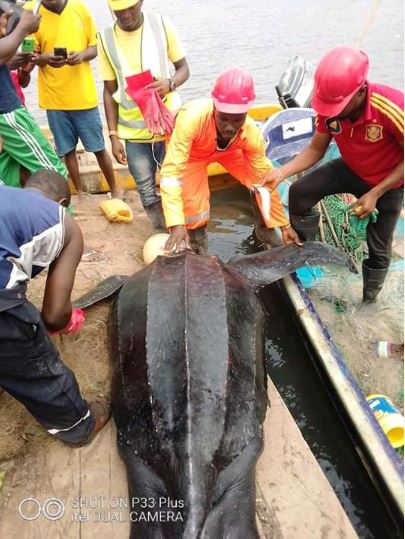 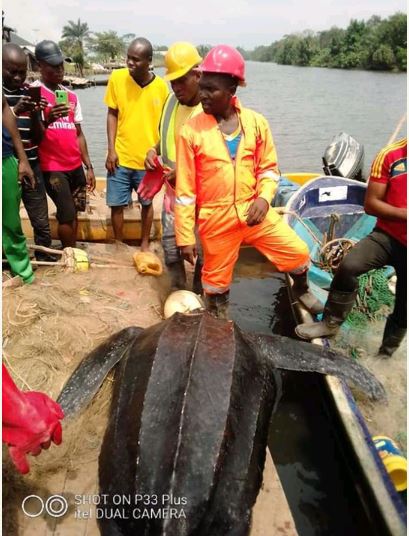 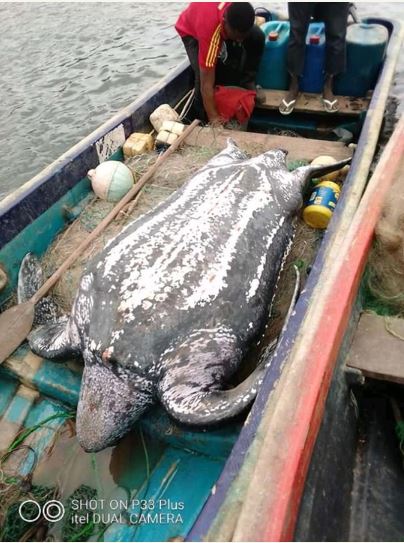