THE STATUS OF ZALTAN IBRAHIMOVIC HAS BEEN TRASHED BY HIS FANS (FIND WHAT HAPPENED). 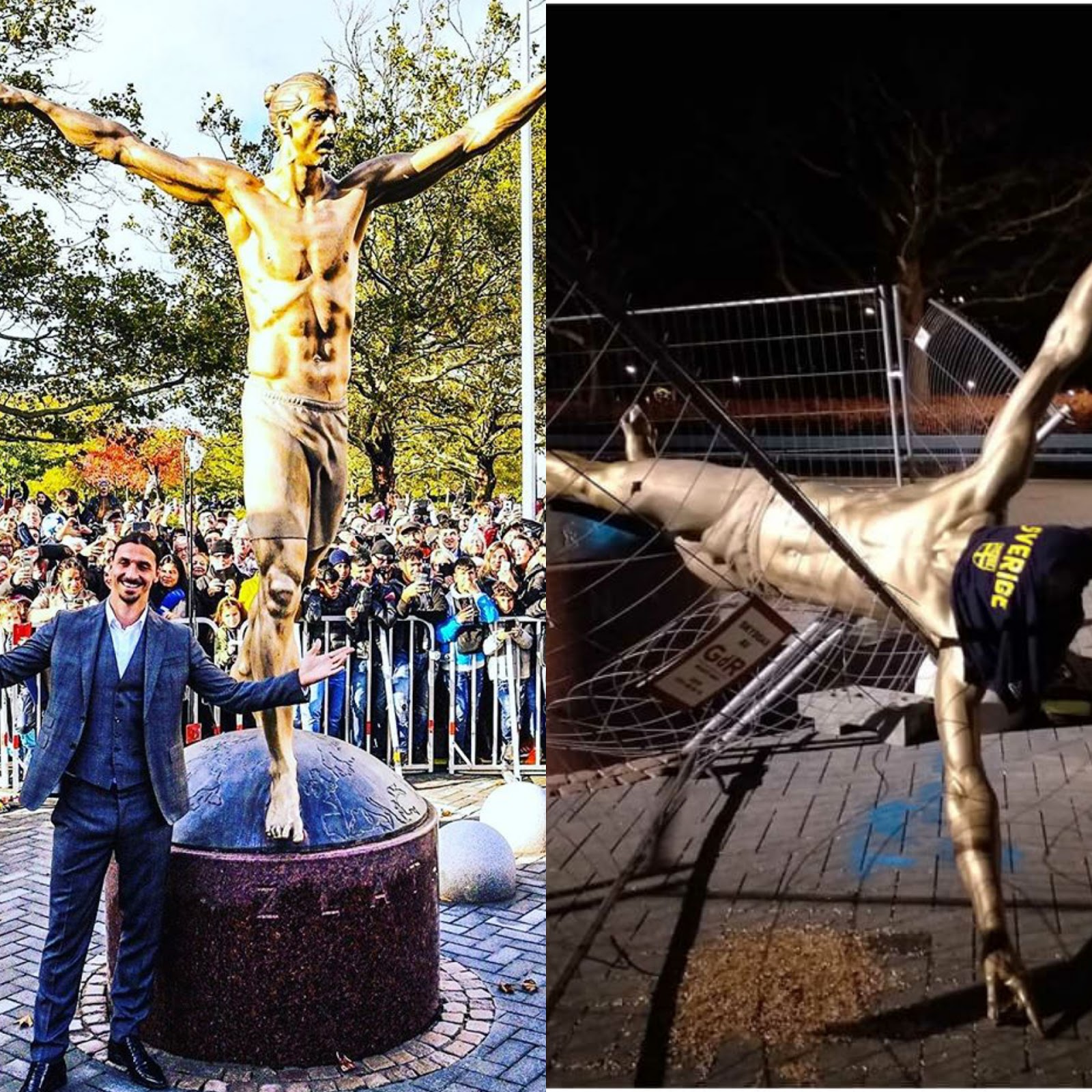 The world most famous football star known as Zlatan ibrahimovic, his status in his hometown of malmo has fallen victim to another act of trashed .

The most damaged attack yet, the sculpture paying to the former man Utd striker has pulled over  leaving  it barely attached to the  base.

Zaltan began his football career with malmo Fc , but his associated with Hammer by has angered fans of his first football club.

The first attack happened in November after that he was forced to file a hate crime complaint with police after the first attack , but after the door of his  stockholm home had the word Judas daubed across it .

The locals have already requested  to  removed the statue when it was only unveiled to the public in October.


Protesters have already targeted the statue on numerous occasions previously in response to Zaltan investing in rival Swedish club.