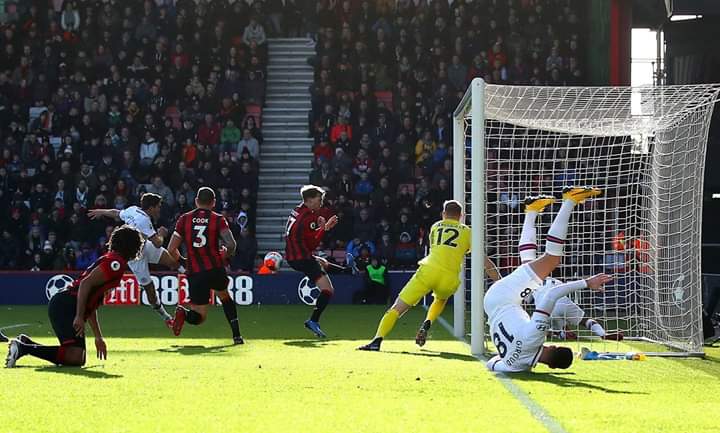 Bournemouth vs Chelsea was a great match hosted in London stadium. First half is over and the score is Bournemouth 0-1 Chelsea. Here is the match report.

WIDE! Billing closes down Tomori in the Chelsea box and from an angle he goes for goal, but he drills his effort into the sidenetting.

BLOCK! Mount lifts a cross to the back post for Alonso, who goes for a quick strike, but his effort is diverted behind by Stacey.

9' SAVE! Fine stop from Caballero

SAVE! Bournemouth cut the visitors open down the left flank and King fires a low cross into the box. Wilson takes a touch before directing an effort towards goal under pressure from Tomori, but Caballero makes a one-handed stop.

GOAL!! ALONSO HAMMERS HOME!!!! 1-0 CHELSEA!! The Blues take the lead as Alonso converts at the back post. James plays a one-two with Jorginho down the right flank to open up space for a cross. Giroud gets ahead of Ake at the near post, but his strike clatters off the bar. The ball bounces out into the left inside channel where Alonso gets over it and sends a rocket into the top-right corner.