THE NIGERIAN FOOTBALL PLAYER KILLED BY SARS, WAS BURIED TODAY BEEN 27TH FEBRUARY . 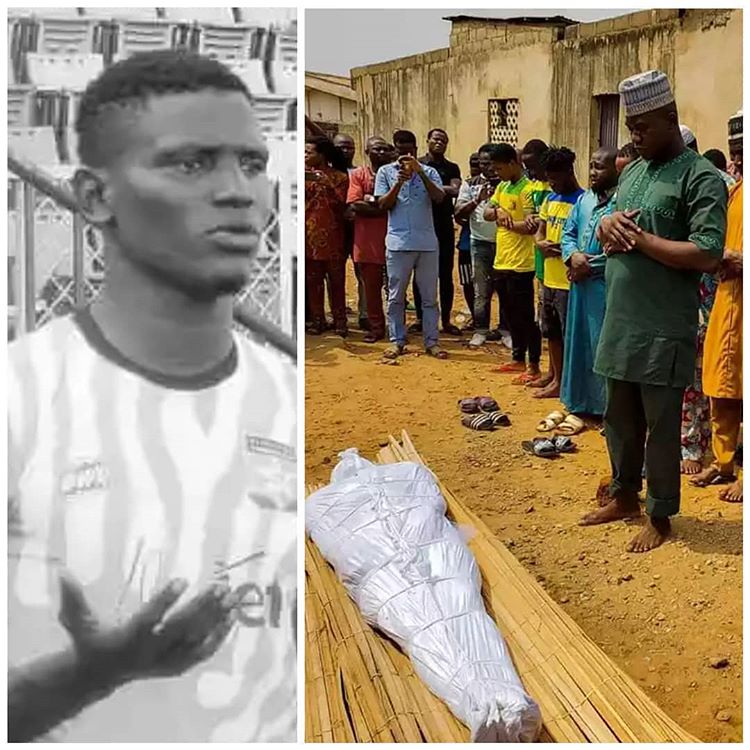 It was a bad tragedy that a very young boy like im was murdered at the young age and was very talented with football, he got misstakly murder by Sars on high way.

From the news we have at hand about the buried. Tiyamiyu came from a very poor family and also have a big dream to cash out.

From the news we have from his mother, she said before her son murdered Sars have been looking for him and to kill and she also said that she don't know what his son did to sars that will make them to be looking for him to the extend to kill.