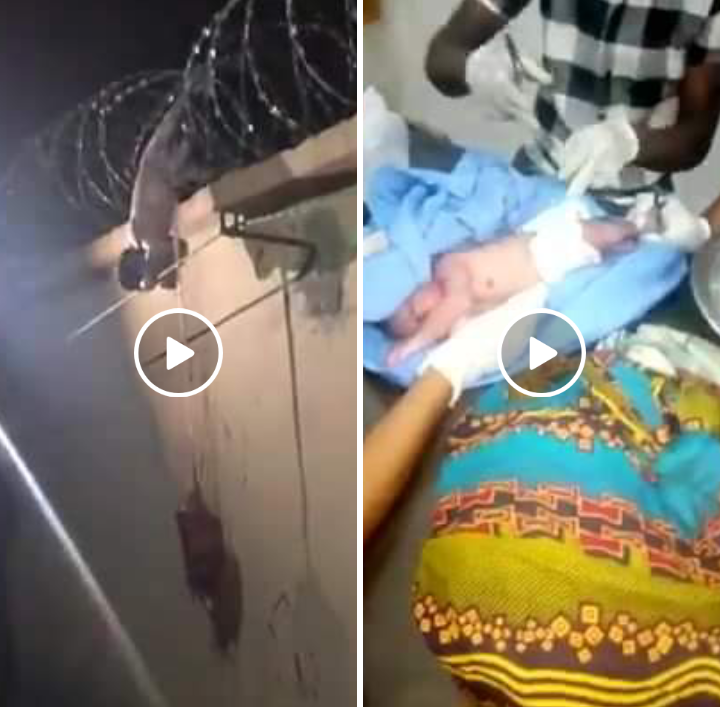 The  stroy was shared by ikenna oji after the  girl who's identity is yet to be known delivered a baby girl yesterday night being 6 February, 2020 in her boyfriends room at Munachi Hostel, Oko, Orumba North L.G.A.

As they tried to kill baby thereby throwing over the fence from the first floor of the hostel to next empty plot.

According to an eyewitness Miss Chioma who resides in the hostel says "luck ran out from them when the baby was found hanging on the barbed wire of the fence."
The baby was rescued alive by the members of the hostel and was rushed to Chukwunoso Hospital opposite the main gate of the Polytechnic.

Further investigations revealed that HND 1 student of Public Administration Department connived with his roommate to allowe his girlfriend to deliver the baby in their room so that can carry out their evil machination.

The men of Oko police station have arrived at the scene of the incident. However, the boys roommate has been arrested for further Enquires