PASTOR CHRIS ACCUSE OF PAYING A WOMAN FOR A FAKE MIRACLE (FIND WHAT HAPPEN ). 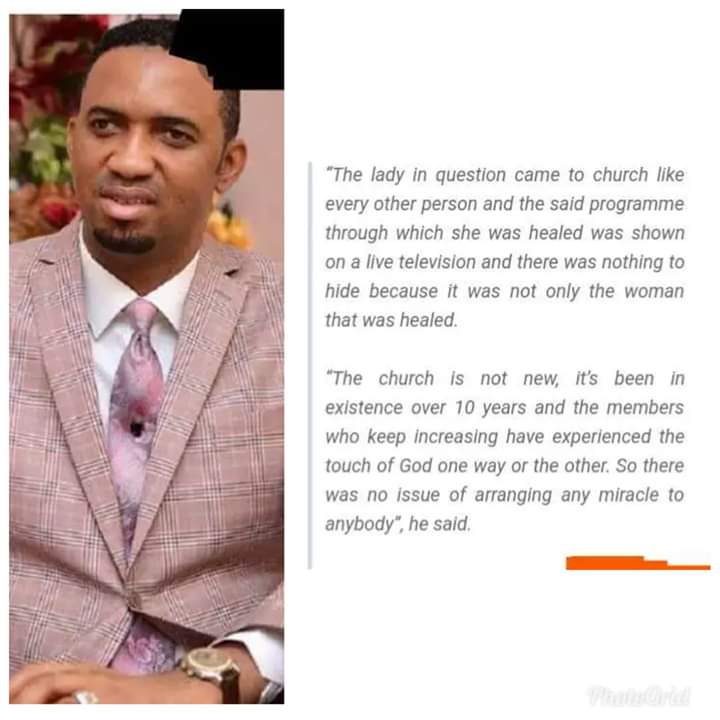 The great man of God, Pastor Chris Okafor has debunked the news that he never paid the woman money for miracles, rather the money was given to her to assist her financially. Pastor Christ Okafor is the founder of Mountain of Liberation and Miracle Ministry, also known as Liberation City. The church is a well renowned church and it is based in Lagos, Nigeria.

The news went viral that pastor Chris Okafor and four others conspired and gave a woman 400k for fake miracles.

The woman in question named Bose Olasunkanmi told the media that she was paid 400k to perform fake miracle. She disclosed that she was disfigured, that immediately pastor Chris Okafor prayed for her, she immediately received her miracle.

Reporters from Lagos State Nigeria met pastor Chris Okafor. Pastor Chris Okafor addressed the reporters and concluded that the money been given was to empower her financially. After series of consultation, it was said that the woman has been into the game tarnishing people's image all around and going to churches to churches requesting for money.

No one can actually justify the woman claims or the pastors opinion concerning the money been given.

The big question is, did pastor Chris Okafor gave her money for fake miracles or is she actually lieing.