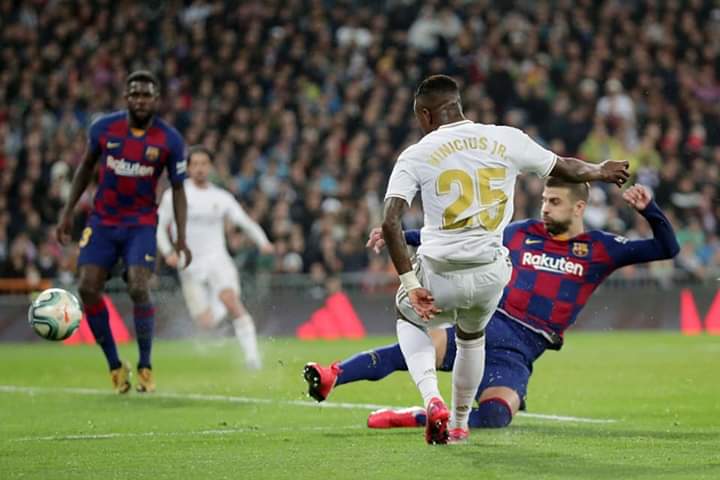 Game is over and the final score is Real Madrid 2-0 Barcelona. Here is the match report.

7' Benzema's volley goes over the bar

Real Madrid fire the first shot of the game as Benzema tries a volley outside of the box, but it goes over the bar.

19' Carvajal & Alba both get a yellow card

A bit of hustle and bustle down on the left flank as Alba and Carvajal clash. The referee is quickly over and again shows no hesitation in getting his cards out – showing each to both of them.

21' OVER! Griezmann misses huge chance in the box

That’s a huge opportunity for Barca! Messi slips a neat pass out to Alba, who timed his run to perfection and drills in a cutback towards the waiting Griezmann, but he sends his effort way over the bar. 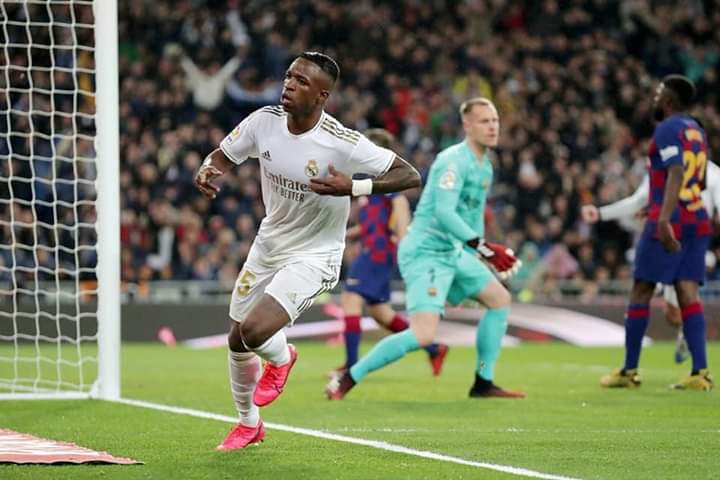 A first effort for Messi, but on his weaker right foot and from a tight angle, Barca’s talisman does not really test Courtois.

Arthur gets the better of Kroos and suddenly finds himself one-on-one with Madrid’s goalkeeper. The Brazil midfielder attempts to lob a chip into the right-hand corner, but Courtois stands firm to make a superb stop. 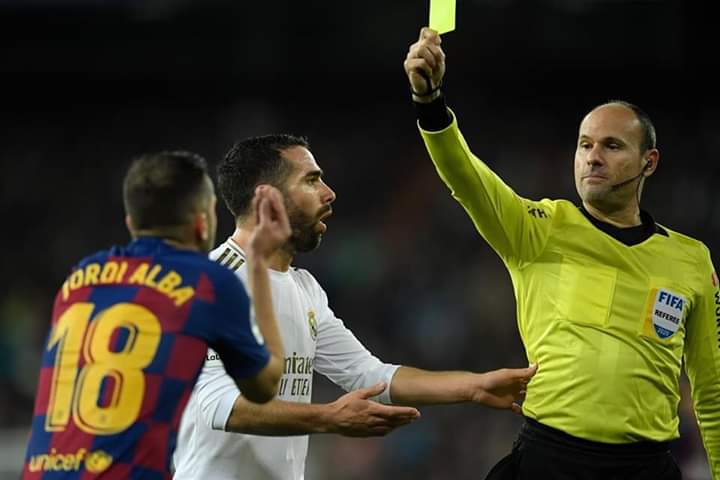 39' Another save from Courtois to deny Messi!

Another massive save from Courtois, who reacts brilliantly to deny Messi.

Barca switch off defensively from a corner and Isco is given far too much space and time 25 yards out. He wastes no time in curling a strike towards the top-right corner, and only a magnificent stop from Ter Stegen prevents Barca falling behind. 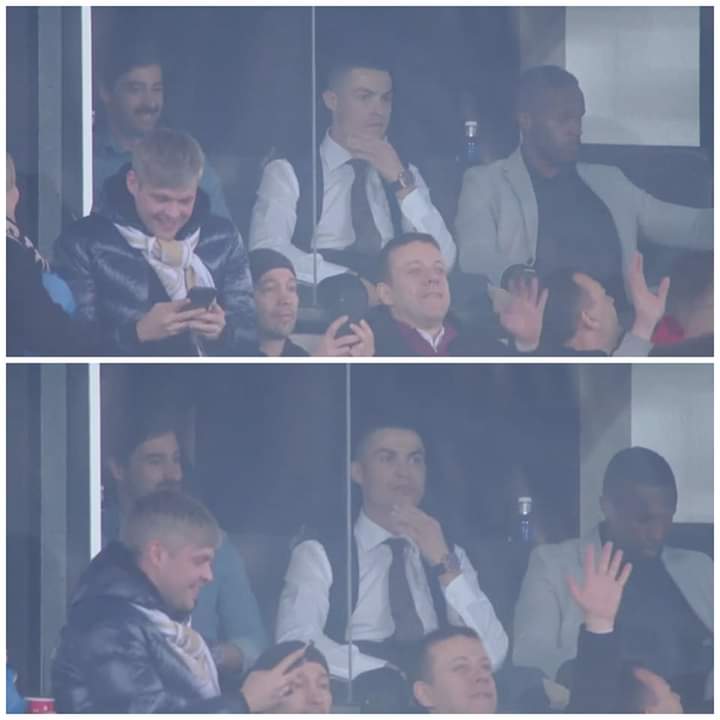 Pique comes to the rescue for Barca! Isco’s header evaded Ter Stegen, but the centre-back was on the line behind his goalkeeper and made the block.

Madrid are all over Barca at the moment and the visitors are hugely fortunate not to be behind. Carvajal rchips a cross over to Benzema at the far post, but he can’t keep his volley down.

VINICIUS PUTS MADRID AHEAD! Finally, we have a breakthrough.

Kroos is given time to pick a pass into Vinicius, who drives into the box and this time gets a shot off and, with Pique lunging across, it deflects beyond Ter Stegen and into the net. Madrid 1-0 Barca!

Almost a second for Madrid and for Vinicius, who charged through one-on-one with Ter Stegen, but Barca’s goalkeeper rushes out to make a fantastic stop.

Messi has just lunged in on Casemiro and rightly receives a booking. Yes you are looking it right.