TAMMY ABRAHAM ON A PLAN TO LIVE CHELSEA FA TO LIVERPOOL. 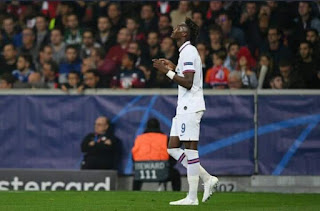 Chelsea will be without Tammy Abraham for the match against Liverpool on Tuesday night.

The striker traveled to Barcelona for advice after pulling up injured in the cool-down after the game against Bayern Munich last week, having spent weeks on the sidelines prior to that clash.

But he is now not going to be available for the FA Cup fifth round clash with the Reds after picking up an illness.

Manager Frank Lampard admitted on Monday: 'He went to Barcelona, had another set of eyes on it and it seemed positive.

'He has had a bit of a bug, though. No news on return yet, though.'

Lampard also revealed that defender Andreas Christensen is likely to be out too: 'Christensen has a small issue, (which) probably puts him out for tomorrow.'

There are also no players coming back to join Lampard's squad: 'No returns. (Ruben) Loftus-Cheek is playing in the U23s tonight.