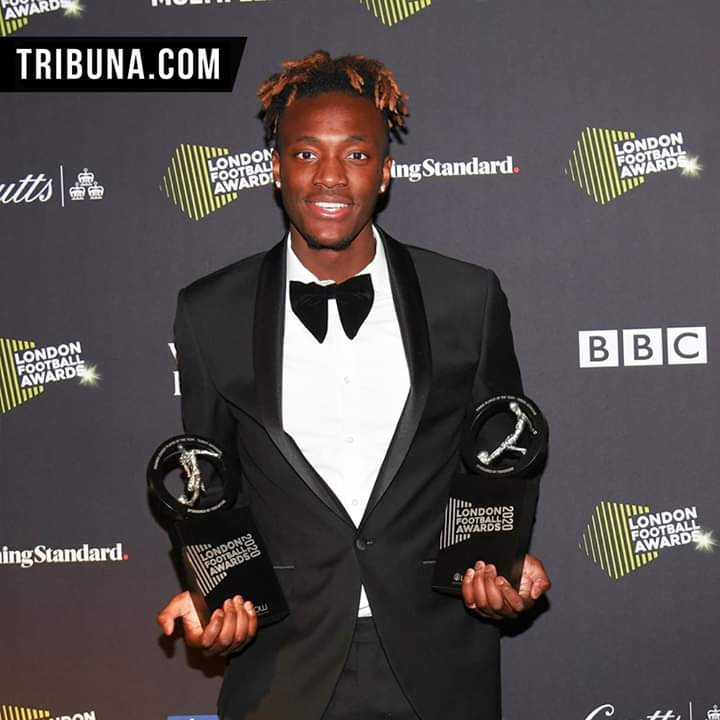 It  just goes to show all the hard work i have been doing throughout the season has been paying off Abraham said after collecting the trophies.

The Academy gave him a dream to chase ever since a young age, they kept me ground.I am sure they must be buzzing  and everyone is excited.he added on the fact so many Academy graduates are now playing for the senior team.

The striker said the highlights of his season so far have been his late wining goal against Arsenal and his hat-trick at wolves, he has been out of action.