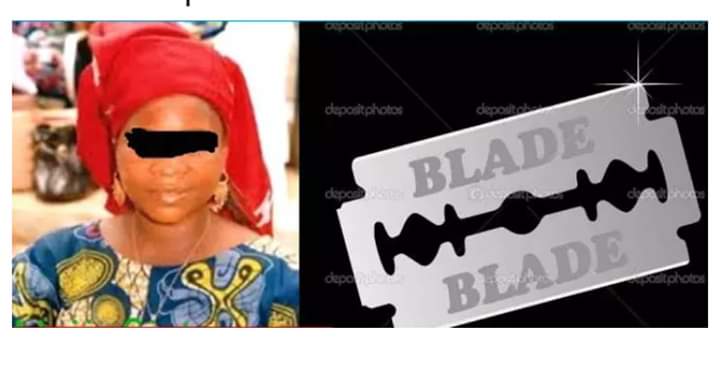 A middle aged woman, simply identified as Uchenna is cooling her feet at the Onitsha Police Area Command for breaking her maid’s hand and tearing her private part with razor blade. Saturday Sun gathered that the woman allegedlly used a pestle to break her maid’ left hand and inflicted very deep cuts in her private part with a razor blade in the commercial city of Onitsha

The incident took place at Osuma Street where the victim, Chisom Nwafor is living with her mistress before she was attacked by the suspect. Narrating her ordeal, Chisom, a 10 year old girl from Enugu-Abo in Enugu State said her mistress returned to the house last Sunday morning and started beating her and used razor blade on her private parts. “I was changing her daughter’s dress because she urinated on it.

My madam entered and started shouting on top of her voice and she immediately rushed into the kitchen and collected pestle and hit me severally on my back and she hit me again and broke my left hand, I fell and she entered her room and took a razor blade, tore my pant and started tearing my private part after which she poured pepper inside my private part which was bleeding” she said. Speaking on the incident, the Onitsha Area Commander, Benjamin Wordu described the incident as highest level of inhumanity and said the suspect would pay for her actions.

Mr. Wordu warned parents to always give birth to children they can train instead of giving them out to such women he described as devil incarnates who maltreat vulnerable children under their care. Meanwhile, the suspect, Uchenna shouting from the police cell, denied using razor blade on the victim when this reporter visited the police station