MAN CRIED OUT TO LEAVE LAGOS AFTER HIS FAMILY WAS KILLED HERDSMEN IN ONDO STATE . 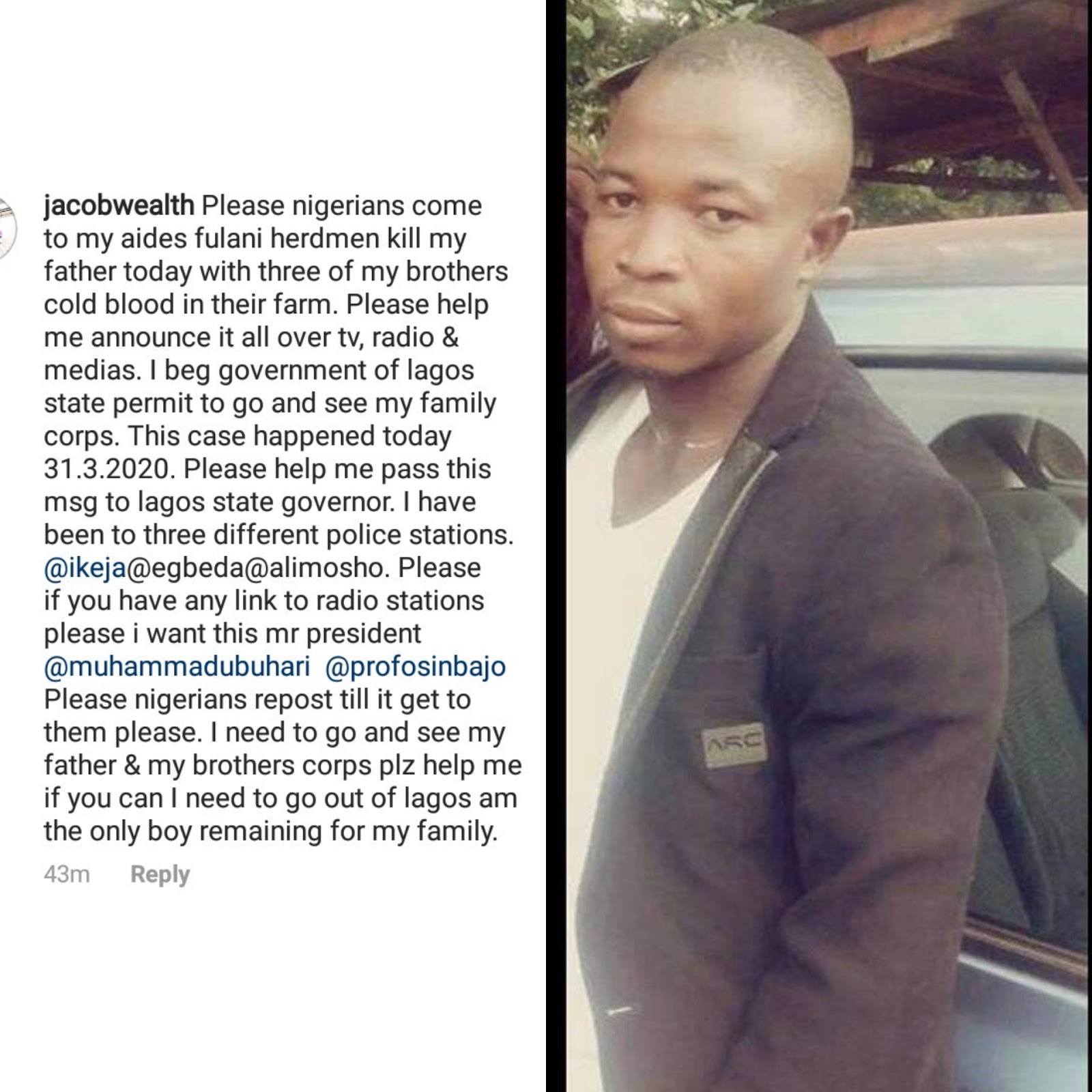 A man cried out to free him to go and see his father and three brother that was killed by herdmen in Ondo state .


Mr Jacob, shared  the help on his twitter account  yesterday, he lives in lagos. He said that many members of his family were killed  yesterday been march 31 2020 in Arimogija town Ose local Government Area Ondo state.

Herdsmen came to their farm destroyed  thier crops and killer them , he also said his father late Elder jacob oguche and his brother Jacob Adura Godday doing immediately after the attack.

His youngest brother, Jacob Eneku who was shot in the chest by suspected herdsmen is stated in the  hospital in critical condition. 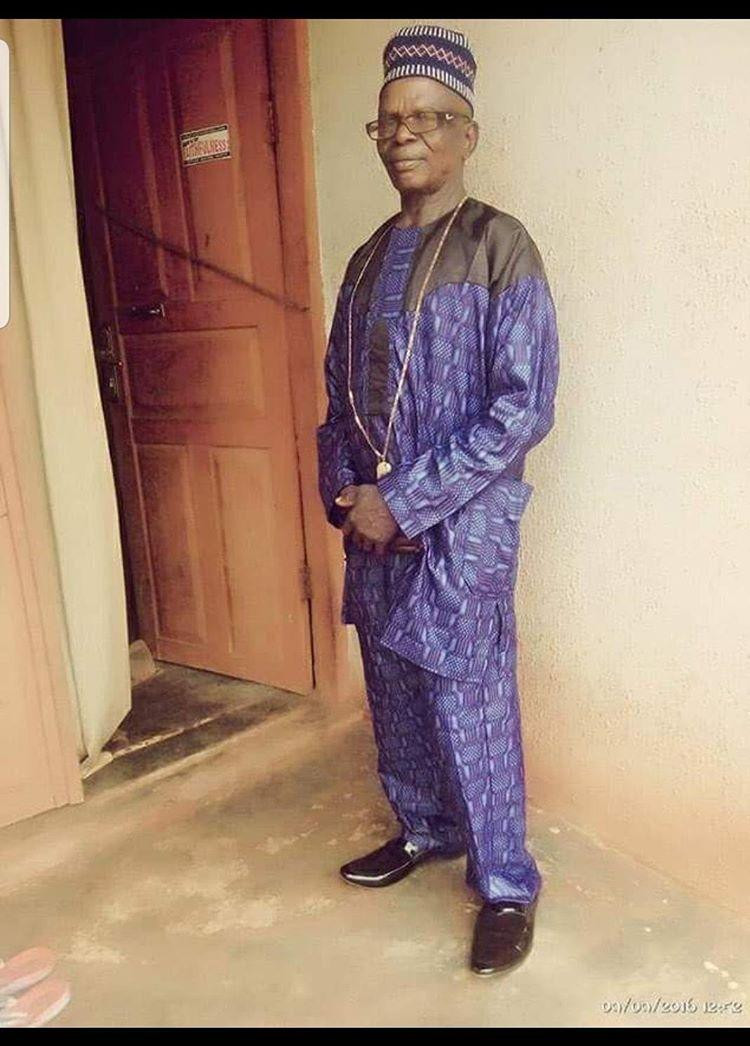 Mr Jacob said my little brother still in the hospital he was shot in his chest i need to go out of lagos I'm the only man left for them to need their corps please help me pass this massage if it can get to mr governor. 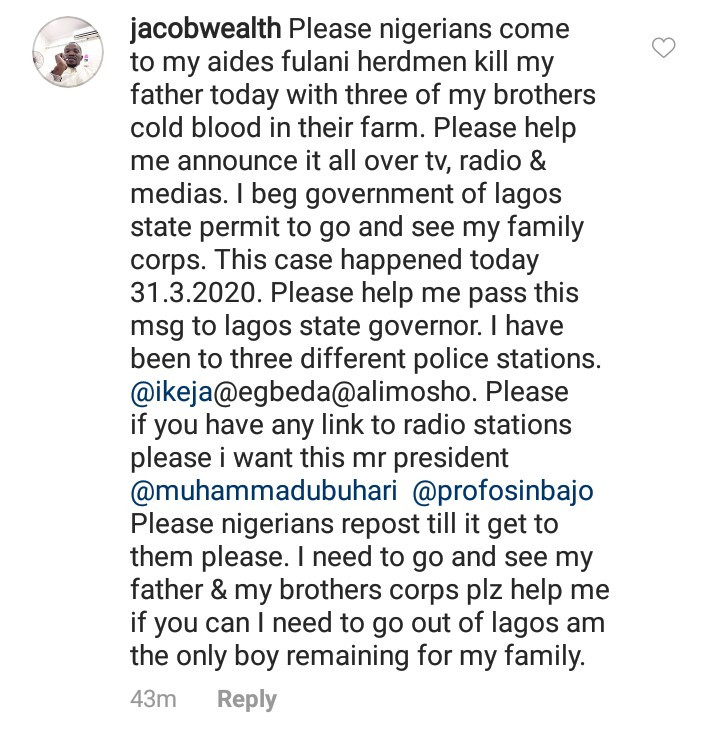