SEE PICTURE OF NIGERIAN POLICE TEST POSITIVE FOR CORONAVIRUS AND REFUSED TO GO FOR I ISOLATION, (WATCH THE PICTURES). 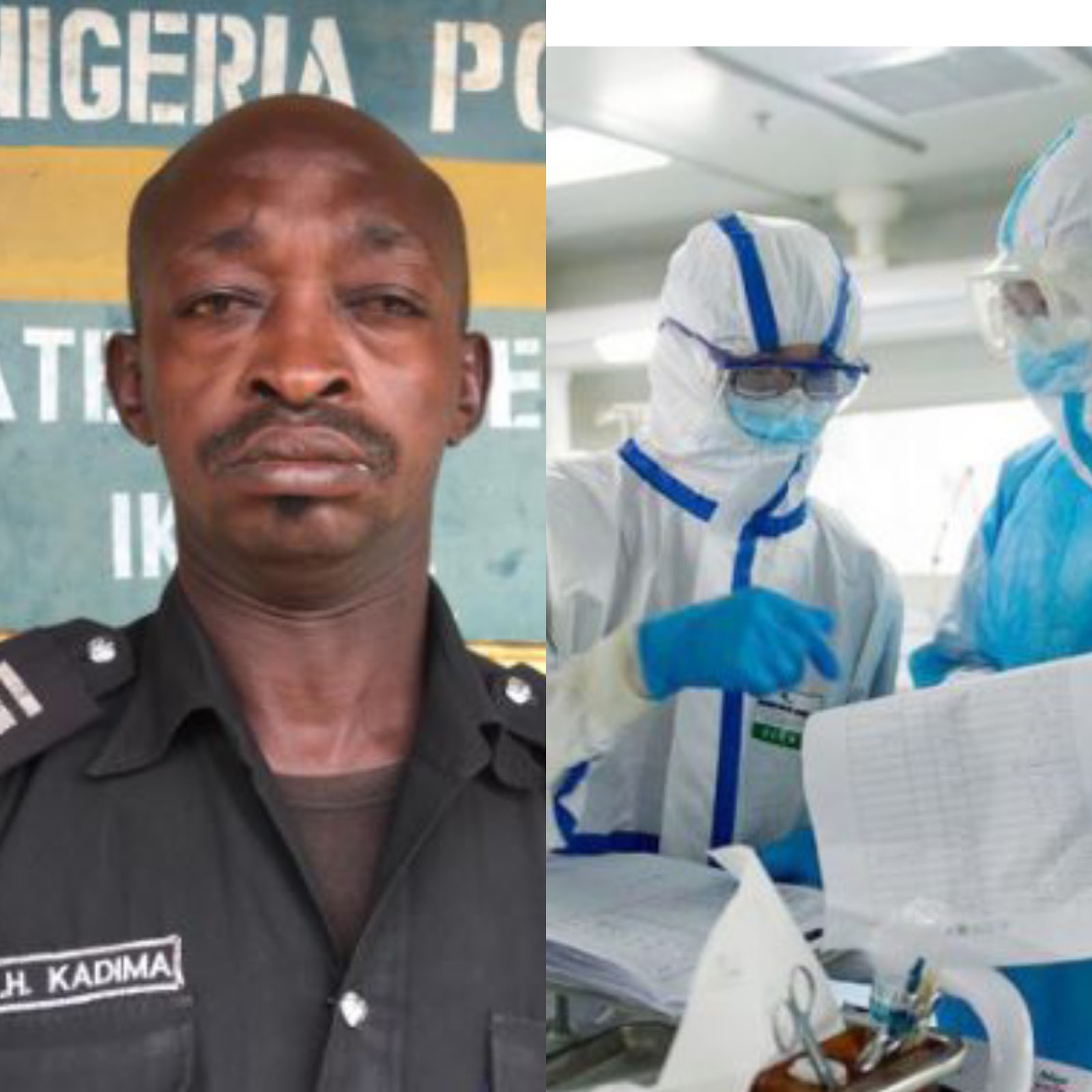 A Nigerian police tested positive for coronavirus in lagos and refuse to go for islation.

Governor Oluwarotimi Akeredolu, who disclosed this in his twitter handle, described the action of the policeman as reckless.Akeredolu, who expressed disappointment at the level of porosity of the entry points to the state, said he has directed the Commissioner of Police, Undie Adie, to double up on securing the entry points.

According to him: “The case of this individual who is a police officer is unique. He was tested in Lagos but came to Ondo state while awaiting his results . Upon receiving a positive result, he claimed to have returned back to Lagos.

“He waited a few days in Lagos to be picked up. When this failed, he panicked and rushed back to Akure for treatment. While we appreciate the confidence reposed in our facilities, We do find it most reckless on the part of the officer of the Law to risk the lives of others.

“I am most disappointed in the level of porosity of the entry points to the state. The police officer should know better. I have contacted the commissioner of police to double up on securing our entry points.