SEE THE PICTURE OF SON OF KADUNA STATE GOVERNOR THAT RAPE HIS MOTHER. 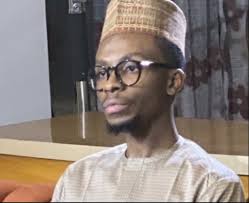 The news was shared by Alexander Thandi Ubani on the disappointment of having the son of a governor go scotfree after threatening for raping another person mother.

The writer made it clear by saying, Today i will not write about  Nigerian  governor who locks up jornalists for criticzing  his government.

I will spare you all the grumble. I won't even talk about  how he organize literary festivals where writers go to enjoy the goodies of life and come out unaroused and silent even when one of them is being strangled by the same folk.

I found out today that when you are the son of governor you can threaten to gangrape anyone and go Scott free, nothing will happen to you as far as you release a watery apology to save face aftér insulting prominent individual who had expressed shock over your shameful misdeed  that was Hailed by your own mother.

I have always follow kaduna state Governor son Bello El-Rufai closely and watched from afar his antics on social media, especially his penchant for insulting people who hold different opinions from his .

I thought he was loud , but i didn't shocked because i know that it is only people from a debased home that talk the way he did to a Twitter user some days ago.

I had expected a certain level of decorum from him reading a reply to a Twitter user who disgarced with his politics view showing a man who has lost every iota of respect for the women folk for himself, family , community and for people from other place.

Tell your mother I'm passing her to.my friends tonight ,no igbo sounds please Bello tweeted, your mother is the main whore of the South-East i can't reply you publicly f**k Kanu and take a picture of the second Niger Bridge to Buhari.