TWO HOMOS*XUAL WERE CAUGHT RED-HANDED HAVING S*X INSIDE A BUSH IN IMO STATE, (SEE THE PICTURES) . 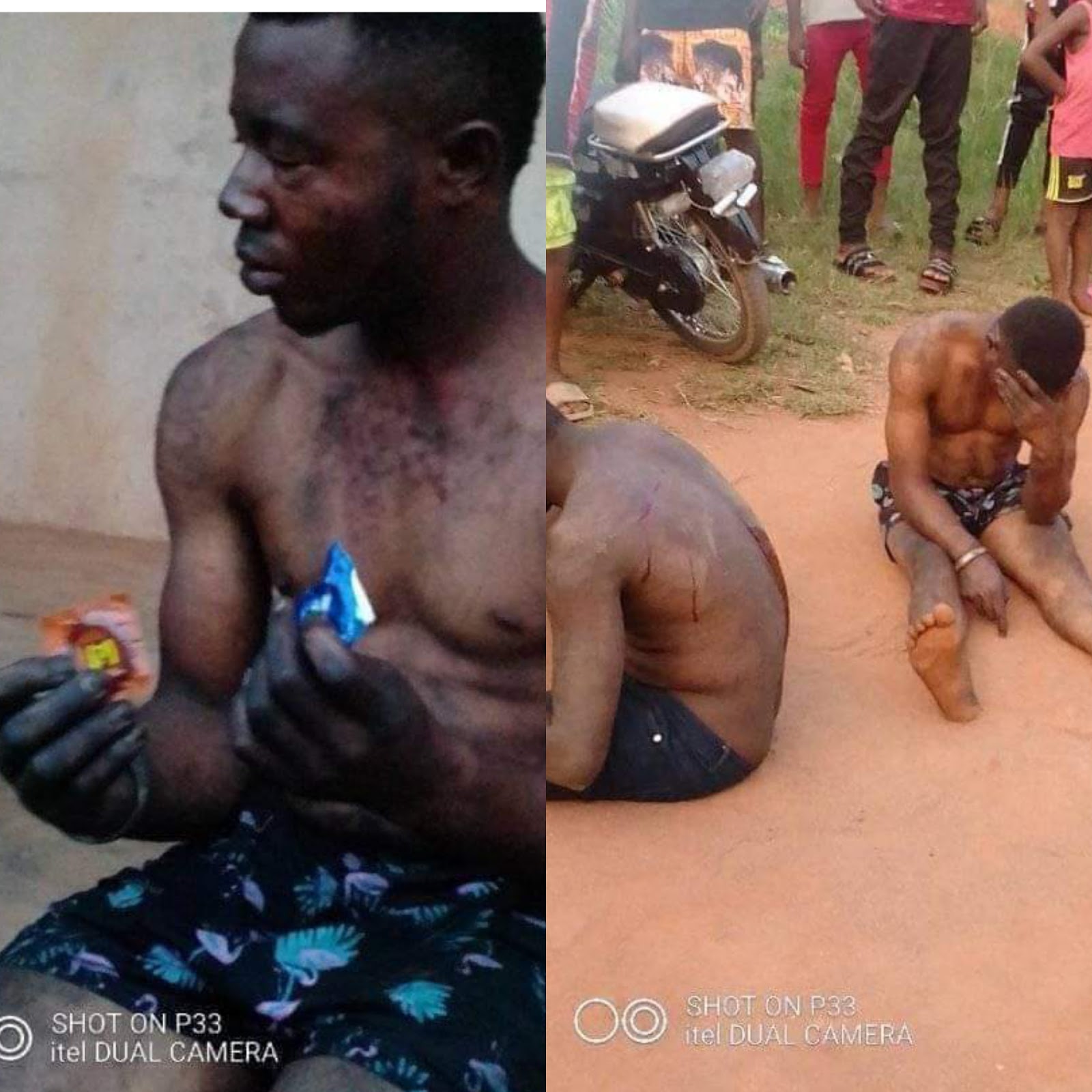 Two homos*xual caught red-handed in side a bush  f**king themselves, in IMO state eastern part of Nigerian .

According to the people that know them,   the dark guy is a Nigerian police officer from Umugboga, Amike, ORLU LGA, IMO STATE. who stays at checkpoint, at Mgbabano, Nkwerre LGA, Imo state (Married) . The fair guy is a son to one Photographer named (Emesco) Both from ORLU LGA. 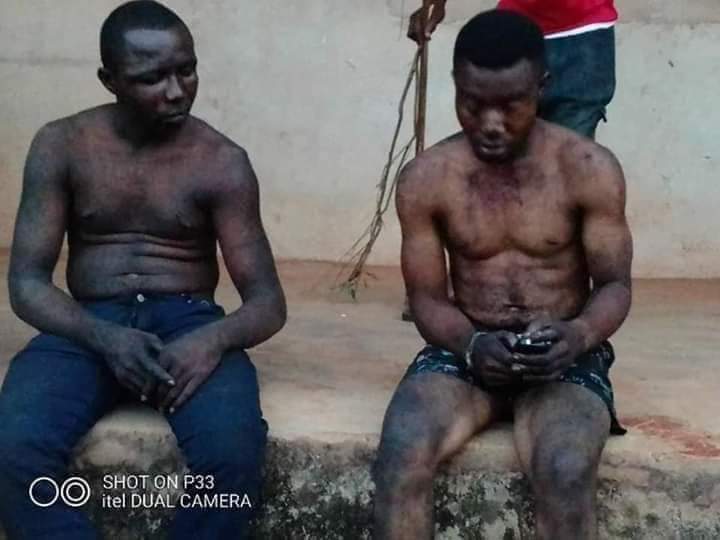 This particular police officer with his colleagues chased a man driving with his car, threatened to shoot him if he move an inch. After few discussions, they took bribe of almost 5k from him and left. But This evening he was caught having s*x with his fellow man. 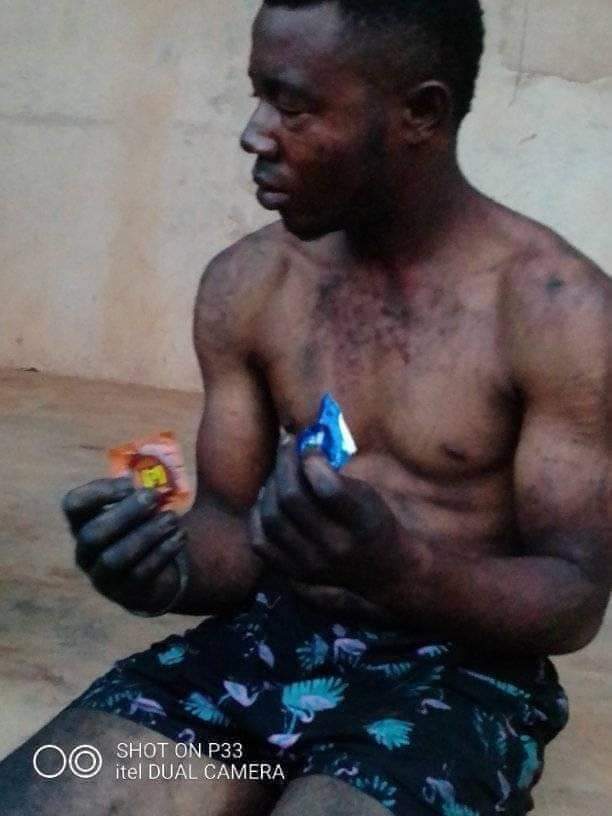 They were caught red-handed by security men of Umueze Autonomous community, Orlu, after tracing them to where they had the s*x. 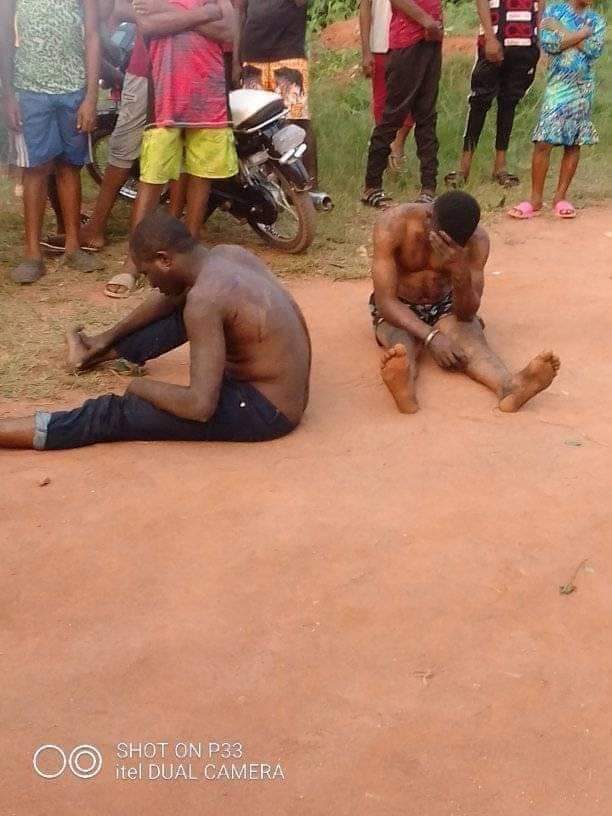 According to them, "immediately they entered the house, the police officer took down his trouser and pulled off his shirts, bend over and the yellow guy Started f****g him. Immediately they (the security officers) broke in and arrested them. And took them down to the community hall. Tortured them really good.

Items recovered from them are; 3 sachets of condoms, different brand. And The police officer's ID CARD. Police officers are still asking for his release but to no avail.