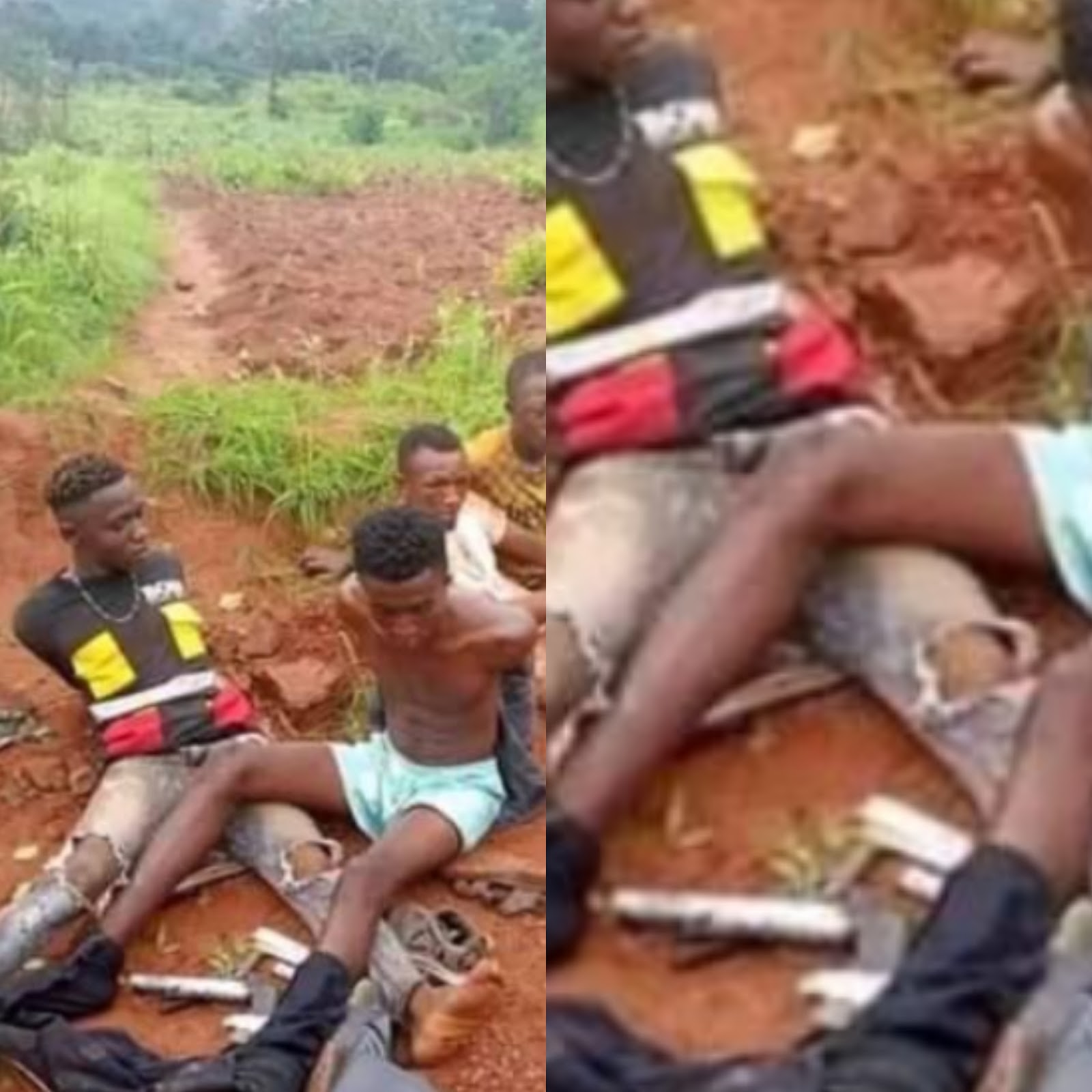 Bad four cultists boys has been arrested were on Sunday May 10, in Enugu state by Neighborhood in Nsukka local government.

Report from The chairman of the Neighborhoid , Mr ferdinand Onah said that the boys who are in their early 20s were apprehended at Ogbara in Ngwuru.

He also said that they were 15 in number but some escape , adding  that his men are still ransacking the arrest of The rest of the gang.

He also dropped that we have been monitoring them over time because of their activities in our area, they are always in two in their motorcycles and they always carry their bags.

We got intelligence reports about their activity in the  neighborhood , i position with men in strategic locations.

That was where we saw two boys with bags speeding with  motorcycle towards our direction, we ordered them t stop but they refused.

We then chased them with our own motorcycles they jumped from it and started running .