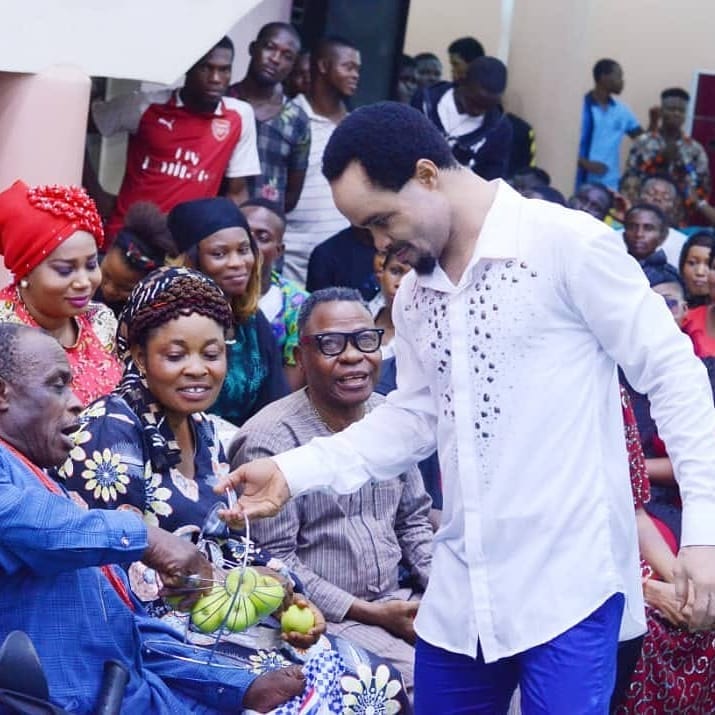 The popular known pastor known as Odumeje the lion himself has apologized to the people of Arondizuogu in IMO state for vowing to stop ikeji festival of the community.

On April prophet Odumeje shot a viral video of him allegedly to attack the people of Arondizuogu.

He describe them as fetish just as he attacked one of their prominent sons, known as PERICOMA.

In Awka prophet Odumeje described their masquerade festival Egwu IMO as being fetish and a means of worshipings monkeys, which is the symbol of the Gods in one of the videos.

Odumeje was seen boasting that  if he came i contact with the monkeys worshiped by Arondizuogu people he will destroy them.

Odumeje community , Orsu in IMO state had written to the communities involved trending apologies, he had maintained silence with more videos where he attacked the communities trending on social media.

From the statement issued on Saturday by the loin himself, Ohanaemere described the people of both communities as peace loving who he claimed to had known and shared fellowship in his church over the years.

My attention has been drawn to the publications on social media over the alleged face off between me and the good people of Awka and Arondizuogu Communities in Anambra and IMO state repectively.

From his posts, i was potrayed as declaration war on the people of these communities ad their respective traditional festivals and beliefs, it was also alleged that had vowed to destroy IMO Awka festival.

And put stop to the ikeji festival of Arondizuogu, Consequently upon the above i wish to acknowledge that the peole of Awka and Arondizuogu communities are peace loving and i have over the year come to shared fellowship and service in church with a my people.
These two communities and their renouned indegenes have been known and recognised as major contributors to the development of their states Igboland and the nation at large.

The people of Awka and Arondizuogu communion has great men and women of integrity and pedigree and have always remained at the top of great sons and daughter of Igbo land.

I want to specially apologize to the family of Mazi PERICOMA of Arondizuogu who i understand until his passing was a diligent servant  of God, i apologize and put it to record that this experience has thought me that words that speak any form of divisive conversation amongst our people must be checked this is a time for unity love and unwavering supports for our people.