SIX MONTHS PREGNANT WOMAN ESCAPE FROM HER HUSBAND HAND INTO A STUDIO TO PROTECT HERSELF , AFTER HER HUSBAND TRYING TO BEAT HER FOR NOT COOKING EARLY,( VIDEO). 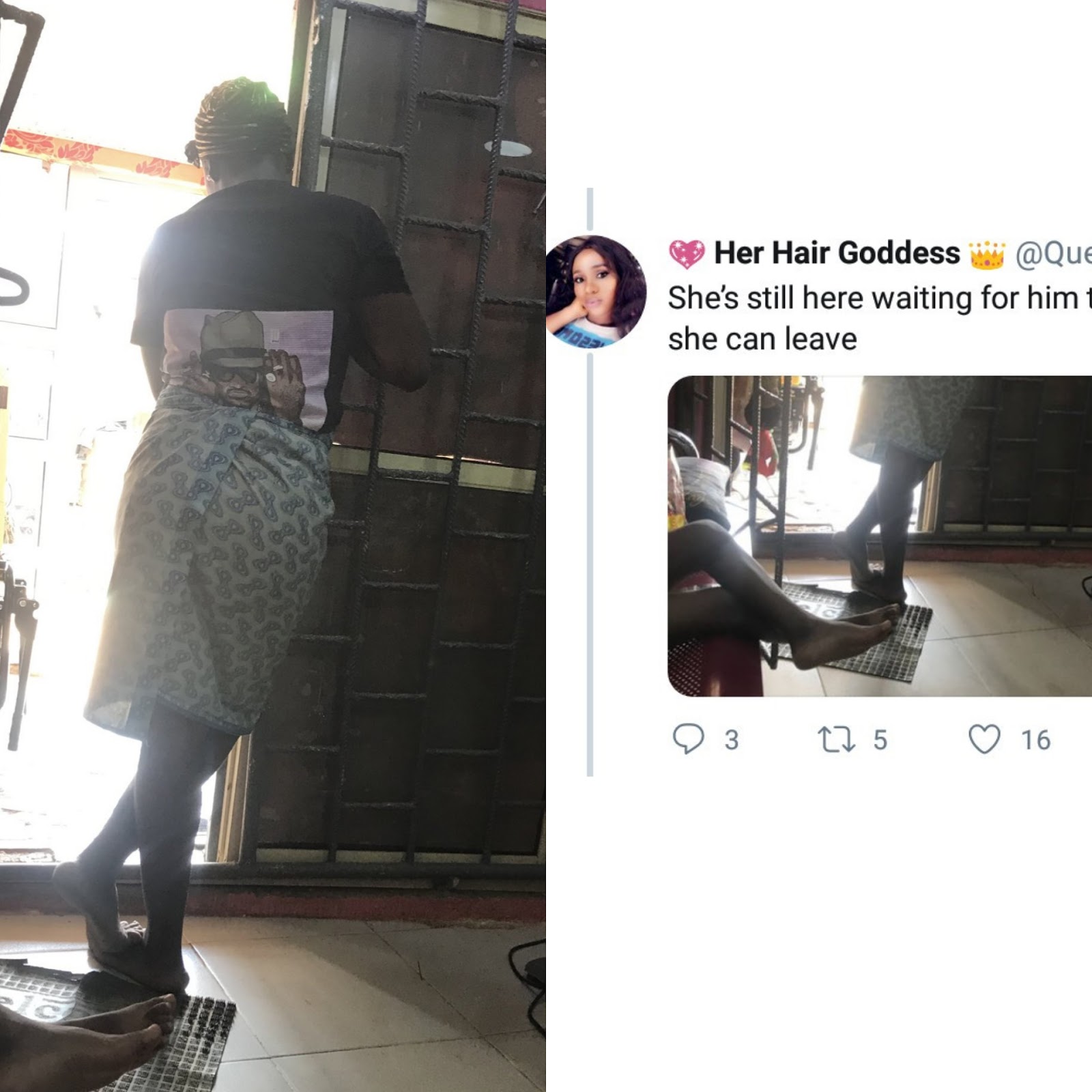 An six months pregnant woman run into a hair studio to protect herself from her, after he try to beat her for not cooking early.

The news was shared on twitter by the owner of the studio, she said this woman run into my studio, after her husband trying to beat her for not cooking early for him. 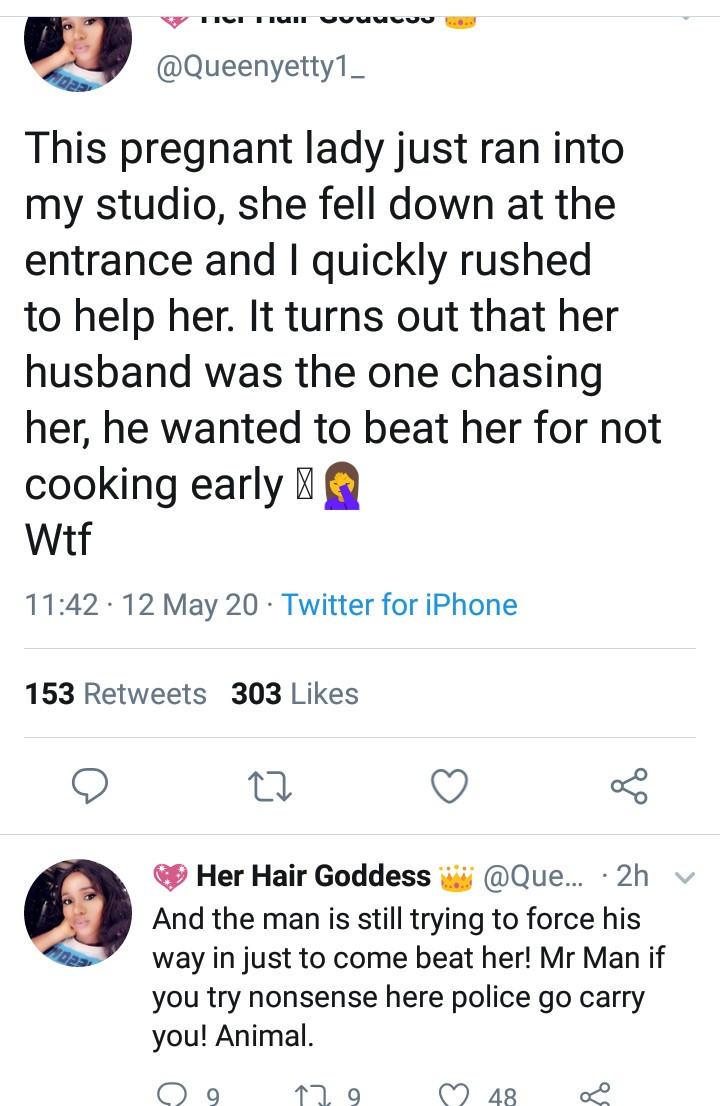 One of her follower trying to make is by saying WHAT IS THE EPISODE OF THIS MOVIE, but he was shot down. 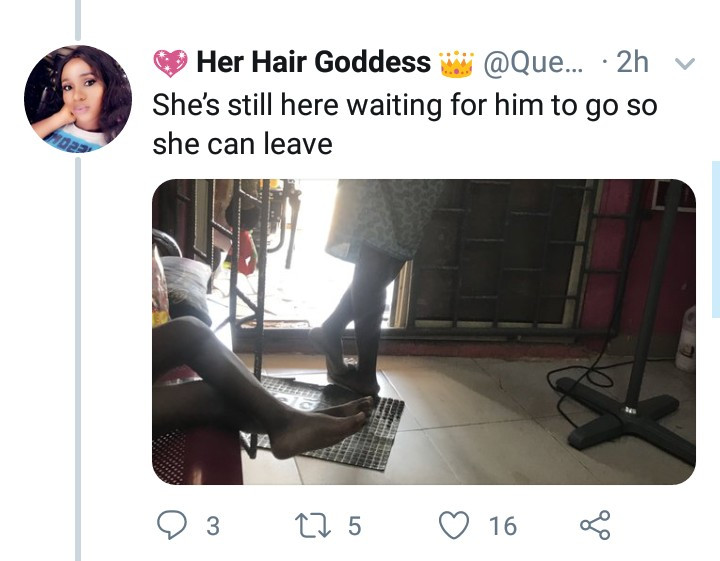 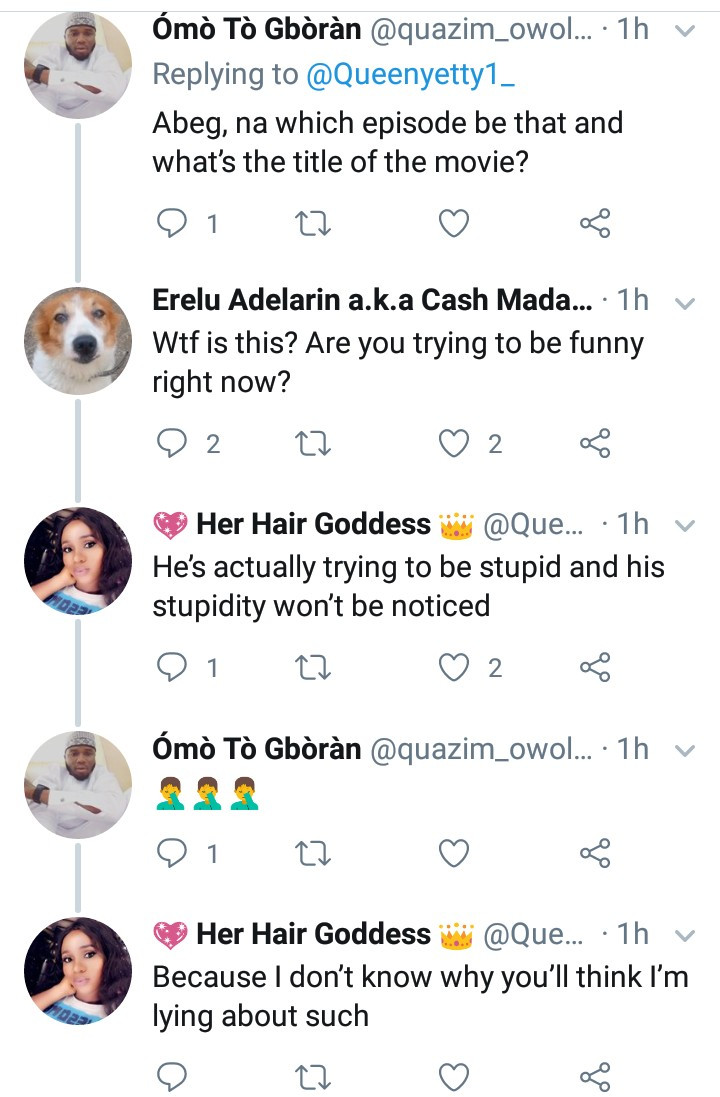