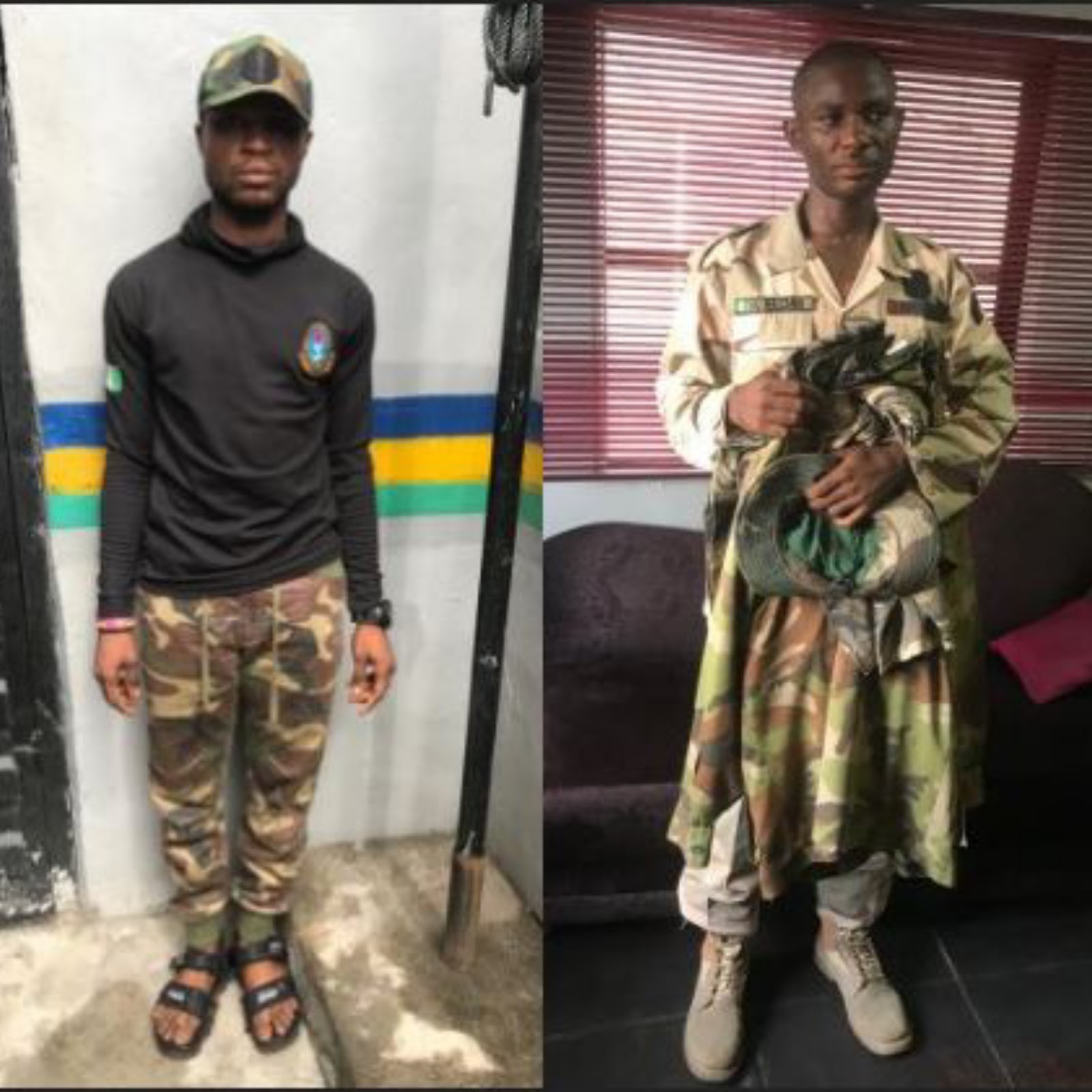 Two fake pretending soldier has been arrested in lagos state for killing a police servant on duty.

He said he one of the three criminal wanted list for violent crimes, four pairs of military fatigues, and were recovered from his house. After  he have been deserved the military in 2015 when he got deployed to the Northeast to fight insurgency.

Some that he has been  known as terrorist members of the public, Ezeh frank joseph who is the second suspect got arrested in his apartment at imude Pako Area, Era road, Ajangbadi on Sunday My 17.

He also know to have deserted the milítary training, on the statement the men were arrested over the shooting and killing of police sergant, known as Onalaja Onajide who got killed in llemba Hausa Division.

From the statement, the gun shoot incident happened on may 10 at about 9:40pm when unknown gunmen fired gunshots at the police station llemba Hausa.

The DPO was alive over the gunshots but the Station Guard died from the pellets wound  and the first suspect was earlier at the station to solicit the moment of his motorcycle which was impounded by the police for violating the ban on the use of that.