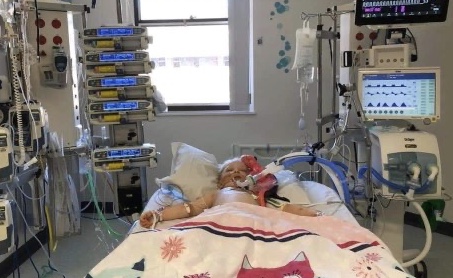 Professional 17 doctors from America are reporting that at last 164 children have fallen sick with a rare inflammatory illness similar to a condition known  called kawasaki disease.

Liz whittaker a professional doctors from clinical lecturer in paediatric infectious diseases and immunology in imperial college london said the fact that the syndrome was   occuring in the middle of a pandemic.

On our experience with covid-19 peak and the main three more weeks later we're seeing a peak in this new phenomenon which makes us think it a post infectious phenomenon as she said.

Including fever, rashes, swollen glands and in  severe cases heart inflammation,  it is likely to be caused by a delayed immune response to coronavirus in children.

New York city has reported 102 cases of the pediatric inflammatory syndrome so far with 29. percent of the cases involving children between the tender age.

Off recent a 9 year old child in france died due to complications from cardiac arrest, and has been tested positive for coronavirus antibodies.

In bergamo, Italy between February 18 and April 20, the hospital papa Giovanni XXIII admitted 10 children with the syndrome.

Eight children has been tested positive for coronavirus antibodies, new reports are worrisome as it has raised concerns that coronavirus could take a big risk on the children. In new York 5 year old girl is currently fighting for her life in hospital few some weeks now.