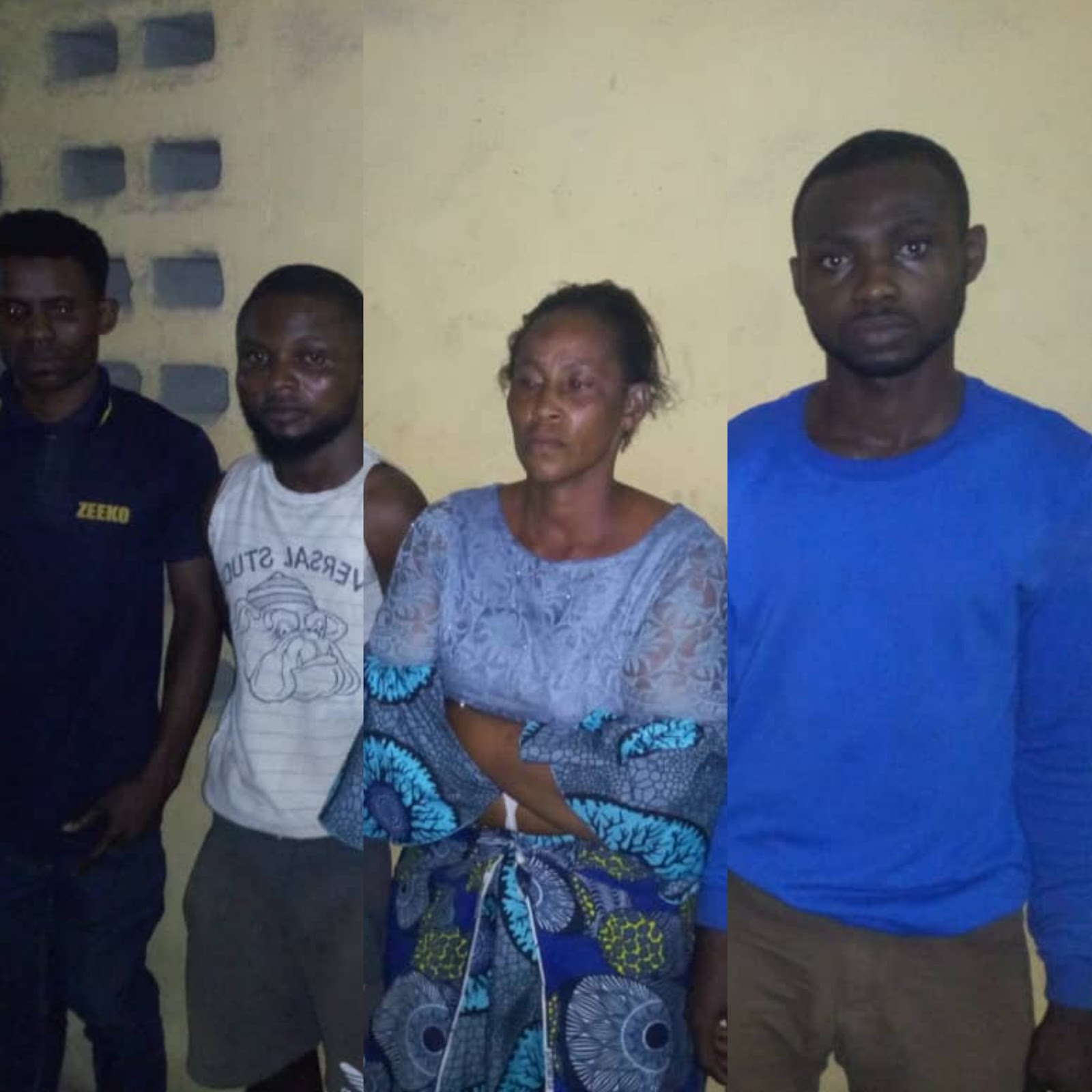 Women and her three sons has been arrested in Lagos state  for killing 16 years old girl for money ritual.

The lagos state police has arrested them for allegedly killing a househelp in bariga area of lagos state.

From the statement released by Bala Elkana spokesperson of the state police common says men of the Bariga police station released a tipoff on May 9 that one shade moke 41 conspired with three other on February 29 and allegedly killed her 16- year old  househelp, Halimat Sodiq over an alleged of stealing.

The victim is said to be a house help to Shade Moke. She was accused of stealing N2000 from her madam which she denied. The madam invited the remaining three suspects who tortured the girl to death. They buried her secretly at Atan cemetery Lagos, so as to conceal the murder. The four suspects were arrested but they denied the allegations.
They however, admitted slapping the girl for denying that she stole the money. They claimed that the girl went into convulsion after drinking water and that they took her to three different hospitals before she eventually died. That the girl was buried by her parents not the suspects. The parents were also contacted for their statement'' Bala's statement read.

The cases has been taken to court said by the police spokesperson Hakeem Odumosu psc.