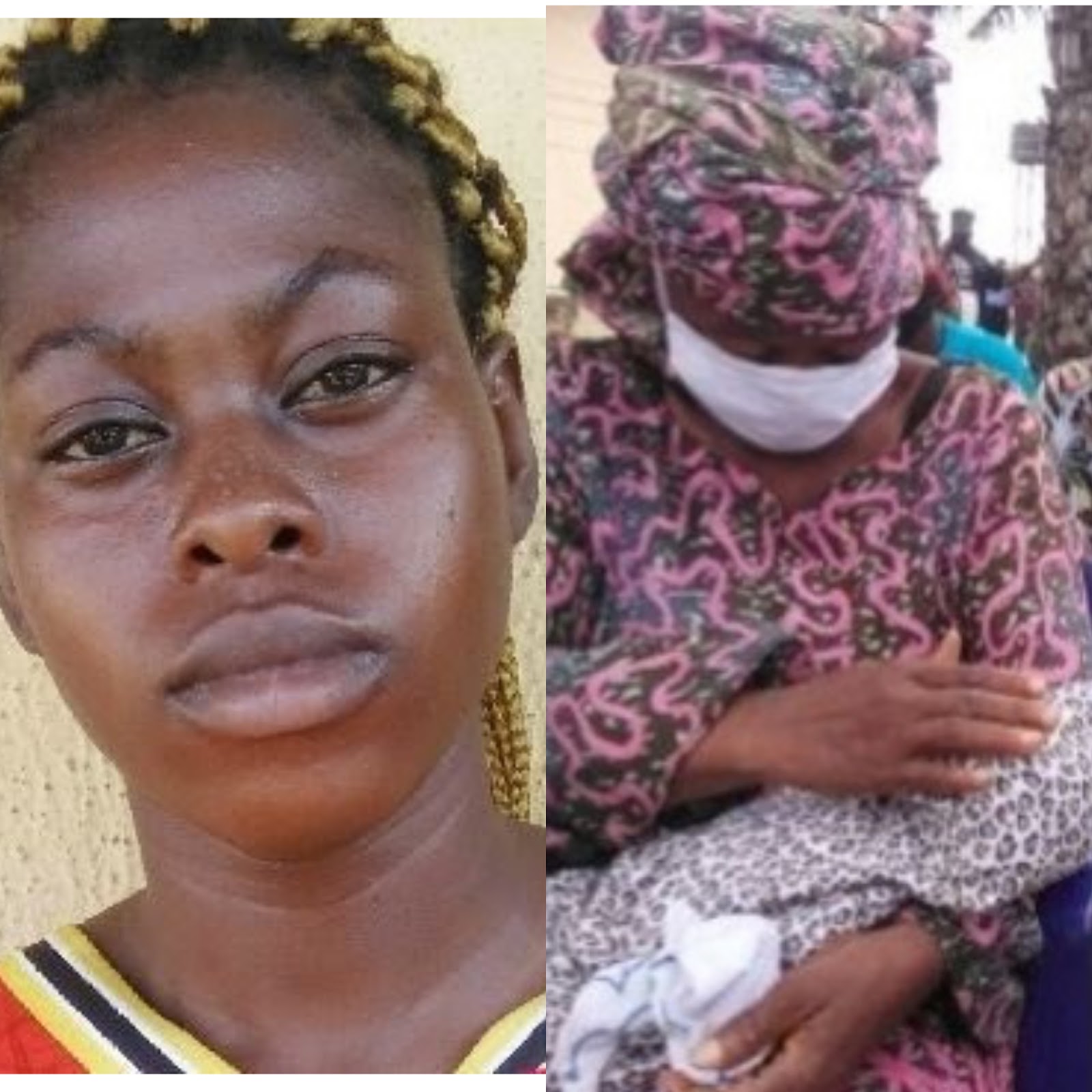 A 20 years lady confirm to police how her aunt sold her child for N800 and lied to her that he died at childbirth.

The lady know as Abiola  komolafe living in Anambra eastern part of Nigerian her aunt known as Bosede was paraded alongside of  182 suspects by the Delta state police command in asaba for crime raging .

The gang was disclosed that uncovered dillgent investigation by his men said by Inwa.

According to the report, ones the syndicate comprised three women who are assigned  to trick young pregnant girls to Onitsha to deliver babies.

Inwa also said in the course of investigation , Tolulope Bosede confessed to police , that she tricked Abiola Komolafa from Akure to Onitsha where she successfully gave birth to a baby boy, but she later took the baby  form her  and sold him to Mrs  Nkaneme Melife  37 in Onitsha while she lied to the mother that the baby died in childbirth.

The two buyer have been arrested along with one Josephine, the police boss added that arrest of members of the syndicate led to the receive of another male child aged two weeks old suspected to have been stolen by Mrs Ekunno