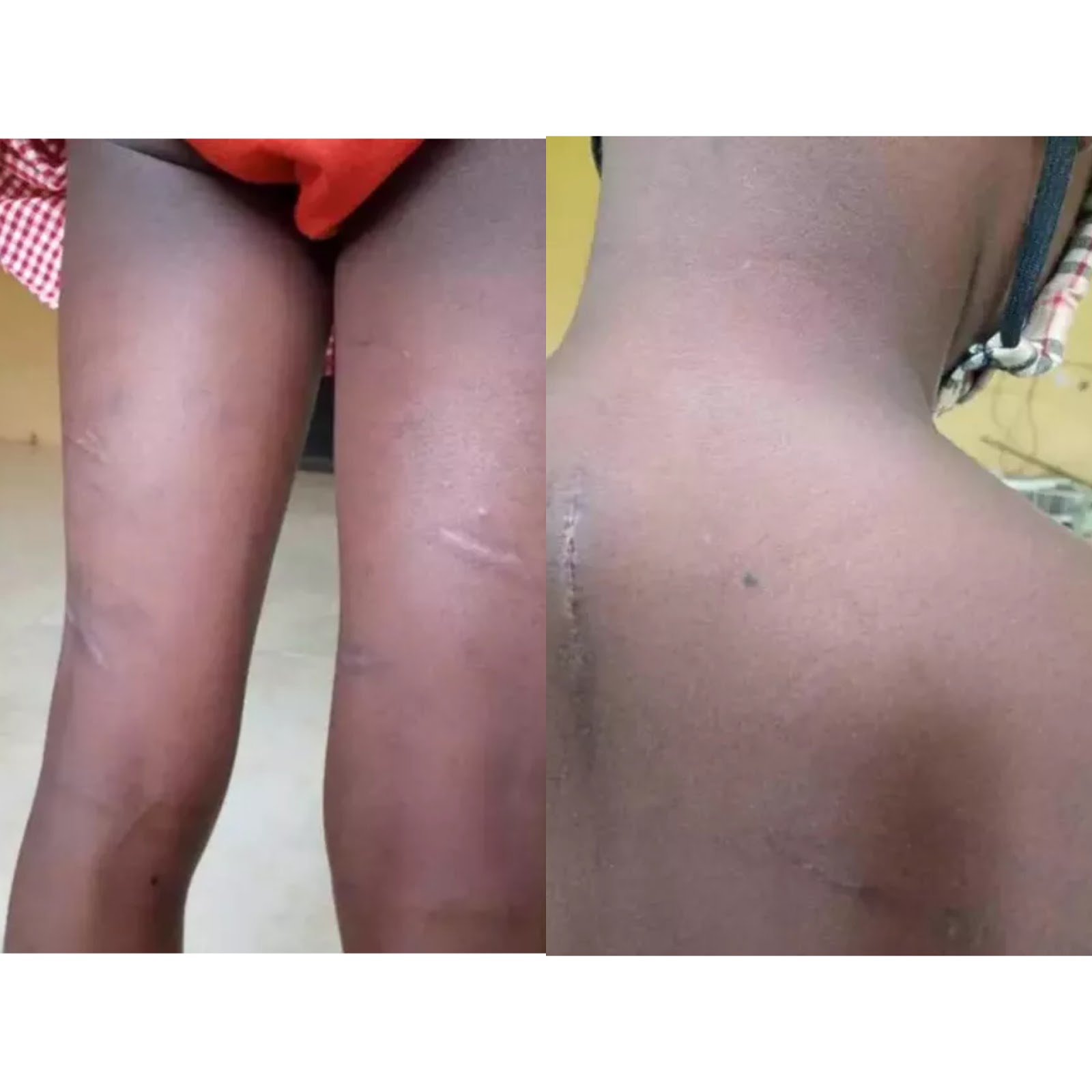 A ghana 10 years old girl known as Ester Nkwede escape from a two story building over bed matreatment  by her guardian.

According from the reports from news correspondent said that Esther was entruted to Mr collins (her guardian) by Dr Nkwede over a good friendship between them.

Dr Nkwede who is Esther uncle, who gave Esther to Mr collins over to be taking care of her as a child, Esther has been maltreated by Mr collins several times, until she couldn't take it anymore and decided to escape.

On an interview with Mr collins he said Esther was found sleeping on his matrimonial bed, and also confessed he beat her the other night for pouring water on the floor.

When Esther found out that her master meant his threats and saw that he had prepared a place for her beating after she was caught on the bed, she took to jump through the balcony of a two story building and landed on a concrete cover soakaway pit.