17 YEARS OLD GIRL ARRESTED FOR FAKING HER KIDNAP WITH HER BOYFRIEND,( PHOTOS). 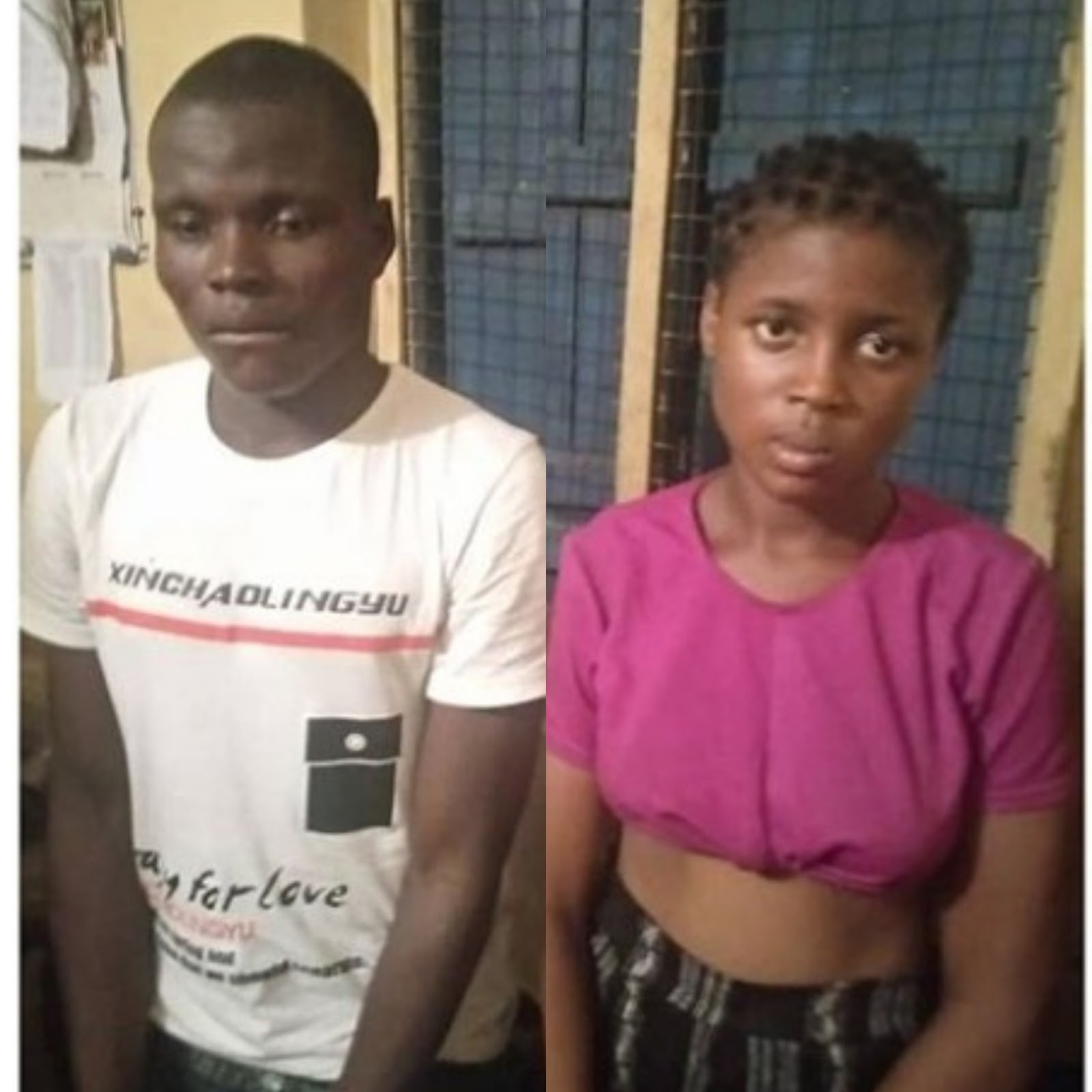 I7 years old girl arrested for faking her kidnap with her boyfriend in ogun state.

The girl known as Seun Adekunle was arrested alongside her 25 years old boyfriend known as Basit Olasunkanmi.

She sent her daughter to lafenwa market on the 1st of June 2020 and she has not been seen since then,  the mother  also discloseed her received a call from someone two days later and the caller claimed to have kidnapped her daughter.

The caller made a demand of N500,000,  she also said that the caller warned her not to go the police if she wants her daughter alive.

When the investigation led the police to the hideout where the girl and her boyfriend were staying as they waited for the ransom to be paid.

After all they confess and it was the boy that confused the girl to do so, because he needed money.