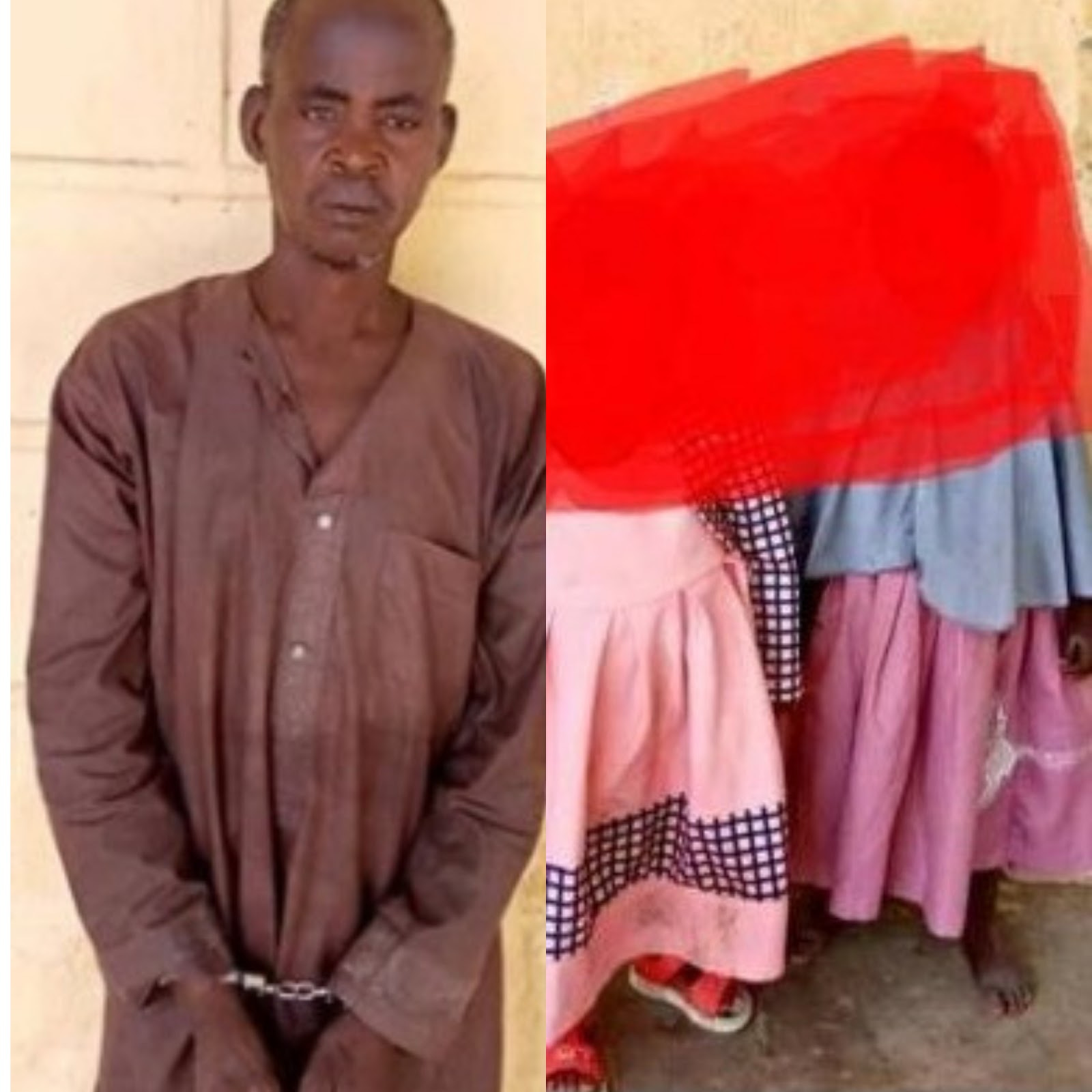 66 years old man was arrested in Yobe for using chocolate to rape with little girls salon Gari area in the state,

From the reports the man known as BABA Sahabi, who lived in the Daban Kare area of Sabon Gari was very friendly with children and used chocolates and sweets to lure little girls into his house and will rape them.

A resident of the area who write a statement to police over the issues said, he is always buying chocolates daily to use to lure girls into compound.

The victims who live around his area were s*xually abused several times by the randy man, he said to have been very friendly with children and often offer them chocolate to rape them.

Parents of the victims said that they only discovered about the incident after the girls were  showing signs of being in pain.

A check on their bodies showed that the victims private parts were severely  damage as a result of repeated assault.