69 KIDNAPPERS GANG GOT ARRESTED BY POLICE,(PHOTOS). 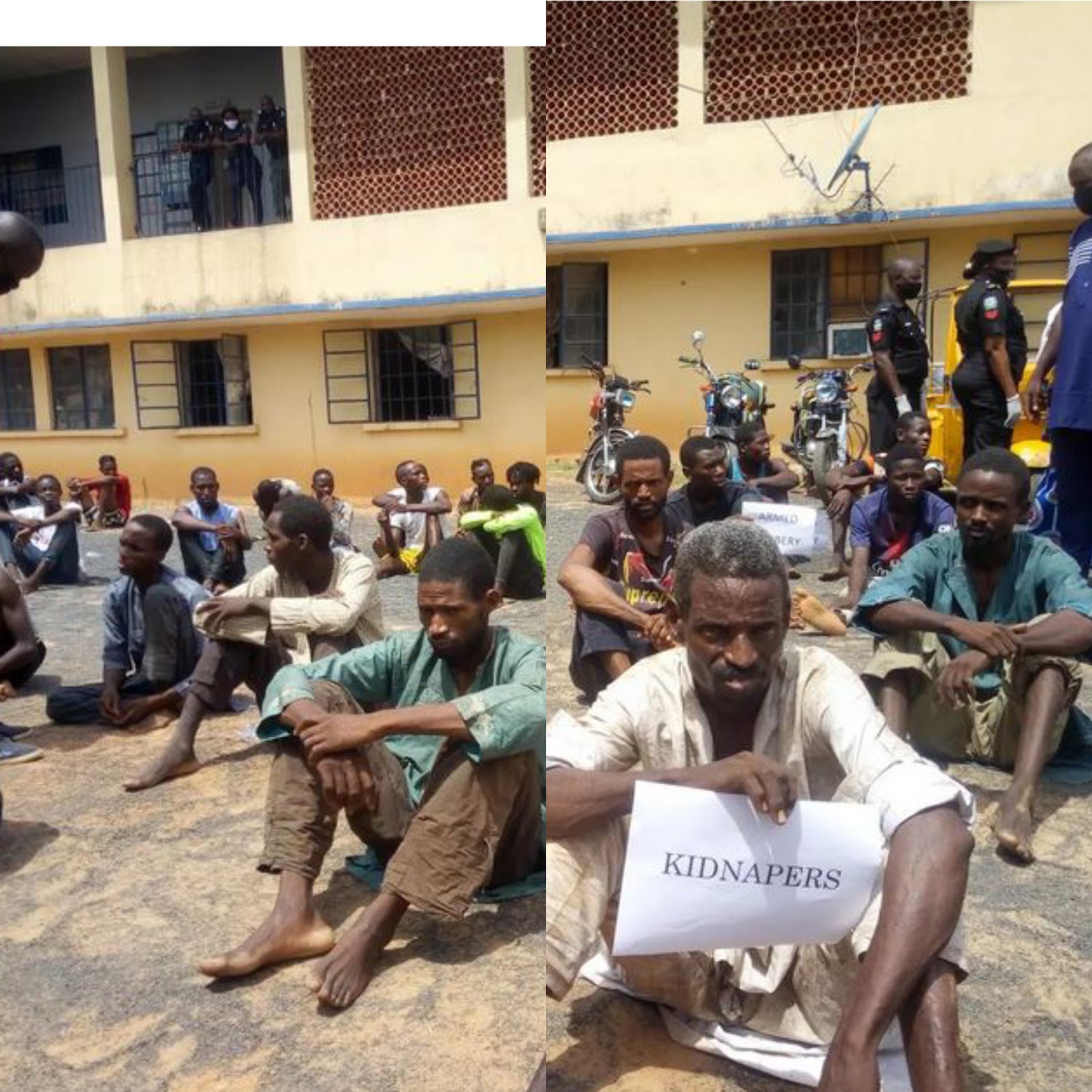 69 kidnappers  gang in Adamawa state  got arrested by the police, who's involved in kidnapping, armed robbery homicide and violence.

From the report of police spokperson he said 19 of them have been involved in kidnapping incidents and six other allegedly threatened people with kidnapped and collected money from them.

The incident paraded on Monday at the police haedquarters in Yola also included 25 suspected Shila Boys who were mostly teenage boys and allegedly engaged in  street snatching of valuables from residents.

The others paraded were 18 people arrested for allegedly inciting communal clashes in Tigno in lamurde LGA as well as one person who was accused of culpable homicide,  the state commissioner of police.

Cp Olubenga Adeyanju who paraded the suspects said the suspected kidnappers were rounded up when operatives of the state police command and members of vilgilantes and hunters stormed.

On the investigation led to the arrest of a syndicate that kidnapped sule Haro and solomi ishaya and killed the husband pastor ishaya.
In April 2020 at mararaba Boki in Gombi in LGA, he added that the suspected kiddnapping gang also kidnapped one Aminu of Uba village in Hong LGA and demanded N10  million ransom.

The Group further confessed to having kidnapped Dodde Zumo and Ya'u mohammadu both residents of zumo in Maiha LGA and collected N1 million.