70 YEARS OLD WOMAN SHRED TEARS AS SHE SHARED STORY HOW HER DAUGHTER- IN-LAW GOT KILLED WITH HER 5 DAYS BABY IN KADUAN. 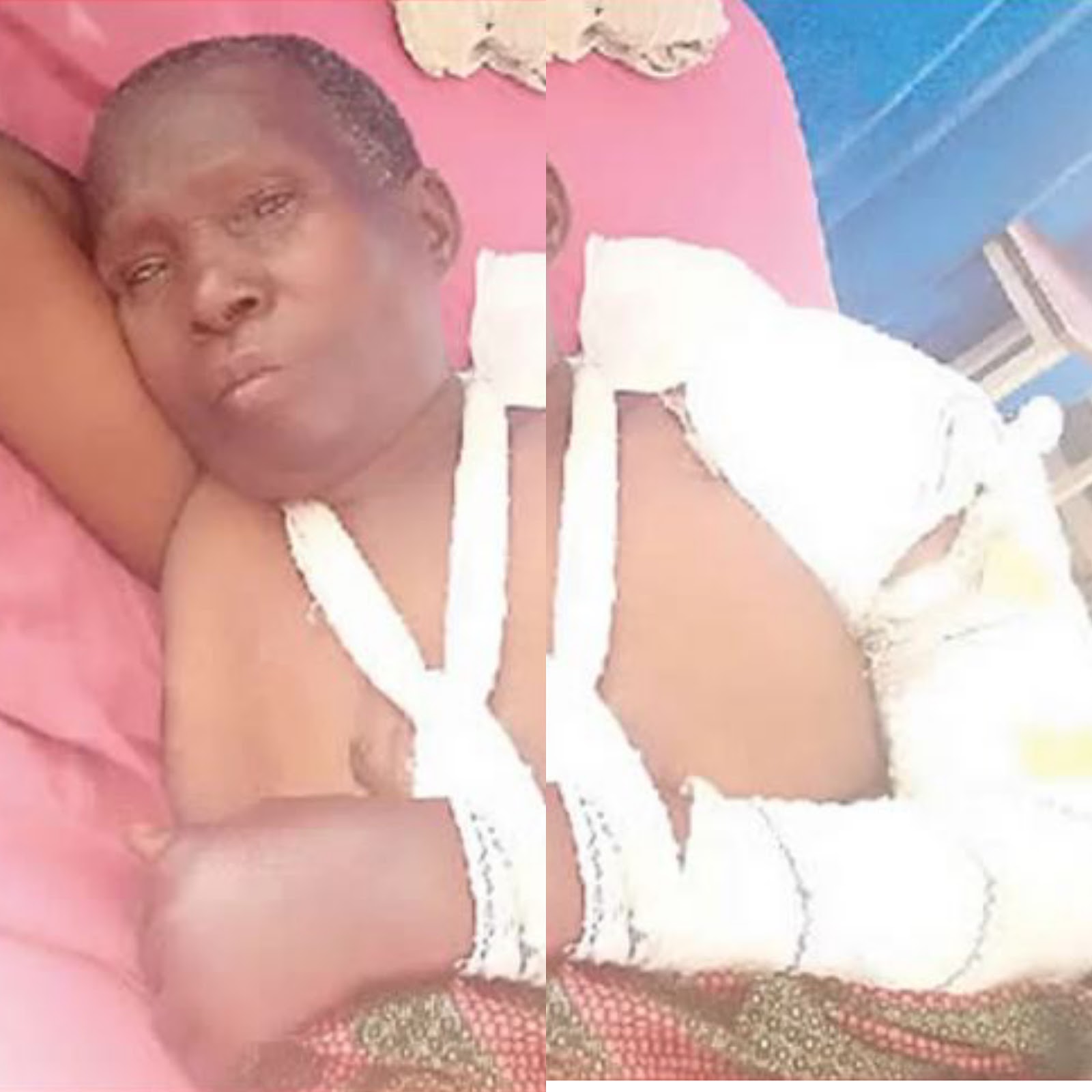 70 years old woman shared story on how her daughter in law got killed by fulani herdsmen  in her home town Gonan Rogo, who left a five years old  baby .

Godwin Isenyo interview her in her hospital bed, according to the  report her name is Martina Sarki, 70 years old.

The fulani herdsmen attack our home, all i could hear were gunshots all over the place.
I saw my daughter in law on the floor with blood over her body, she had  just been delivered a baby, and the baby was just five days old.

Then i told my daughter in law that fulani herdsmen had invaded in our village, she woke up immediately, meanwhile, my little son was in her room  hearing gunshots from a far said that the herdsmen have invaded our village amd they are going to kill us.

He rush out to infromed our neighbours and perhaps mobile people but there were confusion all over the place, before then i went out to look for a way look, i started hearing gun shot inside our house.

Then i rush back find my daughter inlaw shouting mama mama,immediately i fell beside her five days old child, i called the fulani herdsmen to come and kill me instead of my daughter in law. But they were busy asking me where is the gun.

After they left, my son came back to saw her wife dead and also me in a pool of blood, all that he said is "they have killed my wife, before he earlier went to inform neighbors about what is happen not knowing that they had all escaped into bushes.

The only of my ralation they killed was my daughter in law, the reason why i knew they're all fulani. herdsmen is because they are all speaking fulfulde. But if i see them again i wont be able to recognize them because they  came at night.

My heart was broken as they killed her because her baby was still small then, but i think by now she is two  weeks plus.