8 POLICE OFFICERS GOT KILLED AS ISANLU BRANCH OF FIRST BANK IN KOGI STATE GOT ATTACK BY ARMED-ROBBERS,( PHOTOS). 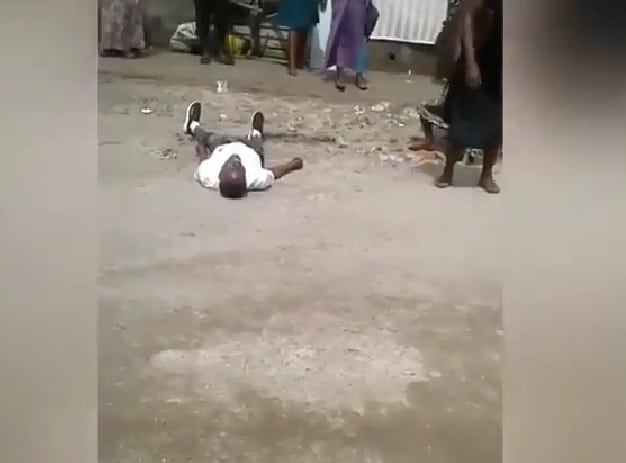 From the news reports the police officers (DOP) was among the killed police men at the incident that happened,

The DPO, two policewomen and four other police officers were killed at the Station, while one officers got killed inside the bank.

A male civilian got killed when a stray bullet hit him, the armed men were said to have invaded the police station all the detainees free before killing them.

The armed men subsequenetly moved to the bank where they carried some uncounted money away,

From the reports of the witness  , segun Thomas said the robbery operation lasted for one hour,  the robbers came with two vehicles, a bus and a car  which they also  used to escaped from the town.

The car, said to have been snatched from the owner was abandoned around kizito college isaplu,

William Aya the spokeman of the state police command confirmed the robbery and the attack on the police station.

The case has been handed over to the deputy commissioner of police in charge of operation to Isanlu to ascertain situation.