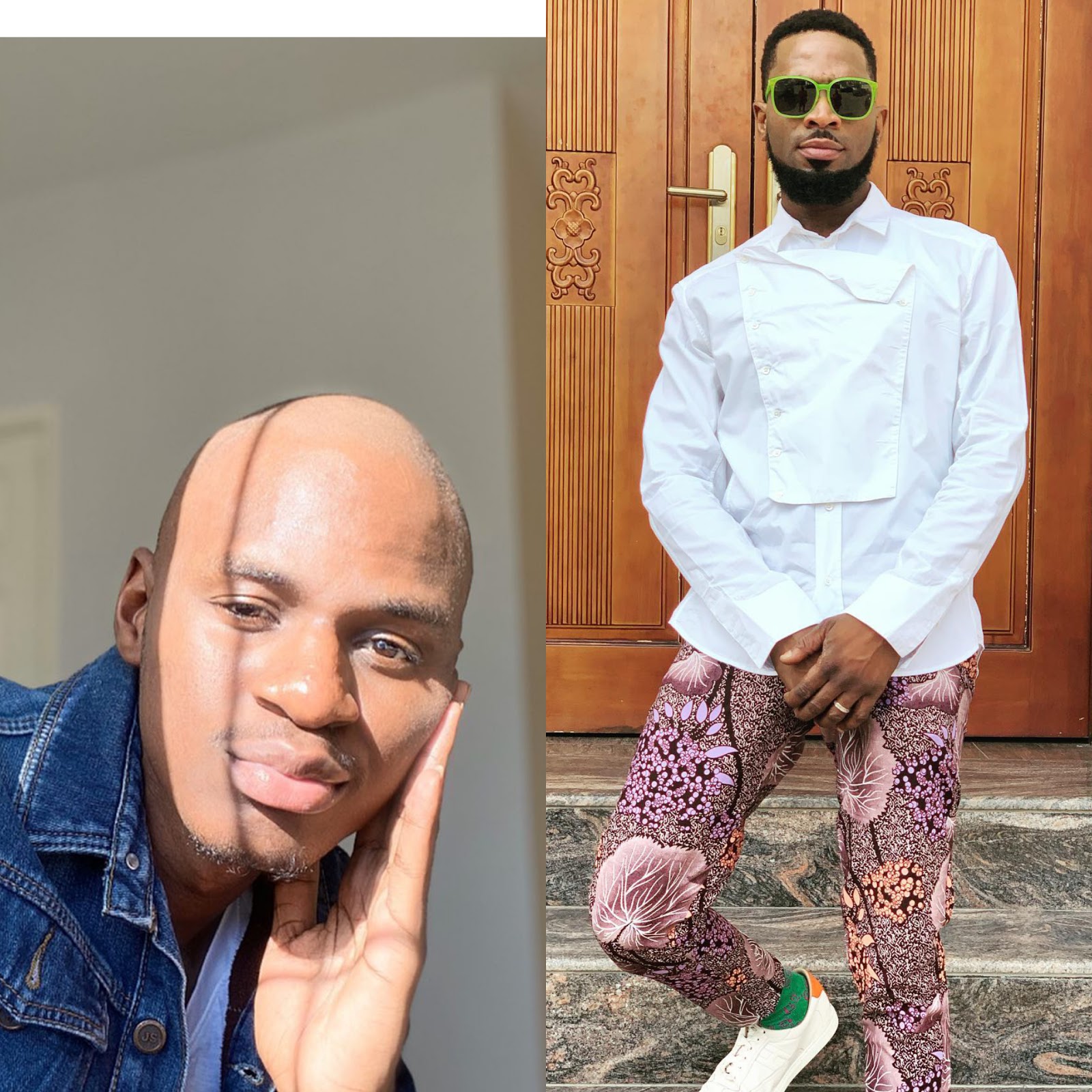 The Instagram want to his Instagram page to shared the story, he said, " How you have the courage to post about rape is what baffles me.

Quick story time—On the 30th of December 2018 at eko Atlantic an event called splash off which was an all white party,franklin your manager then invited my friend to the party,On getting there Dbanj sighted her and sent few people to talk to her but she refused.

My friend left the party and went to glee hotel in Vi where she was lodged by her friend franklin cos my friend couldn’t go back to the mainland that day. My friend got a call from oyinda who at that time was dating dbanjs friend, telling my friend the amount of money dbanj was ready to spend on her if he agrees,but my friend turned down the offer because she wasn’t interested.

Dbanj drove all the way from Eko hotel where he was lodged and came down to glee hotel in Victoria island at midnight 2:40am and collected the spare key from the receptionist, obviously it’s dbanj a fucking celebrity rapist, he would be given a spare key, got into my friends room and forcefully threatened he would walk her out of the room n&ked,Kept his fingers in her Vagina and repeatedly r*ped her.

My friend was crying and dbanj turned deaf ears how wicked and heartless!!! And immediately he did that Dbanj left. So you still have the right to post on R*pe it’s been two years my friend has been traumatized over this.

And as at yesterday she threatened to commit suicide, she’s so livid and mad seeing a rapist like you post this. Take this post down and stop clouting, stop being a preacher of R*pe cos you’re a r*pist. I know I don’t have the power to push this but all Rapist will die a miserable deaths!" 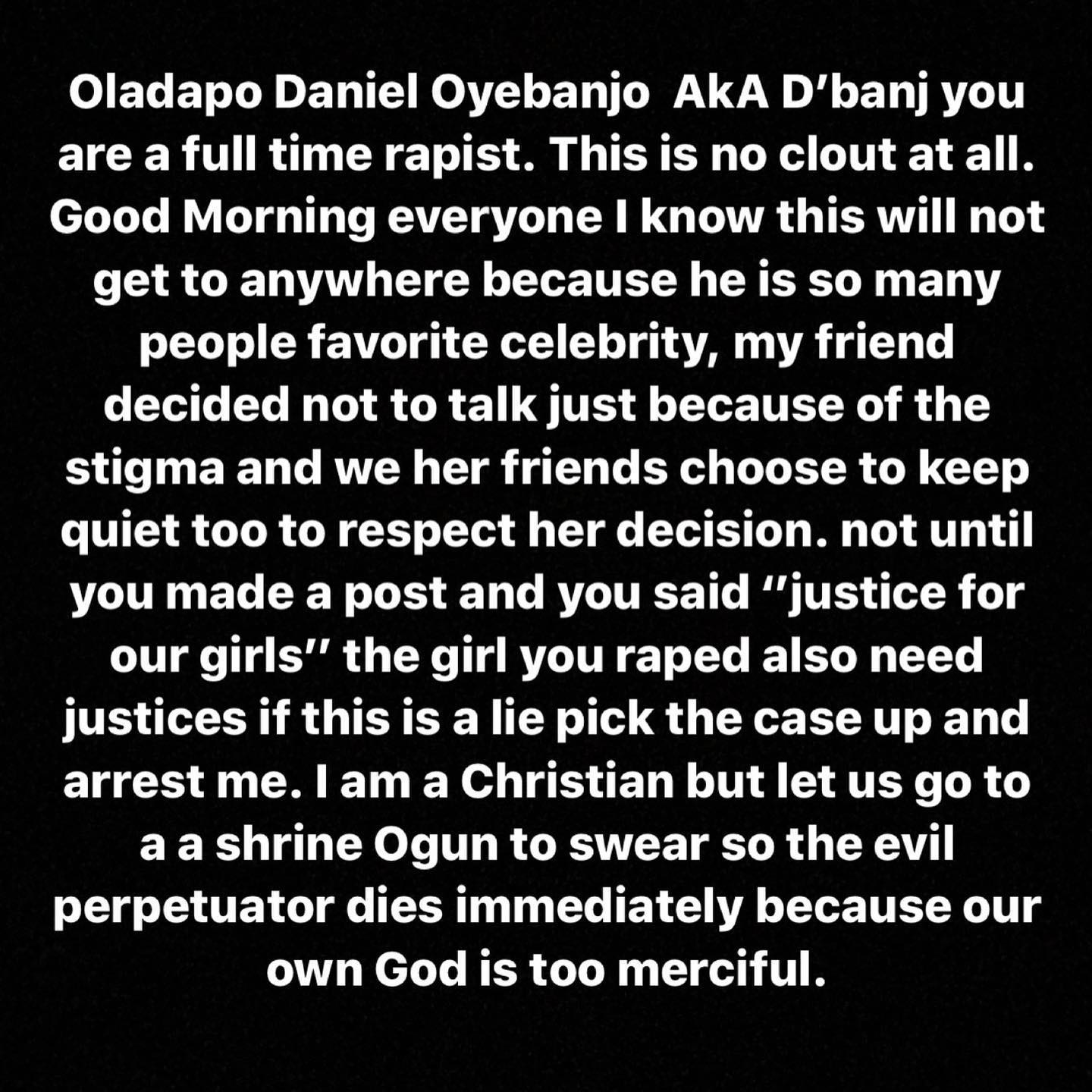 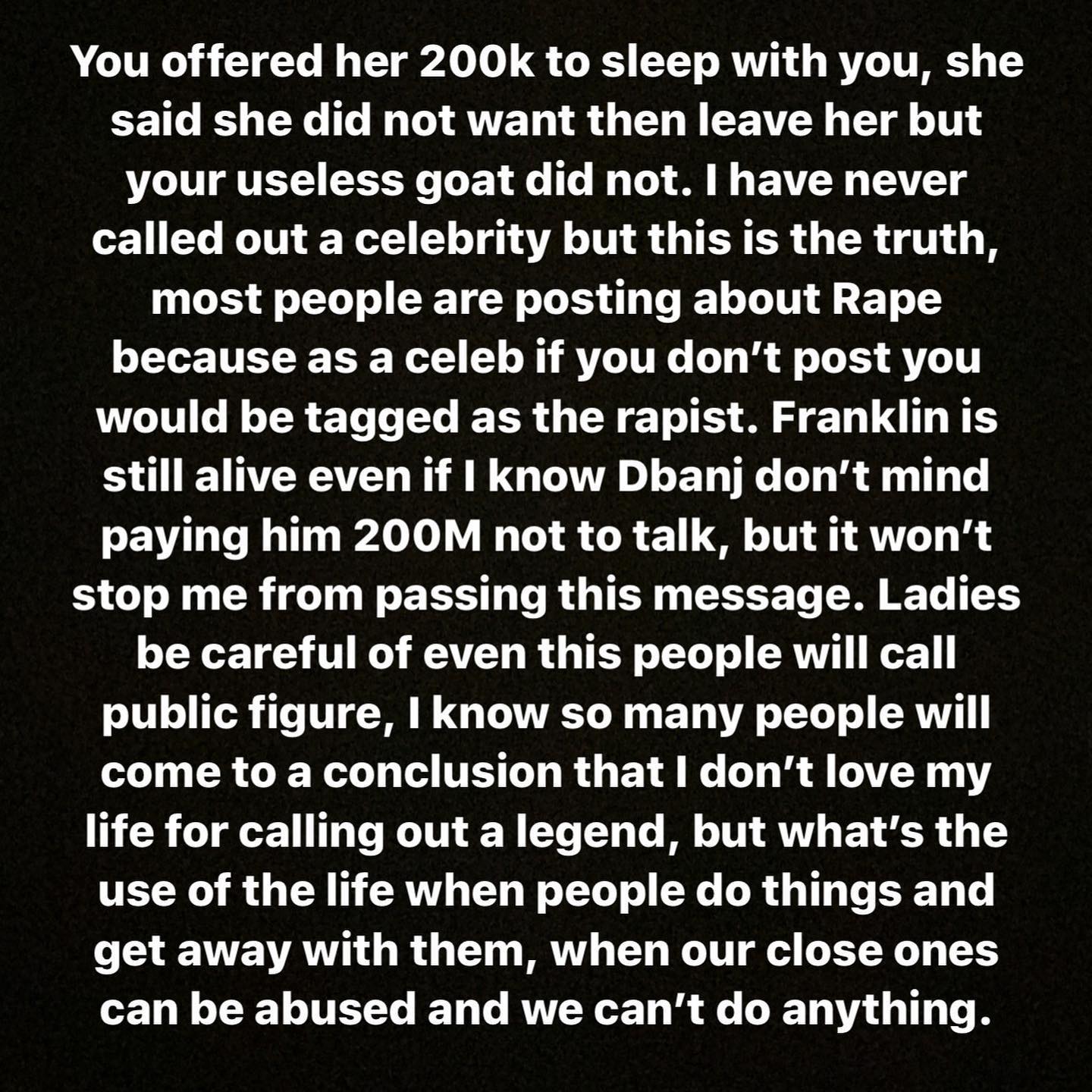