DEPUTY GOVERNOR OF ONDO STATE BLOCKED BY A POLICE COMMISSIONER OVER HIS PLAN FOR DUMPING APC FOR PDP(VIDEO). 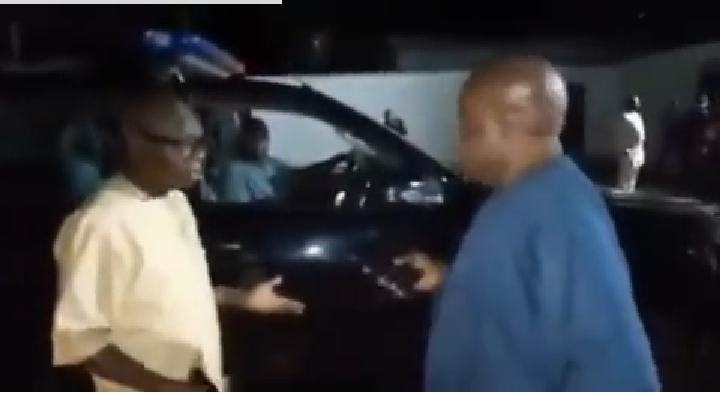 The Ondo state deputy Governor known as Deputy Governor Agboola Ajayi was stopped for living the premises over his plan for Dumping APC for PDP.

From the record the video was shot as Ondo state Government house In Akure, Mr Salami Amidu Bolaji who is the commissioner of police who was having an argument with the Deputy Governor at the government house gate.

The police Commissioner said he has been link to some defection plan which he repeatedly mentioned in the video.

According to Sahara reports, he said that Ajayi has decided to join the PDP to contest against Governor Akeredolu im the state government election scheduled that will be holding on October 10 2020.

The news was reproted that Ajayi
Defection plan has created disaffection among top members of the house (Akeredolu).

Some insiders said the plan of the Deputy governor decision to contest for the upcoming governorship election stemmed from a cold war between him and Governor Rotimi Akeredolu..