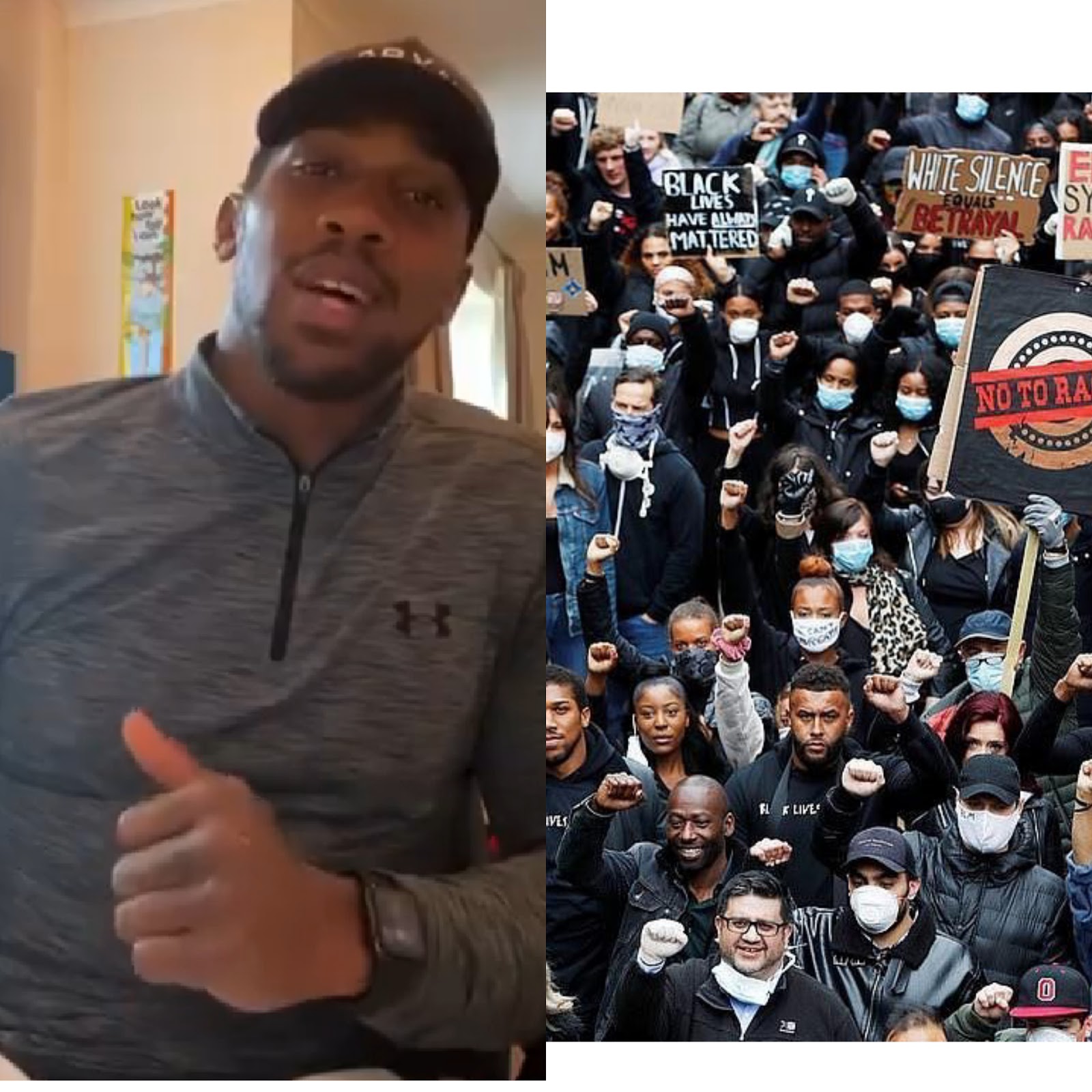 The known boxing heavy weight champion Anthony Joshua said on Saturday over black lives matter protect, that the protesters are the vaccine that will kill racism.

From the report he also that racism is a virus to blacks, comparing its effect to the damage done by covid-19. How long are we going to allow racism to spread through our communities.

Worldwide protect under the banner of black. Lives matter took place on Saturday i response to the death of George Floyd, a back man who died in hands of police officer in Minneapolis last month.

On the protect he told his home town people of watford "you are the vaccine, I am the vaccine killing  a person outright is unforgiveable, but stripping them of their human rights.

Opperssing them, mocking them insulting them placing glass ceilings above them is a slower way of killing them and taking the life out of their soul.

Anthony was on crutches at times on Saturday and was also seen wearing a knee brace, but a spokesperson insisted that was just a precautionary measure.

Earlier this week, joshua felt a slight twinge in his left knee in a training session, but his camp insisted there was no damage.