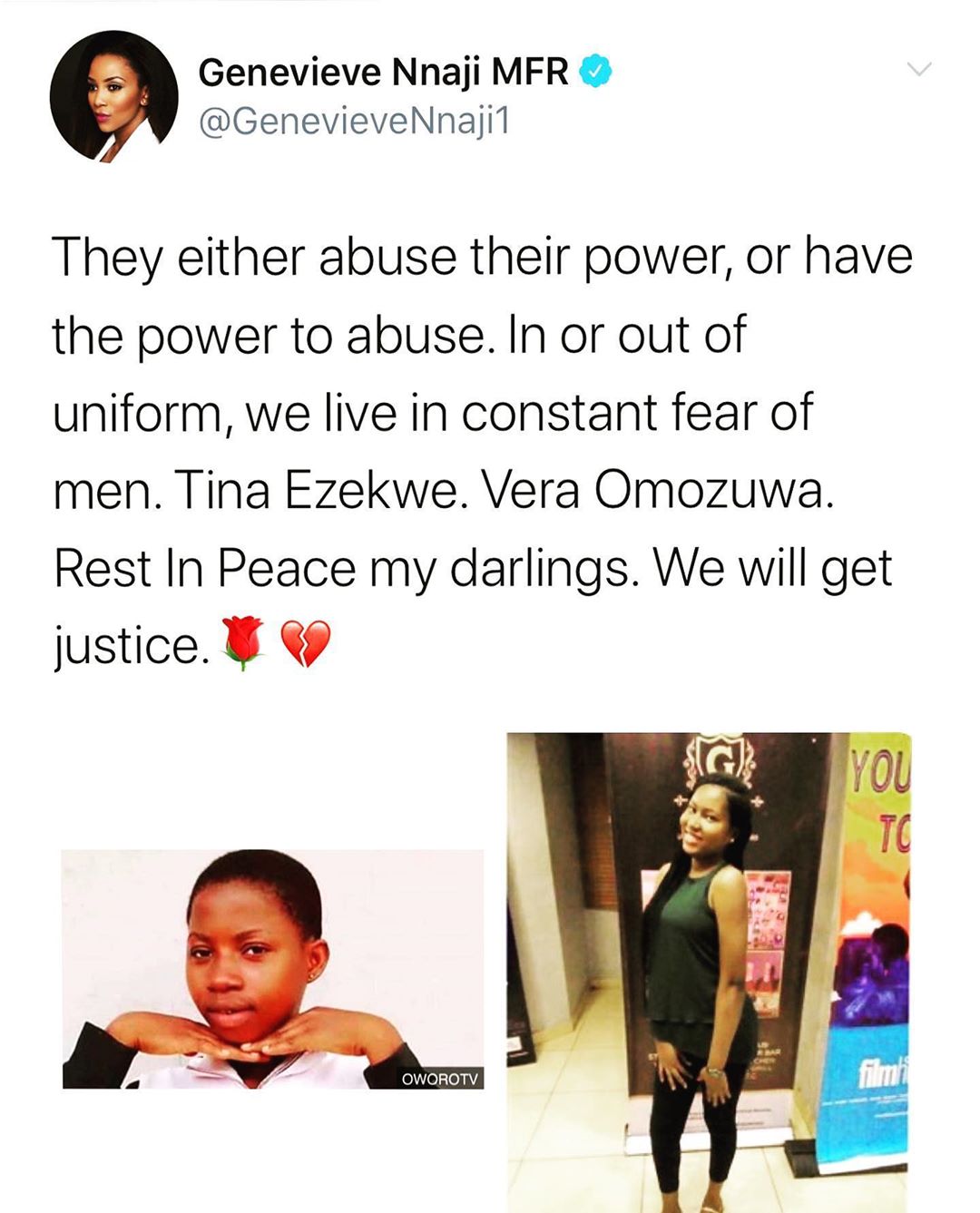 The Nigerian known actress Genevieve Nnaji has react over raping and killing of Tina,Uwa and Jennifer on social media.

Tina got killed by a gun bullet while Jennifer and Uwa died being raped by evil men, on her post on social media .

She wrote,
They either abused their power or have the power to abused in or out of uniform, we live in constant fear of men , Tina Ezekwe, Vera Omozuwa  Rest in peace my dearlings, we will get justice. 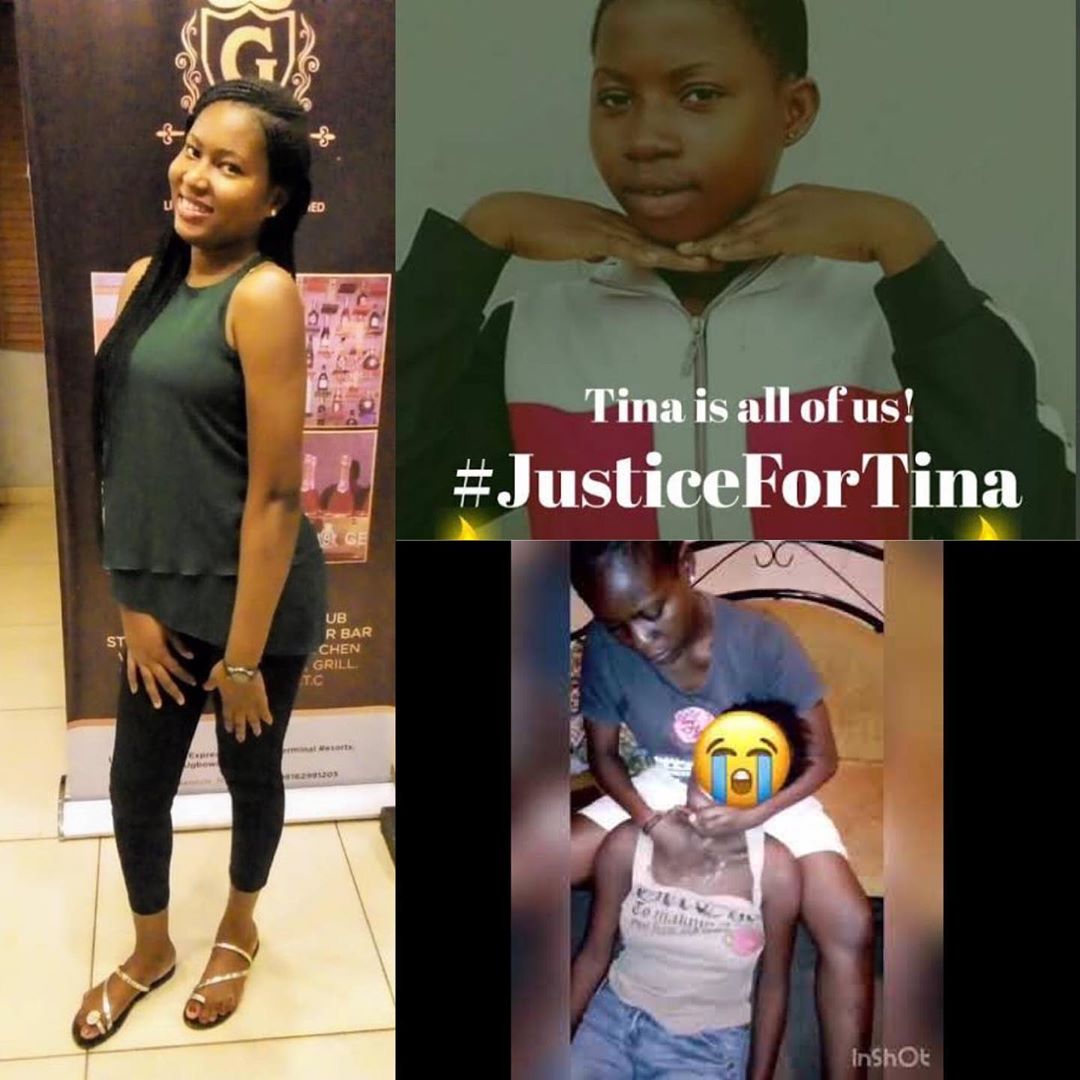 Another Nigeria actress also react on the act, known as  Rita Dominic.

She post it on her Instagram page, she said, Tina was killed by a policeman whose job was to protect her, she was 16years old.

Uwa a university students went to a church to read and she was raped and murdered she was only 22 years old.

Jennifer was raped by 11 men, she is just 12 years old. 12 years old for goodness sake!.
What are we doing wrong that boys and men think that it is OK to continue violating girls and women in this manner?