LADY SHARED STORY HOW HER EX-BOYFRIEND SET HER HOUSE ON FIRE FOR QUITTING THEIR RELATIONSHIP,(PHOTOS). 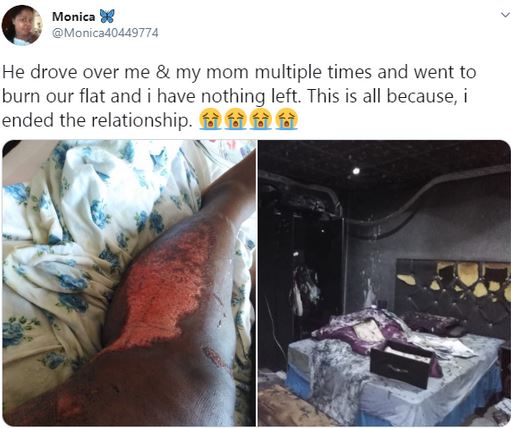 Lady shared story how her ex-boyfriend set her house on fire after quitting their relationship.

The news was shared on twitter by her, according to her she said her ex-boyfriend went on with the arson attack after driving over my mum and i  multiple times.

She shared some pictures of her injuries, she sustained and aftermath of attack in their flat, sh also said she don't have anything left all things was set on fire my ex.