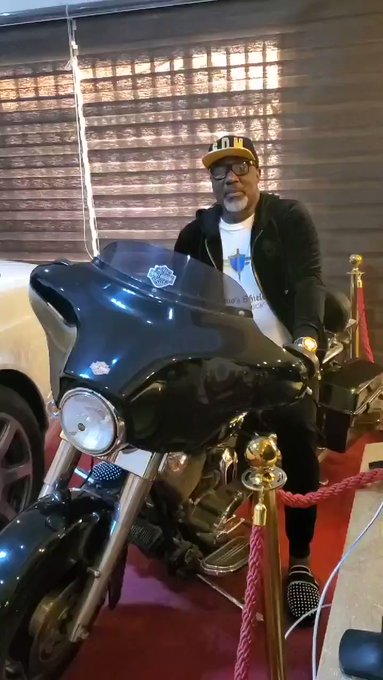 The known Nigerian former lawmaker Dino melaye show up his new expensive powerbike that worth 15 million naira on social media.

According to him he said "i choose God, i reference to his belief that God has been seeing him through in difficult time.

From this court case he had with federal government over false information, he was granted freedom.

He was drgged before the court on a two count charge, court charges bordered on allegedly giving false information  to the police, and he was charged with no case submission.