POLICE SHOT DOG TO DEATH AFTER PREVENTING THEM FROM BREAKING A COMPOUND IN AKURE(PHOTOS). 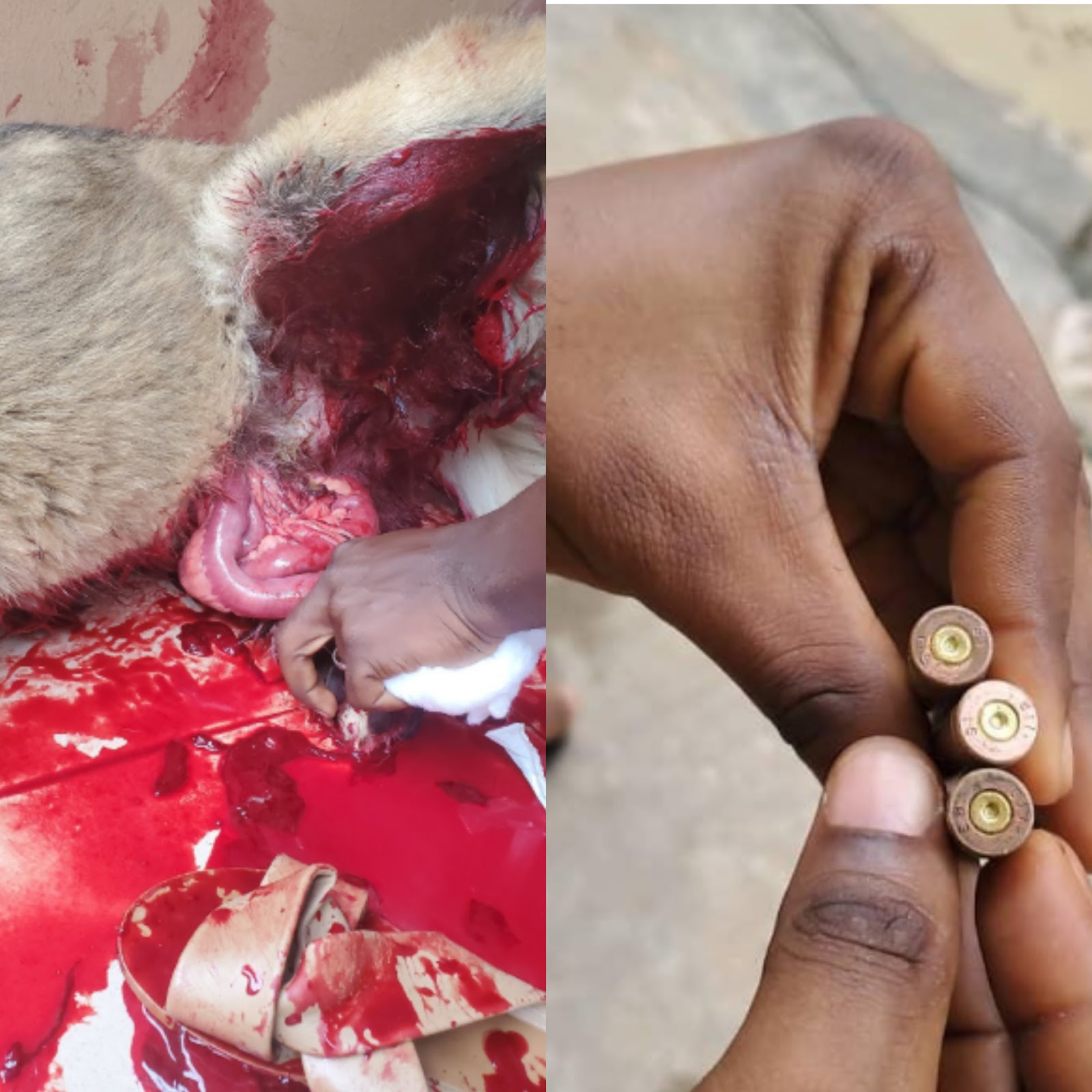 A dog was short dead by police in Akure after preventing them to break a home in Akure.

According from the reports, the eyewitness said the police officers invaded No 6 Samson Ogunleye Street Omi Agagu Olufoam Area in Akure by 7am today been 24th June 2020.

The dogs in the compound refused the police officers to enter, So one of them shot one of the dogs. The dog is now in a critical condition, the pictures was shared online as the dog seen bleeding  profusely with it's organs hanging outside it body. 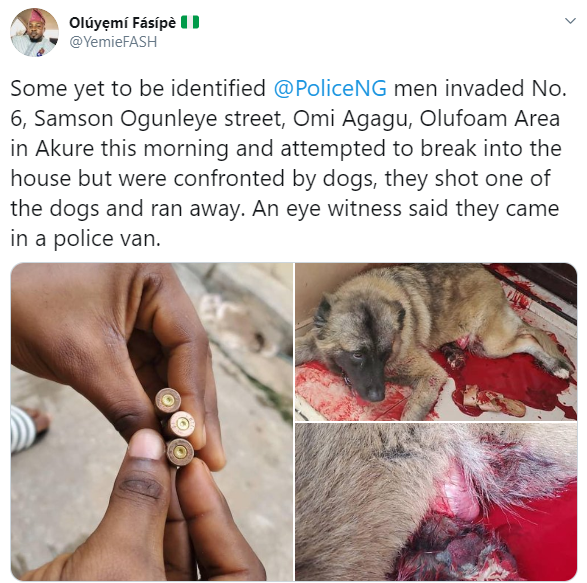 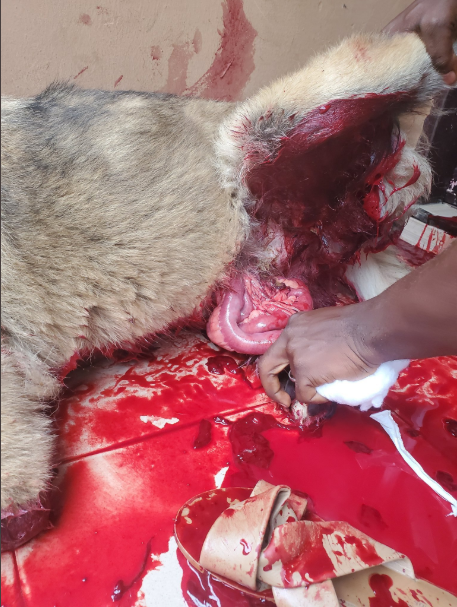 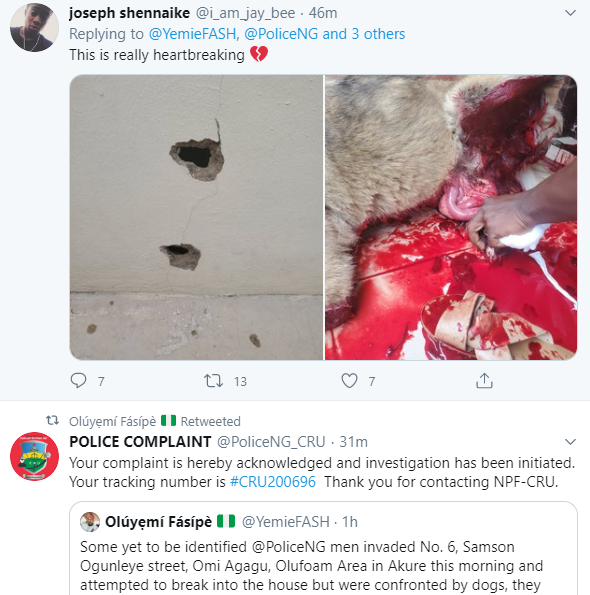 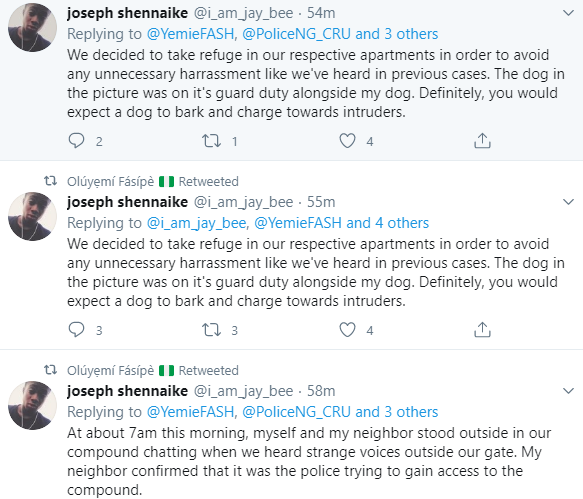