RAPPER: LADY ACCUSED ZORO FOR RAPING HER IN THE YEAR 2015. 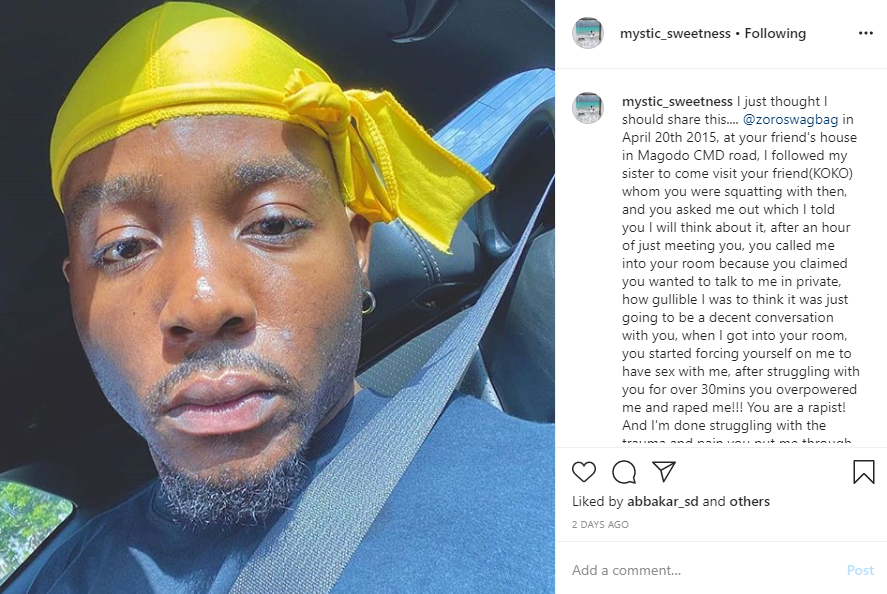 Unknown lady accuse an Igbo rapper for raping her in the year 2015, on Instagram .

According the lady known as mystic sweetness on Instagram, that Zoro raped her in his friend's house in the Magodo area of lagos on April 20th 2015.

"I just thought i should share this @zoroswagbag i April 20th 2015 at your friend's house in magodo CMD road i followed my sisiter to come visit your friend (KoKo) whom you were squatting with then and you asked me out which i told you i will think about it, after an hour of just meeting you. You called me into your room because you claimed you wanted to talk to me in private,how gullible i was think it was just going to be a decent conversation with you, when i got into your room you  started forcing yourself on me. To have s*x with me after struggling with you for over 30mins you overpowered me and raped me!! You ara a rapist and I'm done  struggling with the trauma and pain you put me through" .

On Friday been 5 of June she shared another post of Zoro. Manager reached out to her and is trying to overpowered her, in stopping her with the case by asking her, her mobile number. 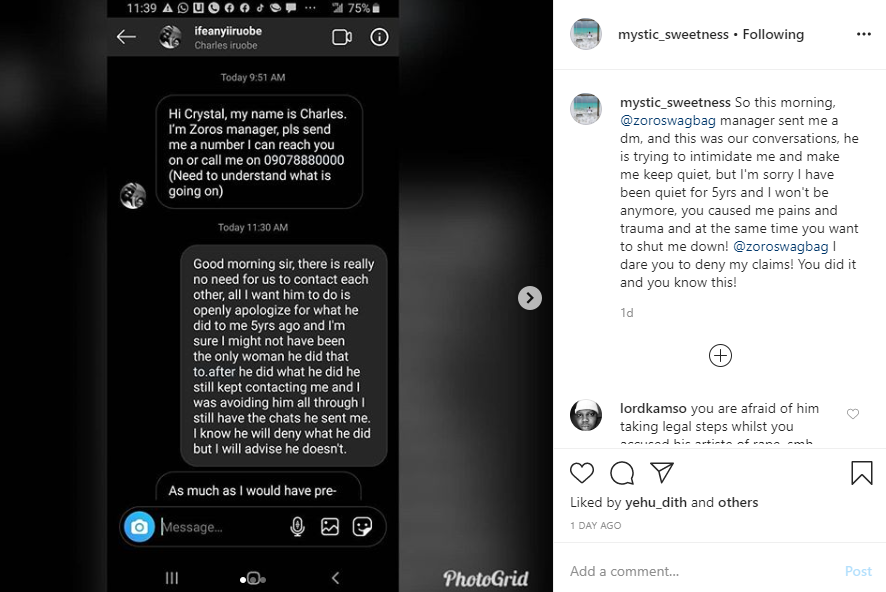 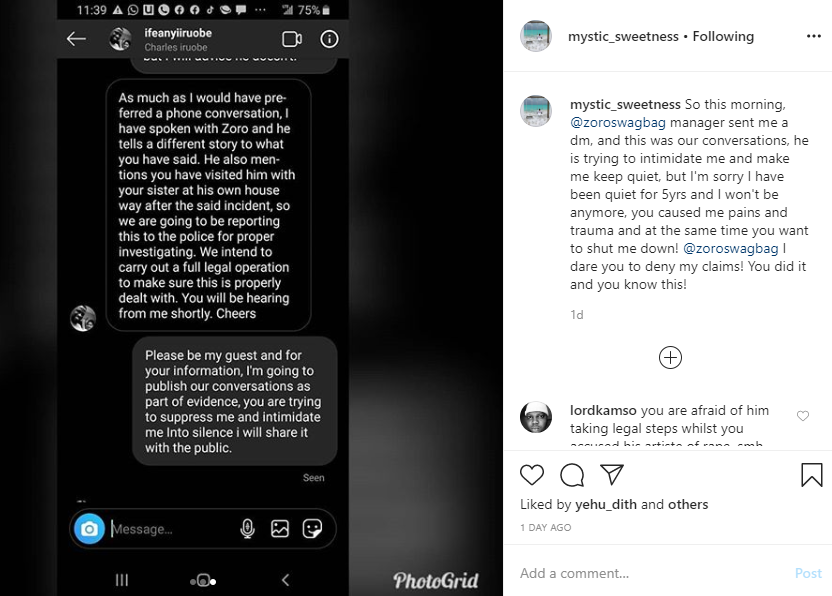 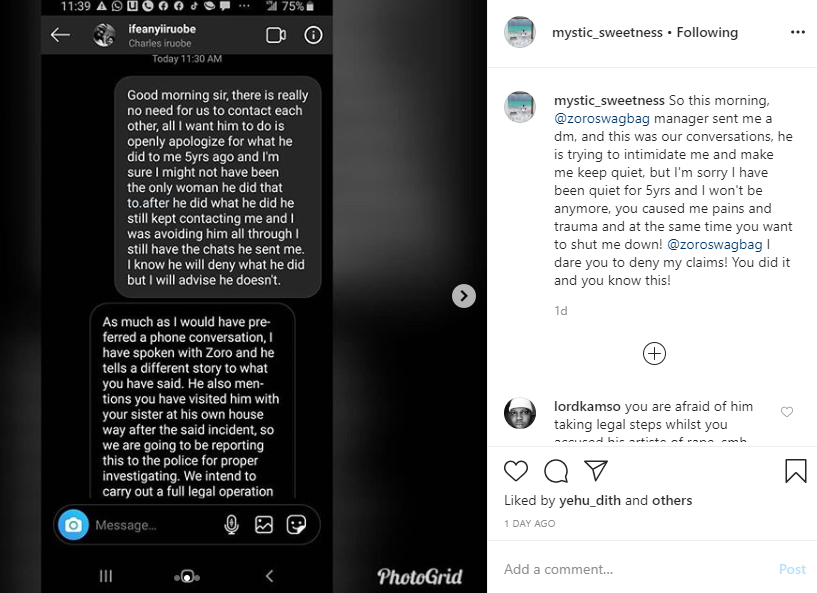