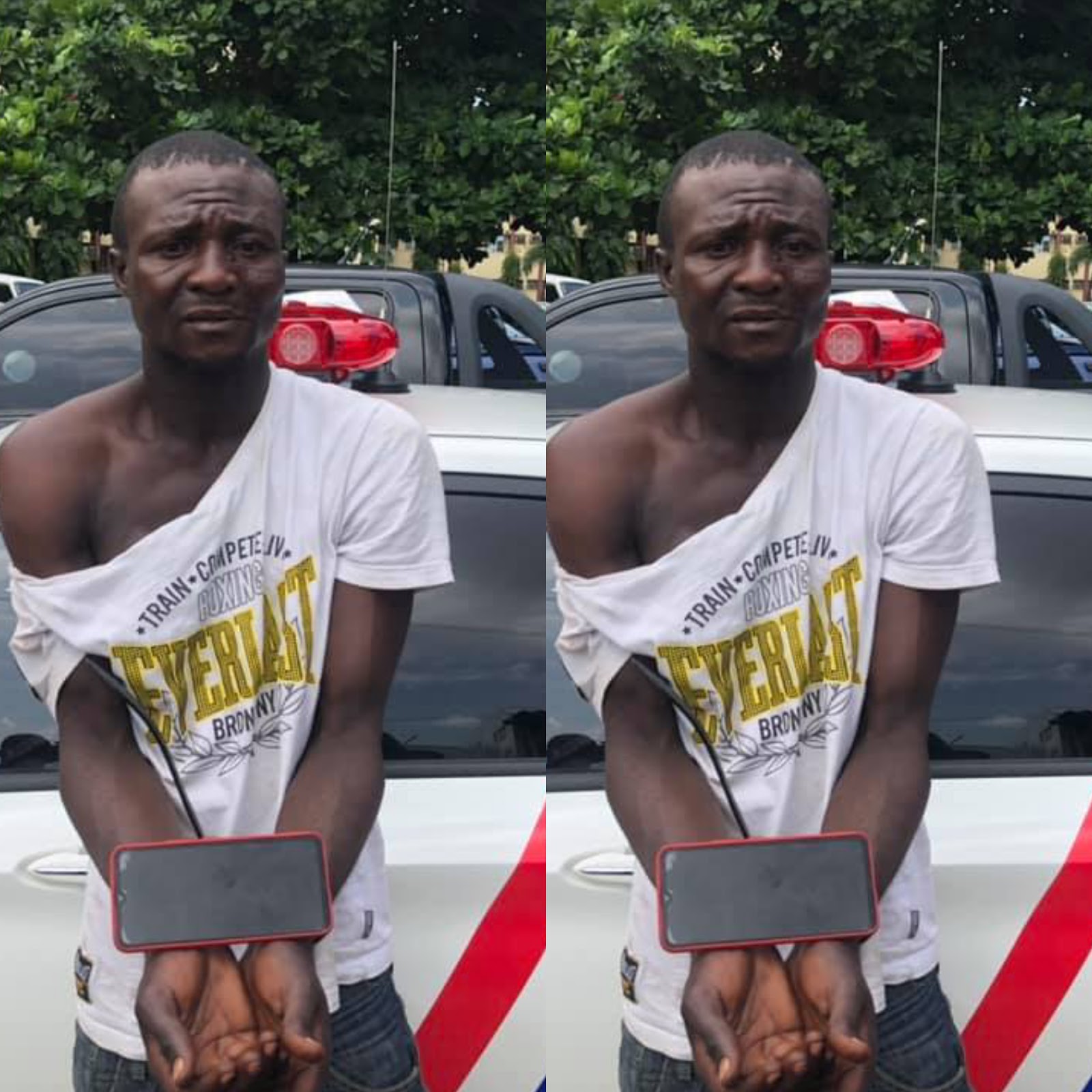 From the reports, the men on Rapid response unit of the Nigerian police have arrested a suspect known as Tosin Onadeko along Awolowo way Ikeja stealing phone of a young lady.

He used his body and push the victim intentionally and stole his phone stylishly while he partner kept distracting the victim with words.

And quickly got on a bus before being arrsted by the officers who conducted a search and found the phone on him and he will be charged to court.