SAD STORY: A TAXI DRIVER GOT KILLED BY A TREE IN GHANA,(PHOTOS). 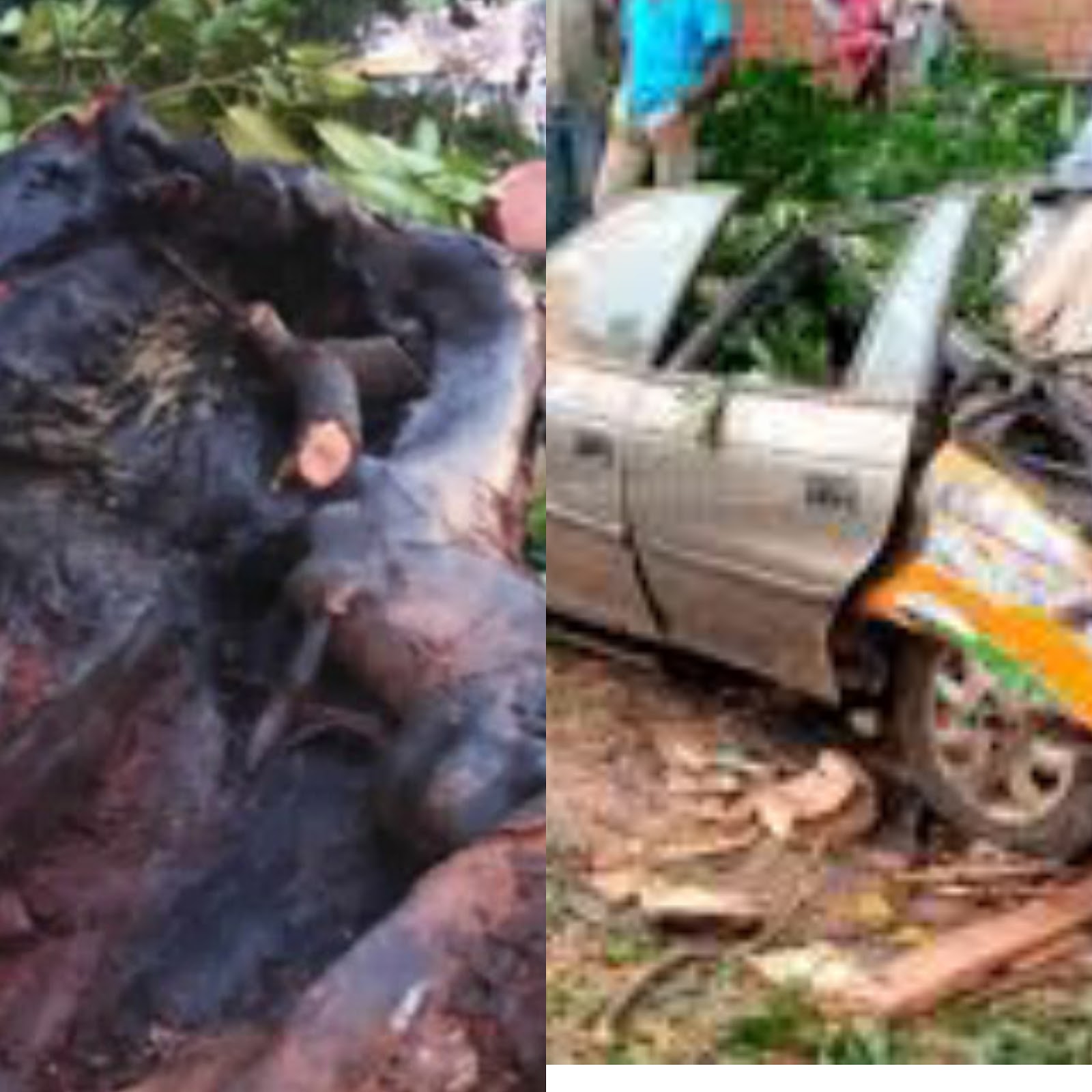 A big tree killed a taxi driver in Ghana, by 5:20pm as he was on his daily routine to find money to feed his family and lost his life.

According to buzzgh, it was a heavy storm that occurred resulting in a tree fallen on him. The act happened in  Kumasi, the Ashanti regional capital at a spot in front of asanteman senior high school near Suame roundabout. 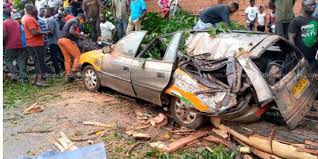 He parked his opel Astra car with registration Aw,7248-14 under the big Neem tree waiting for his passengers, before the tree fall two of his colleague escape, but he didn't escape. 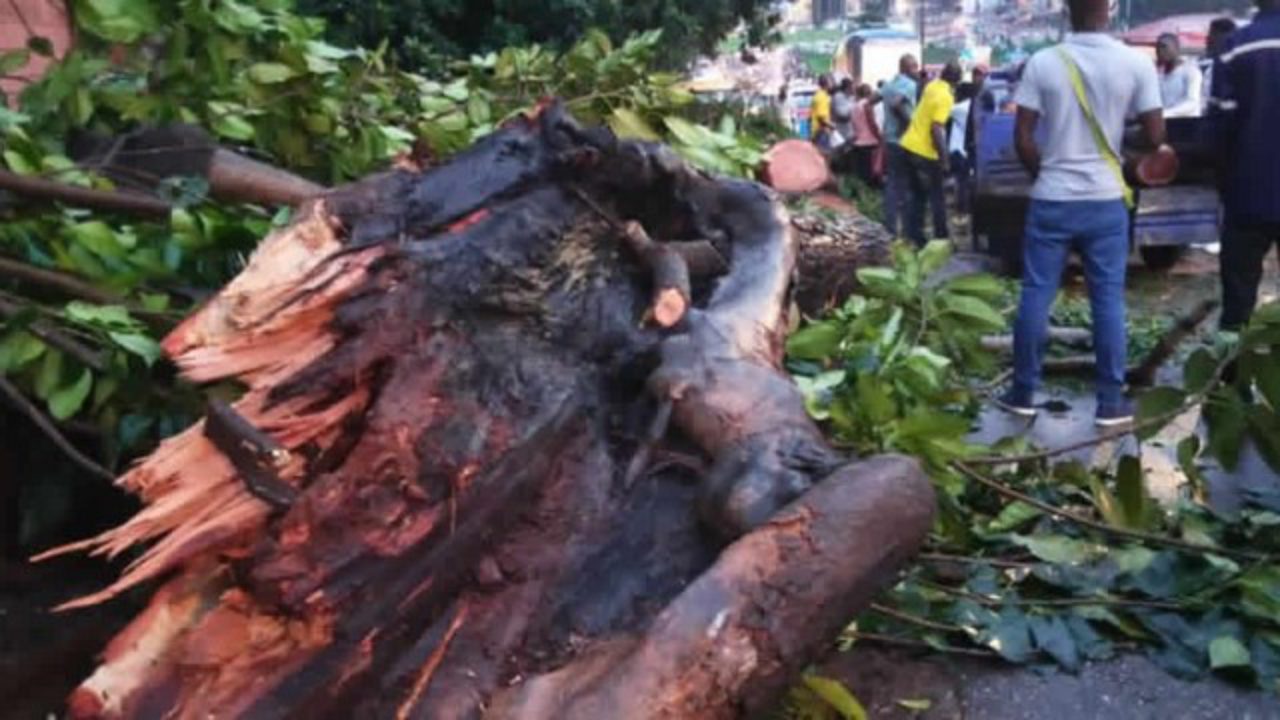 It was too late for him to escape as he was sitting on the boot of his car and the Neem tree fall on him.

Some  of  emergency service where quick called but they can't do any thing to save his life, because he is already died. It took the intervention of some chainsaw operators to cut through the trunk of the tree and find the lifeless body of the driver.