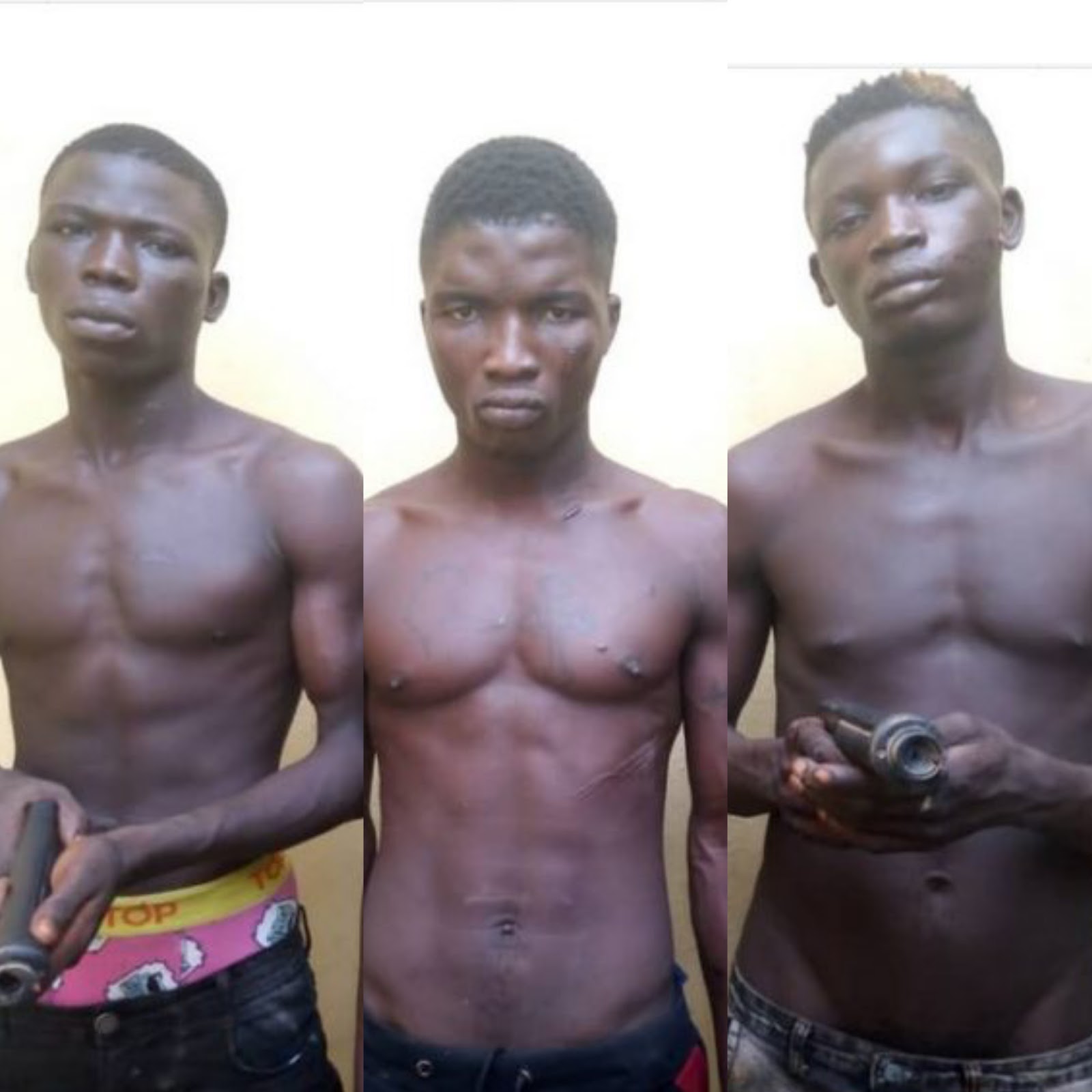 The armed robbers was arrested on May 24 following a distress call received by the DPO in Agbara divsion that the armed robbers have unvaded idanyin community and have been raiding from house to house to rob people.

from the distress call the DPO Agbara division SP Saleh Dahiru quickly led his anti- robbery team to the scene and met the robbers attacking the apartments of one Barrister known as KAMIEYEFA OMOSIVWE  and that of Oluyemi.

Form police report, the robbers launched an attack but were overpowered by the officers, three members of the gang eventually arrested with one got injured and one got escaped.

The name's of the arreted suspects are TOHEED SALAMI, IBRAHIM ISMAILA AND MICHAEL ABIODUN, the that has been injured on the incident has been taking to hospital to medical attention.