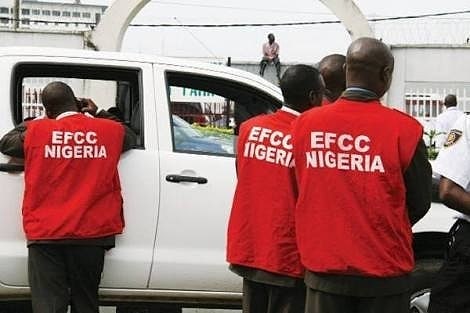 Abia state government drag The Economic And Financial Crimes Comission( EFCC) To Court over some stolen properties in the state.

The announcement  was made by the Asia State Attorney General Commissioner for justice of state chief Uche Ihediwa taking the EFCC to court while fielding question from newsmen.

He said some of the assets  sealed by the EFCC belong to the state government which entered into partnership arrangements with credible investors for the development of those properties under (PPP).

He also said the move of the EFCC as unwarranted and unlawful and further asked the agency to issue an unreserved apology the state within seven days in view of the inconvenience its action caused.

The Commissioner alleged that the EFCC who did not write the state government to find out the ownership are domiciled in the state ministry of lands before sealing it off.

The Independent made a report that Ihediwa maintained that the law established the EFCC makes it clear that the comission can only sealed property of persons under investigation.