WOMAN POUR HER HUSBAND HOT WATER FOR SLEEPING WITH ANOTHER WOMAN( PHOTOS). 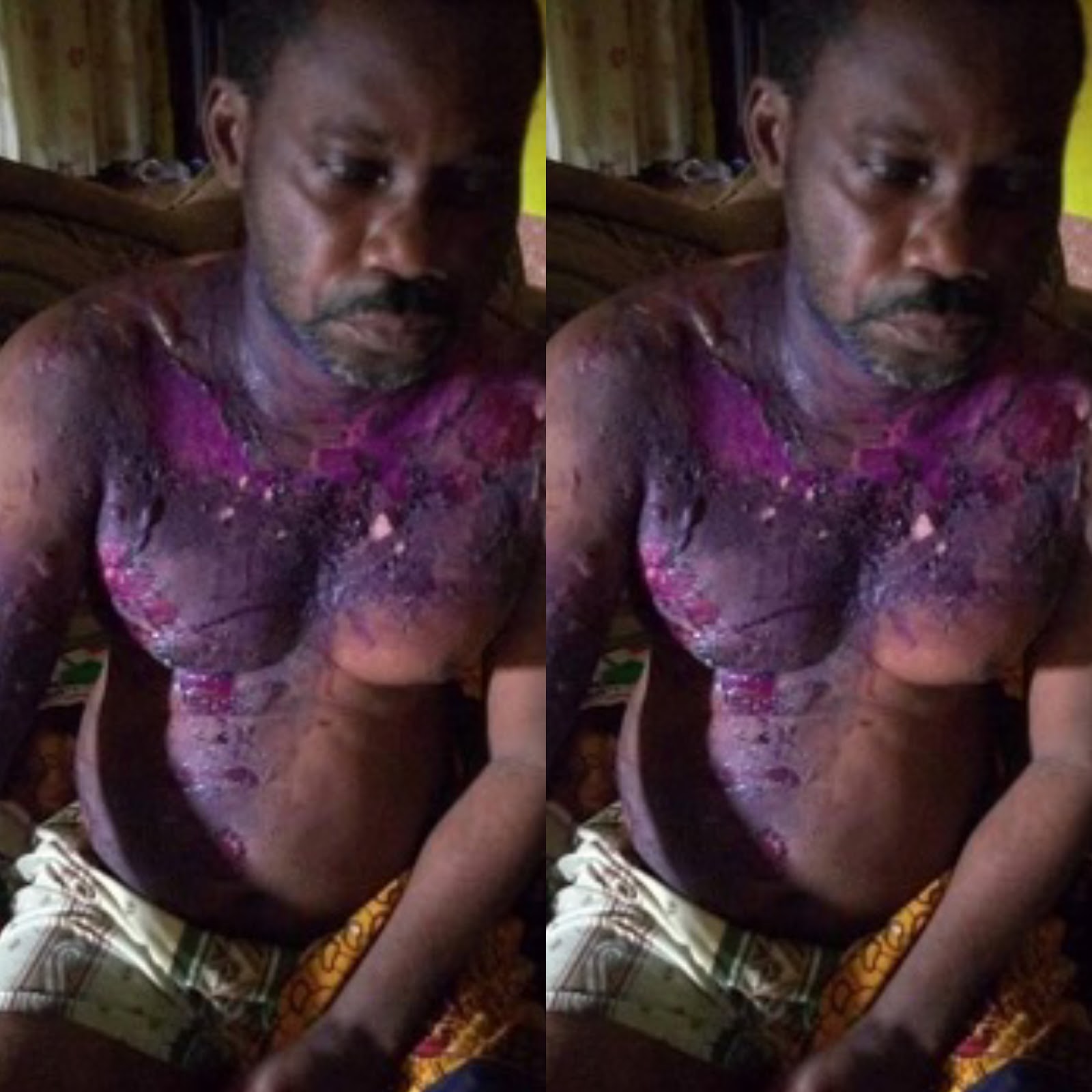 Man known as Mr oyinkro miebode was pour hot water by his wife when he was sleeping in his sitting room.

From the report, the incident happened along INEC Road in Kpansia area of Yenagoa LGA in Bayelsa state on 3red of June.

OYINKRI who reported the incident said the argument started on the evening been 2nd june, when he slapped her for insulting him because she saw him with someone discussing.

He also said that she called him from her office to meet her somewhere to pick up her phone by 8 pm for security purposes, because she will be late that evening after work by 6pm.

While hanging  around until it is 8pm he suddenly saw her walking pass him about 7pm, he ran towards her to notify her of his presence but instead she  got angry that he came to early than they agreed.

I than asked why is she angry that i came early, i also asked her why she didn't tell me she would be coming early as well.

That was when she started accusing me of monitoring her, she insulted me till we got home, i though that we could settle the matter at home.

So out of anger i gave her two warning slap and instructed her  to go to the bedroom and sleep, but at the point i receive a call for my friend for a private birthday party .

Unfortunately i returned home by 1am , so spend my night at my sofa in my living room,  after some minute she came around and pour me hot water.

One of his siblings that resides with them said,  they had a little quarrel in the morning on 2nd of june over a home issues, but she has been acting up lately.

On that day she kept  shooting and insulting him over the issue , but he couldn't bear that he got angry and slapped her.

All over everything, he left and went to sleep later she went to his Sister asking her if there was kerosene in the stove, bit unfortunately there was no kerosene.

But she went out and bought some kerosene to boil water to pour her husband, but i thought she want to boiled water for bathing or to make garri.

After all she poured the boiling water into a small bucket and went to the living room, while he was sleeping then poured it on him.

I wake up heard him shooting and scratching his body not knowing he was peeling his own skin.