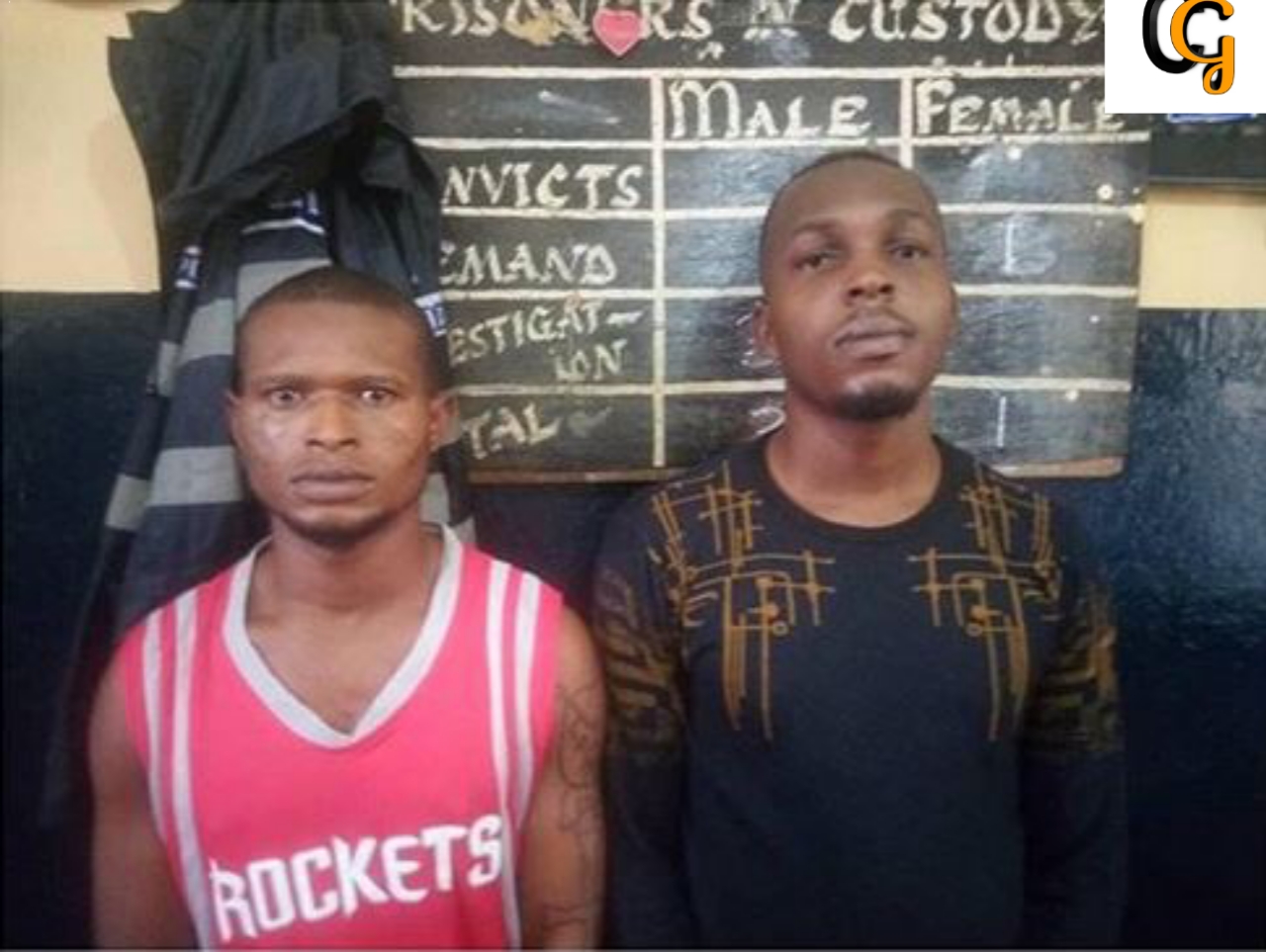 Nigerians known as Paul Okafor and Duru Favour has been arrested in Ghana for human trafficking.

According to the news: on July 12 , the  Winneba District Police Commander dispatched a police team to Gomoa Pomadze and they met three Ghanaians and a nigerian Charles Ikorohk. The police spokesperson said that Charles told the police that he met one Uzo in Kwame Nkrumah interchange area.

Who introduced him to a Nigerian known as Arisuezo, who hid him in a wall house with other young Nigerians and was locked up in a room. Also prevented him from leaving the compound and subjected to other Inhuman treatment as well as engaged in crime.

On 12 July he managed to escaped from the compound when he was asked to weed the compound and their supervisors went out with one of the victims to a mobile money vendor to withdraw cash fraudulently received.

The police spokeperson also said the Victims were brought in by their masters from Nigeria for human trafficking and were given targets to reach but were abused if they fail to meet target.

One of the suspects known as Michael Arisuezo is Currently on the run calling on the general public to provide information leading to his arrest, police command explained that 36 laptops were also retrieved from them.

The owner of the house where the Nigerians were hid is on police enquiry bail, the 39 Victims have been handed over to the Central Regions Anti Human Trafficking Unit and are currently kept at a shelter centre.