FIVE PEOPLE DEAD AS A REPORTS OF WRONG OVERTAKING BY A CAR DRIVER IN ENUGU. 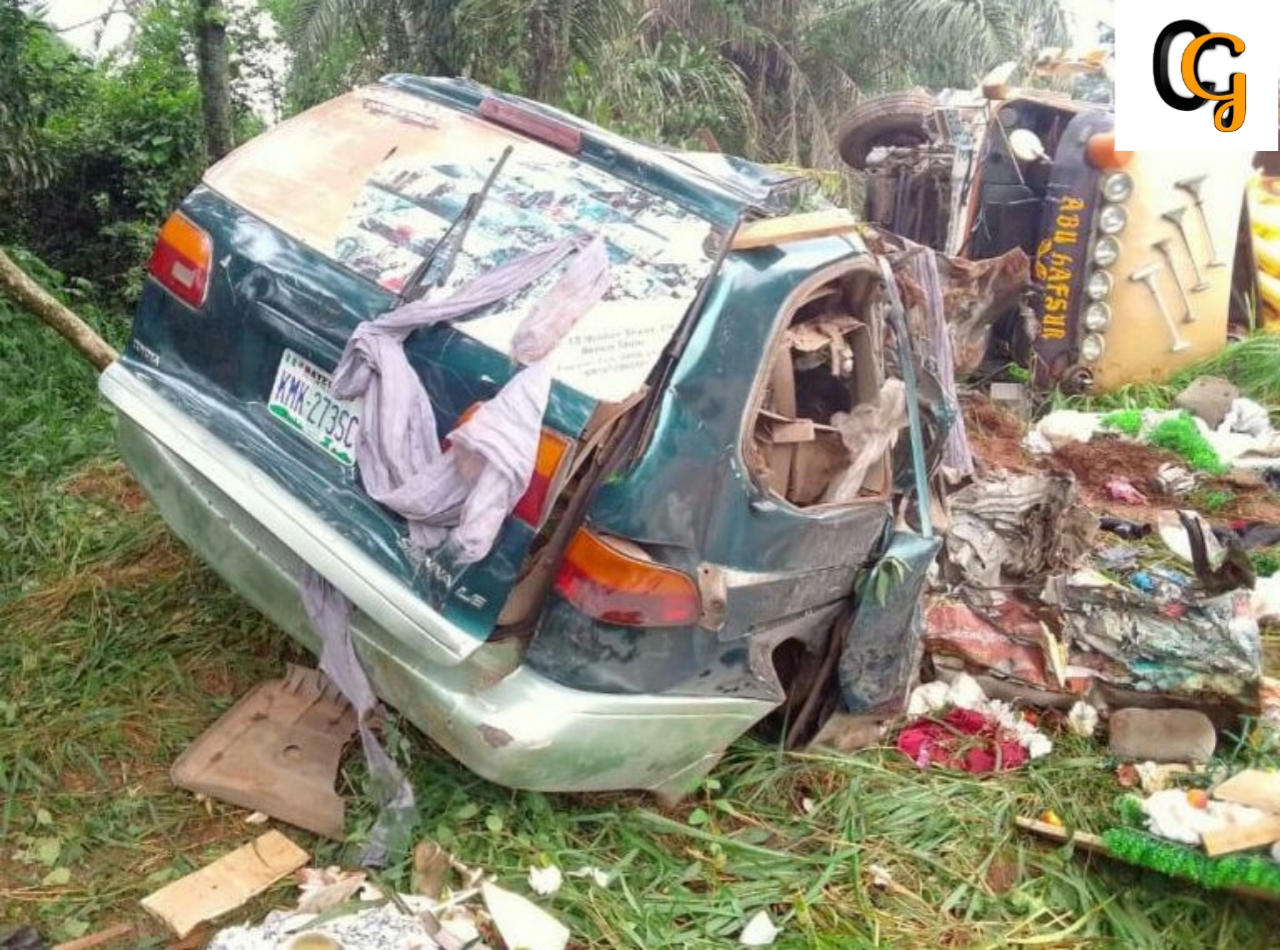 Five people confirmed dead and two people injured in a badly accident cause by a wrong overtaking  in Nsukka-Obollo road in Enugu state.

According to the news, the incident was confirmed by the Federal Road safety corps(FRSC) Sector Commander, Mr Ogbonnaya Kalu said the incident occurred on friday at Kpokpo Junction.