LADY CRIED FOR JUSTICE AFTER HER BROTHER DIED IN A HORRIFIC ACCIDENT AT HIS WORKING PLACE,(PHOTOS). 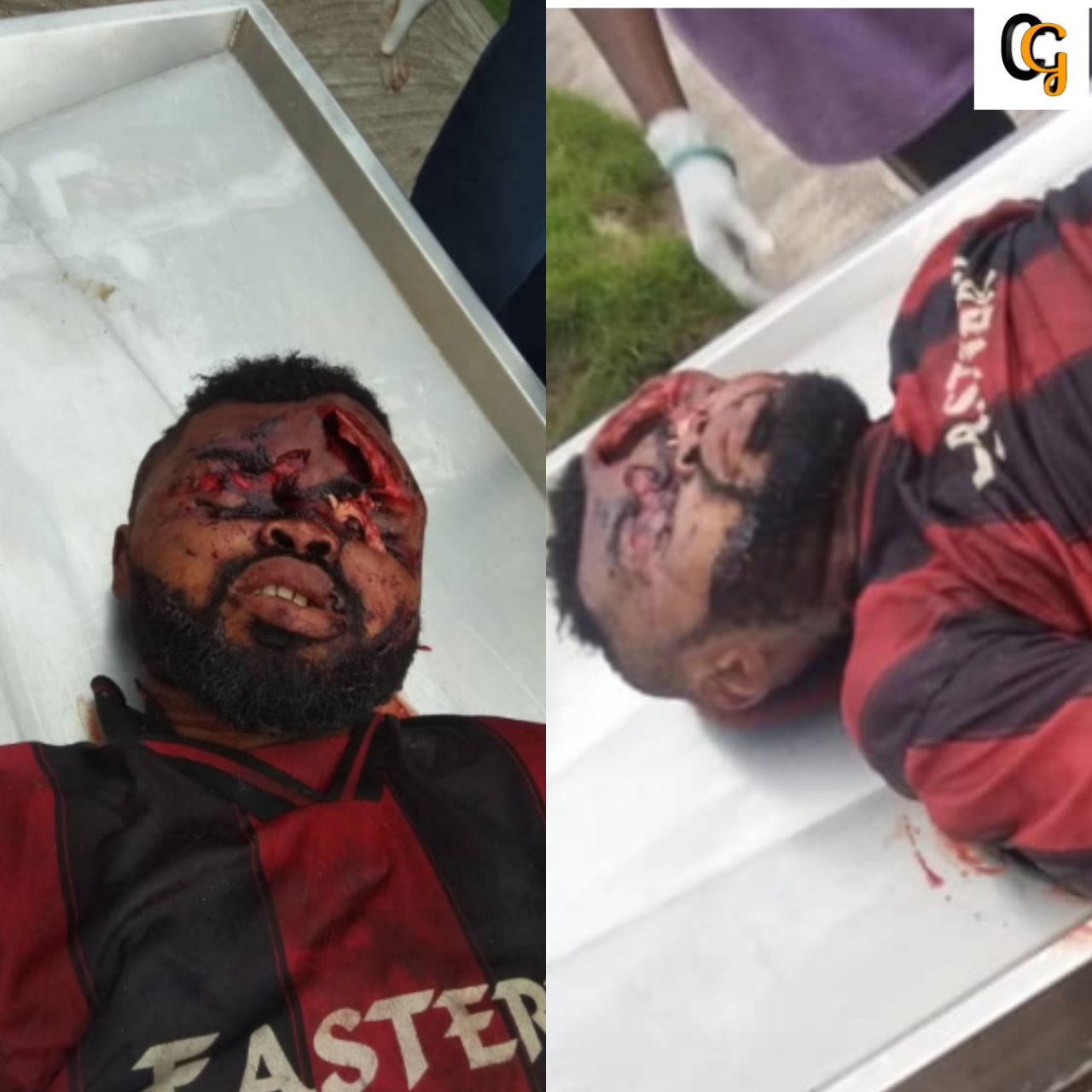 Lady cried for justice after her brother died in a horrific accident at his working place, while  the company trying to cover up his death.

According to the news, her brother worked for a steel industrial company in Amuwo Odofin and  a occupational hazard take his live aways, she further said that the company is trying to cover up her brother death .

Now she has ask Nigerians to help her get justice for her brother death, she said "i lost my brother yesterday been july 16 to an accident at work, he works with saba steel industrial company at amuwo odofin we were not told what happened until we got to hospital his corpse was not shown to us until we start fighting with people  from the company".

Some photos of her brother was shared by her and she wrote "The accident we were told it was a minor accident on his arm, after we got to the hospital with plenty fight  and shouting we were allowed to see our brother this was what we saw my brother head was splinted into two that was why they were hiding the corpse telling us we are muslim let them dress him up for burial.

A video was shared by her she wrote, "they want to sweep under the rug they are telling  is insurance cover him that all we are hearing my brother his a graduate no work thats why he was working with the company they killed him and they are not telling us how it happened" 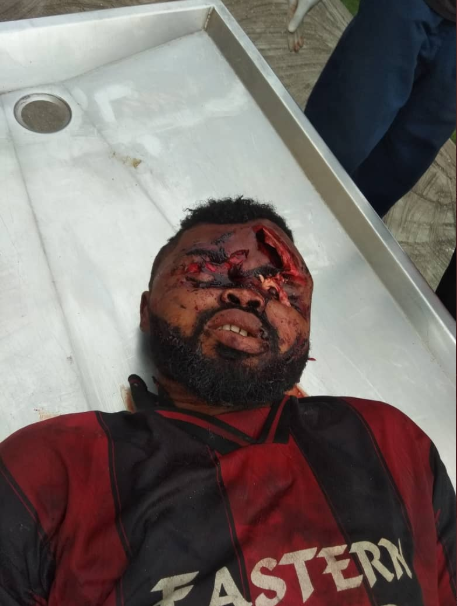 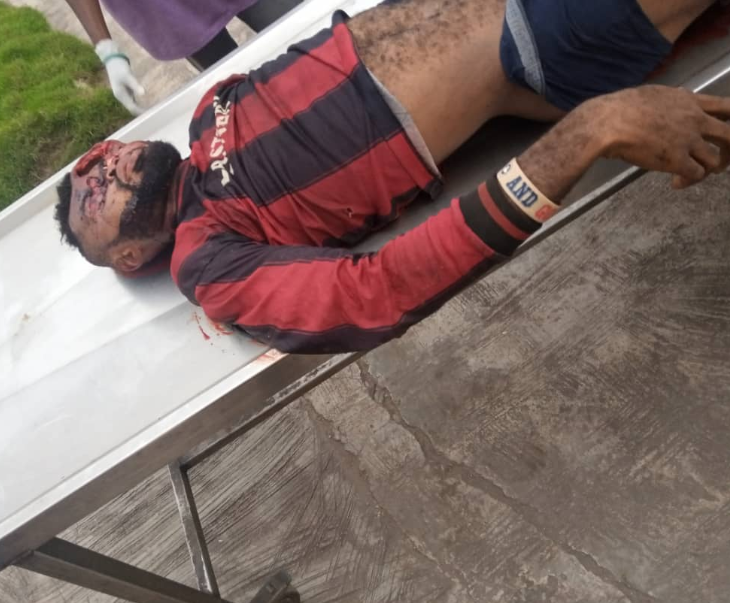 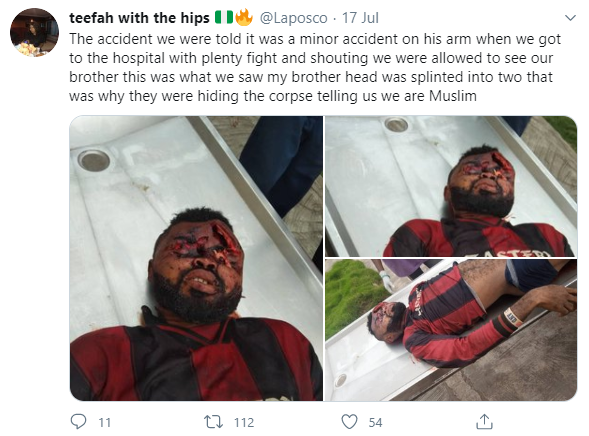 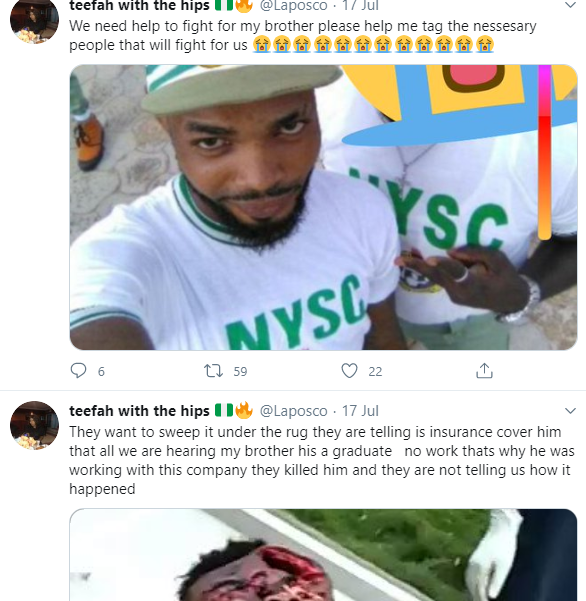