MAN CHAINED HIS WIFE TO A PILLAR AND RAN AWAY WITH THE KEY AFTER BEATEN HER UP. 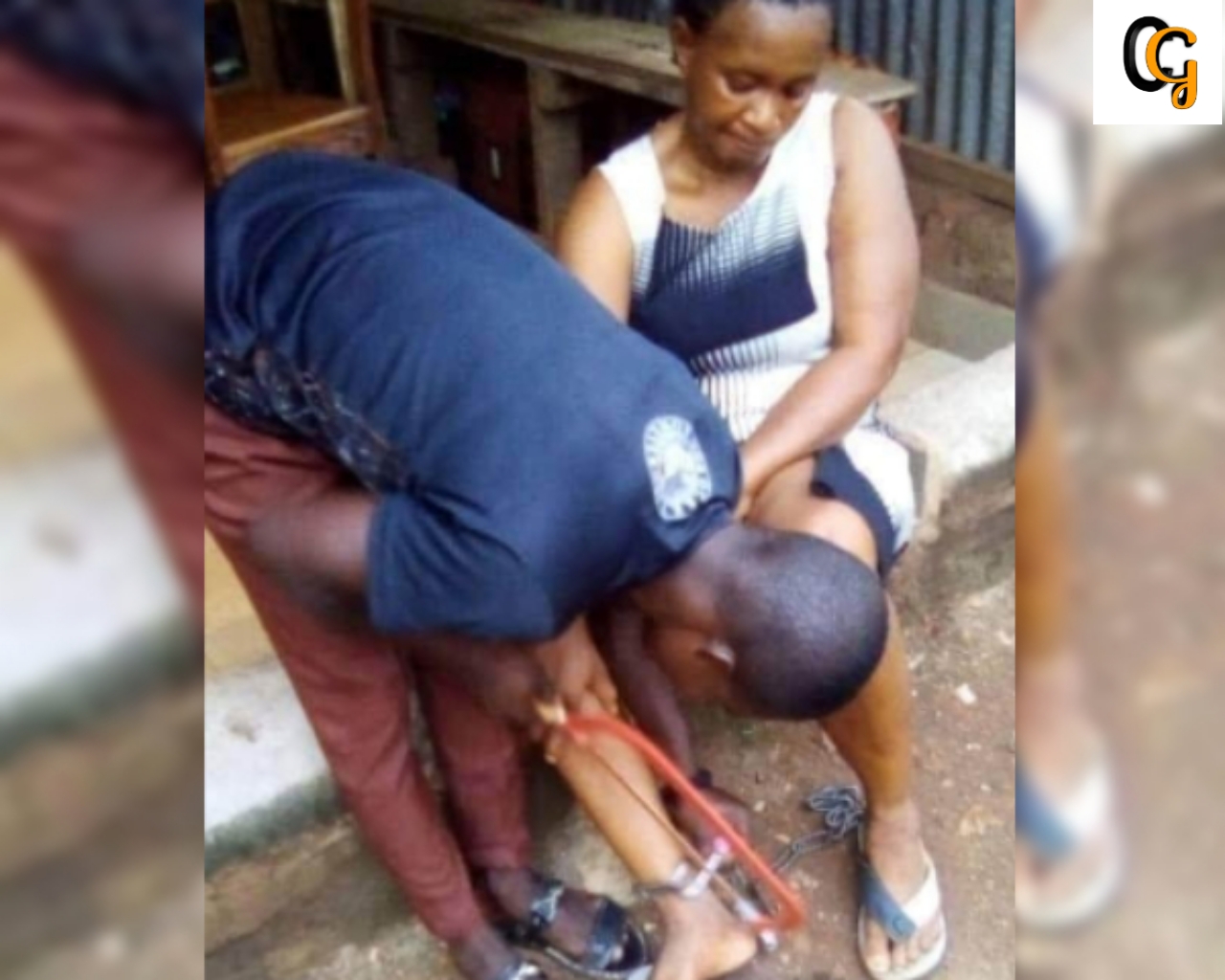 Man identified as Uche Chukwuani chained his wife to a pillar for 18 hours and run away with the padlock key in Ebonyi State.

According to the news,  the incident happened at No 1 Ike street in Abakalikii as woman  identified as  Mrs Ngozi Chukwuani was chained to a pillar by her husband, it was revealed that they daughter attempted to save her mother from her father who was beaten his wife and the father hit his daughter's head with the same chain and chaind his wife also run away.

She was later rescued by men of the Ekeaba police division and set the woman free took great efforts because the key was not available.

They had to hire welder to cut through the chains to free her, as it happened on Monday been 27 July 2020.

According to Mr. Saint Nchekwube Anakor, special Assistant (SA) to the state Governor on security and Utility, disclosed the incident to the journalists in Abakaliki. He said the woman was chained for 18 hours before she got rescued, the couple are married with children, from Enugu state.

He also said, he brought a welder who cut the chain. As her husband had ran away with the key, the policemen from Eke aba division Abakaliki visited the incident and were already investigate the case.

He assured that the man must be punished and face the law,